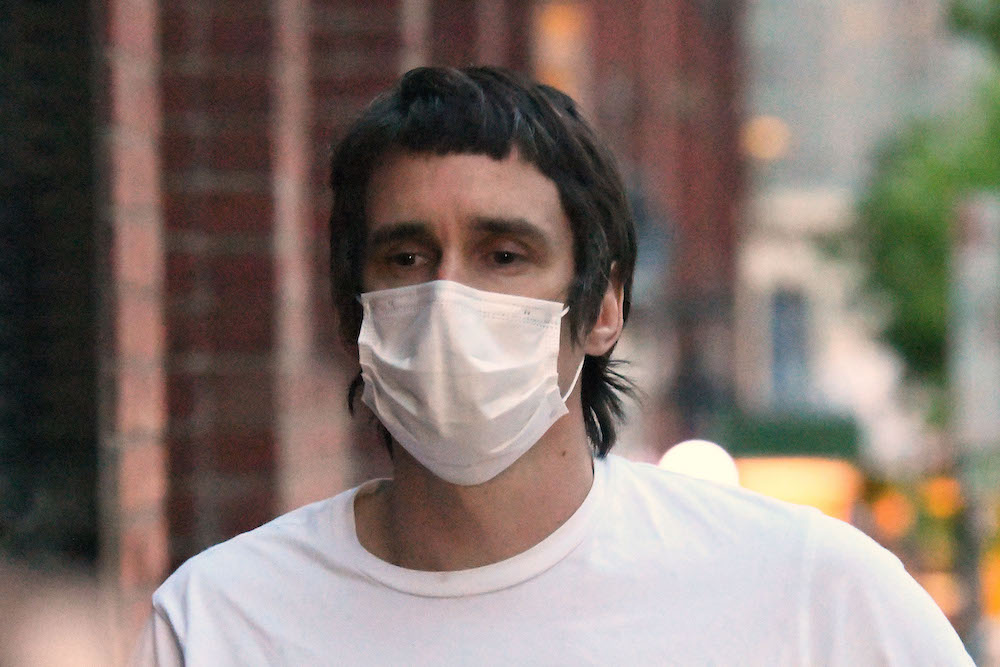 (CNN) — An Australian court has jailed a man for 10 months after he drove dangerously and then filmed and mocked dying police officers at the scene of a deadly crash.

Richard Pusey was charged with reckless driving, possession of drugs and outraging public decency through his subsequent actions, which the sentencing judge in Victoria’s county court described Wednesday as “heartless, cruel and disgraceful.”

There was no trial after Pusey pleaded guilty last month to all three charges. He attended Wednesday’s sentencing via video link from prison.

The 42-year-old was speeding on a Melbourne freeway in his Porsche 911 coupé in April last year when police officers Lynette Taylor and Glen Humphris pulled him over, according to court sentencing documents. Two other police officers, Kevin King and Josh Prestney, arrived at the scene shortly after.

Pusey was under the influence of cannabis and MDMA at the time, according to the documents.

All four officers stood outside their vehicles in the emergency lane while Pusey urinated on the side of the freeway. A truck towing a trailer veered into the lane and struck the police officers, fatally injuring them.

After the collision, Judge Trevor Wraight said in his sentencing, Pusey purposefully walked around the crash site filming and taking photographs of the dying or dead officers while giving a running commentary and zooming in on their injuries.

Pusey’s phone was seized by investigators and the video, which lasted more than a minute, showed one officer on Pusey’s Porsche as her arm hung through his sunroof after the truck had crushed her legs. Another officer’s leg was jammed between the truck’s bullbar and his sports car.

As other witnesses tried to help the injured, Pusey could be heard in the video saying that this was “justice” and that he’d have to get an Uber home, Judge Wraight added.

Pusey did not help the victims himself, and instead began a second, longer recording, zooming in on an officer’s name tag as other witnesses asked him to stop what he was doing.

He continued to focus on the officers’ injuries even after other witnesses had covered some of the bodies in blankets, the judge said.

Pusey fled the scene and later showed the video footage to staff at a drugstore and general practitioner’s office, before sending photographs to three people.

The former finance broker had a criminal history that included numerous driving offenses, according to court documents.

In his sentencing remarks, Judge Wraight stressed that Pusey did not cause the deaths of the four police officers, but that what he did was “extremely insensitive and heartless.”

Pusey’s lawyer did not immediately respond to CNN’s request for comment. In an interview with police the day after the accident, according to the judge, Pusey said his behavior was “derogatory and horrible” and that he was ashamed of the footage.

“Each and every one of us will face our mortality one day. When his day comes, I hope that he faces the same coldness and the same callousness which he provided my members when they faced theirs,” Wayne Gatt, secretary of the Police Association Victoria, told CNN affiliate 7News Melbourne after the verdict.

Earlier this month, VIctoria’s Supreme Court sentenced Mohinder Singh to 22 years in prison, after the truck driver responsible for the collision pleaded guilty to causing the death of the officers. The court found him to have been high on drugs and incapable of controlling the truck, said Justice Paul Coghlan during sentencing, who added that the event “shocked the public conscience.”

The death of the four police officers has shocked Australians. Taylor and King both left behind spouses and children while Humphris and Prestney were new, young recruits.