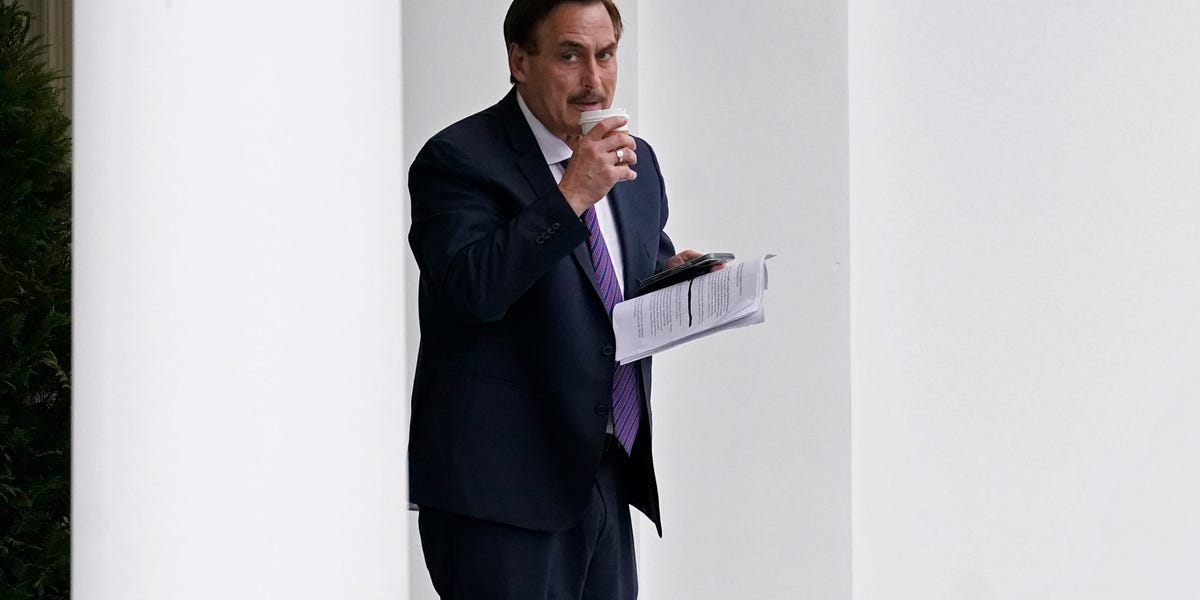 Lindell has now said that he didn’t write the notes, he hadn’t read them prior to his meeting with Trump, and that he never actually spoke to Trump about martial law.

Lindell’s meeting with Trump on January 15, Trump’s last Friday in office, went viral after Washington Post photographer Jabin Botsford shared photos of the notes, which Lindell was carrying before the meeting. The meeting happened nine days after pro-Trump rioters stormed the US Capitol.

“I had four papers of the evidence, and then these lawyers – there’s a whole team of lawyers, like 23 lawyers – they had given me two pieces of paper, and said if you get a meeting go ahead and you can deliver this,” Lindell said.

Kimmel said this made Lindell look like the lawyers’ “paper mule.”

Lindell said that he gave Trump the papers and added that Robert O’Brien, then Trump’s national security advisor, was present at the meeting.

Botsford’s photographs showed a number of phrases, including: “Insurrection Act now as a result of the assault on the … martial law if necessary upon the first hint of any…”

The notes also contained the phrase “Move Kash Patel to CIA acting,” and “… foreign interference in the election trigger [illegible] powers. Make clear this is China/Iran.”

Read more: The MyPillow guy says God helped him beat a crack addiction to build a multimillion-dollar empire. Now his religious devotion to Trump threatens to bring it all crashing down.

Lindell told Kimmel that he visited Trump in the White House to discuss voter fraud and to bring evidence of a Chinese cyberattack that “flipped” the result of the election.

Lindell, a staunch Trump ally, has repeatedly spread debunked claims that the election was stolen from Trump, and has previously said, without evidence, that voting-technology companies Dominion and Smartmatic, Twitter CEO Jack Dorsey, and cyberattacks from China were all part of an election fraud.

Dominion filed a $1.3 billion defamation lawsuit against both Lindell and MyPillow in February after he claimed that their voting machines had switched votes from Trump to Biden. Lindell has since filed a motion to dismiss Dominion’s lawsuit and MyPillow separately filed a $1.6 billion lawsuit against the company, claiming Dominion was trying to stifle free speech and engaging in “cancel culture” against those who question it.

During Wednesday’s show, Kimmel also grilled Lindell on his voter-fraud conspiracy theories and his new social-media site, Frank. Lindell also said that he still speaks to Trump once a month, and that their most recent conversation was about Trump’s border fears.