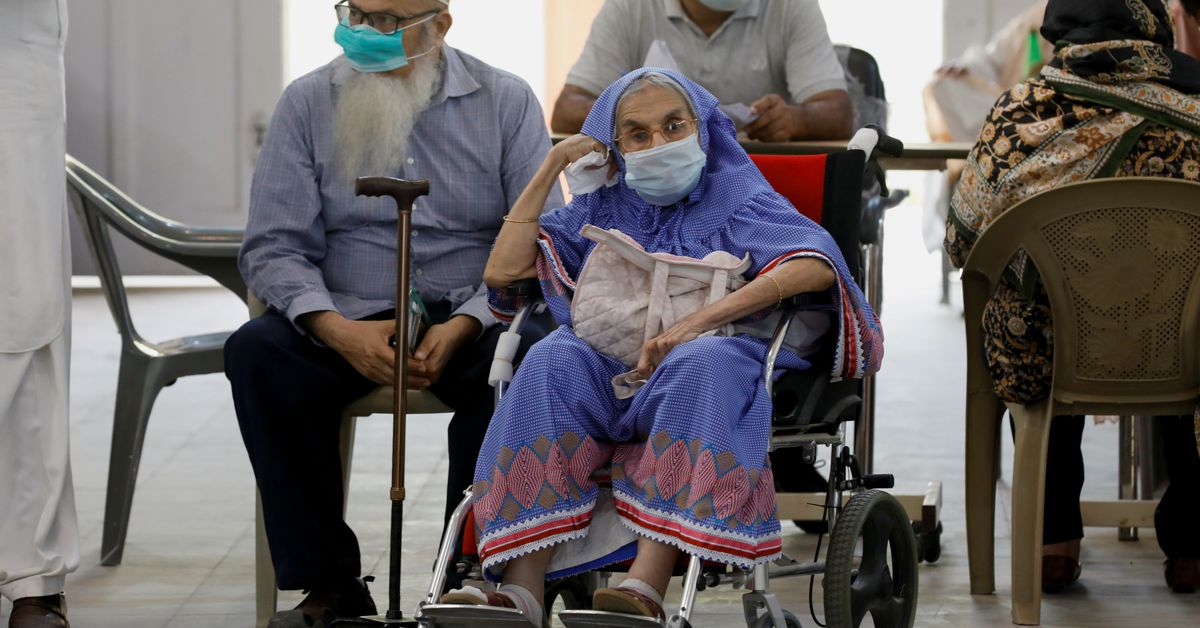 Pakistan recorded more than two hundred COVID-19 deaths in a day for the first time since the start of the pandemic on Tuesday, as the government said it was considering stricter lockdowns.

A total of 201 new deaths were recorded on Tuesday, bringing the country’s overall death toll from the virus to 17,530, according to the National Command Operation Center (NCOC), which oversees the government’s pandemic response. The previous highest daily death count was 157 recorded on April 23.

Only around two million vaccinatations have been administered in Pakistan, and the country has struggled to procure supplies to cover enough of its population.

Officials have said health care facilities are at risk of being overwhelmed. Pakistan has very limited health resources, with ventilators and oxygen in short supply.

Around 6,286 COVID-19 patients were being treated in 631 hospitals on Tuesday, and more than 70% of ventilators and oxygenated beds were occupied in hospitals in many major cities, according to the NCOC.

On Monday, Pakistani army troops were deployed in 16 major cities with high positivity rates, to assist civilian law enforcement in enforcing measures meant to curb the spread of the coronavirus, including the wearing of masks in public and the closing of non-essential businesses after 6pm.

Stricter measures were taken in a handful of cities with the highest positivity rates this week, and on Tuesday Health Minister Faisal Sultan warned such steps could be extended to other areas if the public did not heed advice on social distancing, wearing masks, and other precautionary measures, especially during the holy Islamic month of Ramadan with the upcoming Eid holiday next month.

“Please keep your Ramadan and Eid simple this year, so we can fight this disease and get through this difficult situation,” Sultan said.

The southern province of Sindh announced intercity transportation will be halted starting April 30, and remain in place through May 17, just after the Eid holiday.