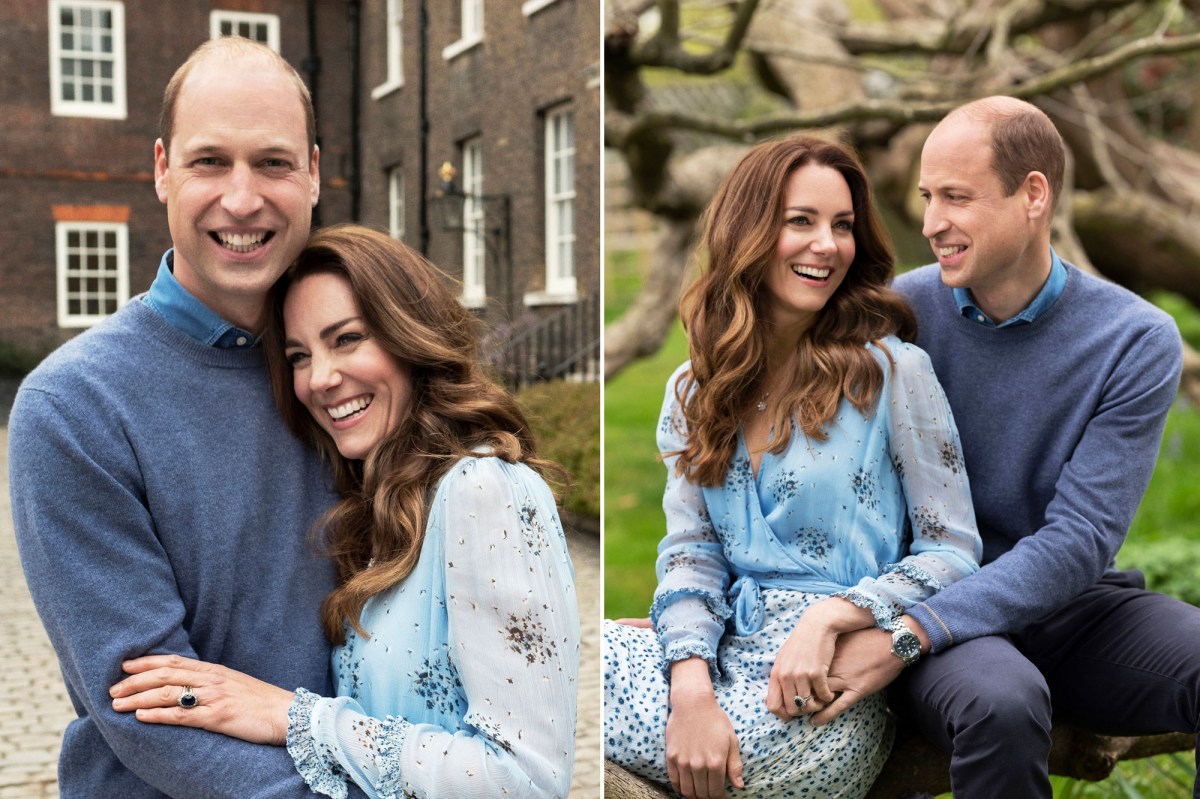 Prince William and Kate Middleton have released a new set of portraits to celebrate their 10-year “tin” wedding anniversary.

In the shots — taken at Kensington Palace this week by photographer Chris Floyd — the pair match in blue ensembles, with William in a shirt and sweater combo and Kate in a wrap dress.

You’ll recall that William, 38, and Middleton, 39, wed in Westminster Abbey on April 29, 2011, and have since gone on to welcome three children: Prince George, 7, Princess Charlotte, who turns 6 on Sunday, and Prince Louis, 3.

The pair were on official duties this week in northeast England on Tuesday, meeting with youngsters aided by the Cheesy Waffles Project, designed to help those with learning disabilities transition into adulthood.

People Magazine notes that “there was a poignancy to the timing of their visit,” as the CWP is partially funded by an organization called the Key, which itself was one of 26 groups given an infusion of funds in 2011 when William and Kate asked for donations to their Royal Wedding Charitable Gift Fund in lieu of presents.

In decidedly less warm and fuzzy royal news, any rapprochement between William’s brother Harry and senior members of the royal family reportedly hit the skids last week, pinned on continuing leaks “from the Sussex side,” according to The Sun.

Harry met privately with William and their father, Prince Charles, following Prince Philip’s funeral for a stab at reconciliation following the continuing drama over Harry and wife Meghan Markle’s bombshell Oprah Winfrey interview — and, more broadly, Megxit — though any progress they made at that talk was temporary.

Harry and Meghan biographer Omid Scobie recently claimed Markle had spoken to the Queen, “[breaking] the ice for future conversations,” but added that “outstanding issues have not been addressed at any great length.”