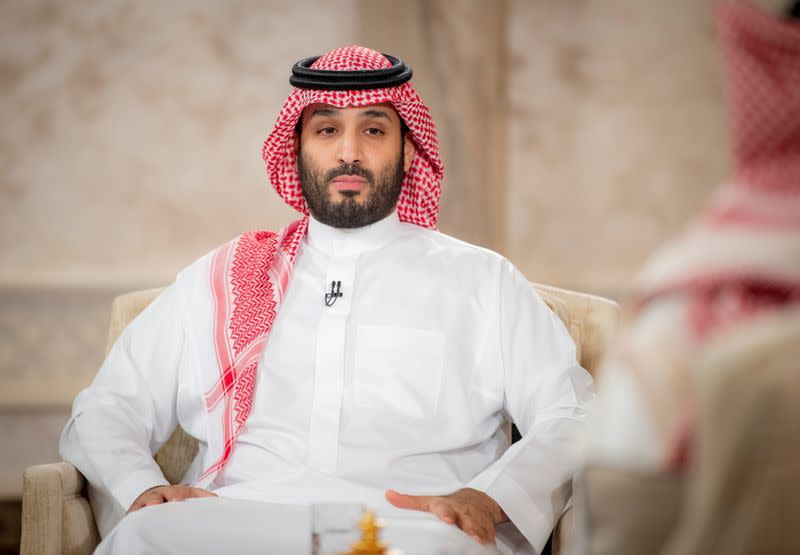 In an interview aired on Saudi state TV late on Tuesday, he said the kingdom had set up a Budget Bureau to take over setting the state budget from the finance ministry, and would by the end of this year launch a new Policies Office.

“Policies today are being translated by committees but in the future (this) dedicated office…will issue orders to ministries to implement the prepared strategy with clear roles and objectives,” he said.

The moves continue a shift of policy decisions away from traditional bodies such as the finance ministry and central bank, starting with the formation of a Council of Economic and Development Affairs, headed by the prince, after his father King Salman took the throne in 2015.

Prince Mohammed, who became crown prince in 2017 in a palace coup that ousted his predecessor, has consolidated his hold over the main levers of power in the world’s largest oil exporting country.

He also serves as minister of defence, head of the supreme council for state-run oil company Saudi Aramco, and chairman of sovereign wealth fund, the Public Investment Fund, the main engine tasked with delivering on his diversification agenda.

“The role of the state is expanding as part of diversification goals, which is a little contradictory but also a sign of government accountability and service delivery,” said Karen Young, resident scholar at the American Enterprise Institute.

“As for the finance ministry, this does seem to take some policy input away, especially in also shutting down the discussion of further tax implementation,” she said.

In the interview, the crown prince said the kingdom had no plans to introduce income tax and that a decision last July to triple value-added tax to 15% was temporary.

The crown prince said that before King Salman assumed power the “situation of the state was weak”, with ministries lacking strategy and no public policy.

“Nothing will be achieved without a strong state position that draws policies and sets strategies and aligns them with the different entities,” he said in the TV interview.

(Reporting by Ghaida Ghantous and Davide BarbusciaEditing by Mark Heinrich)