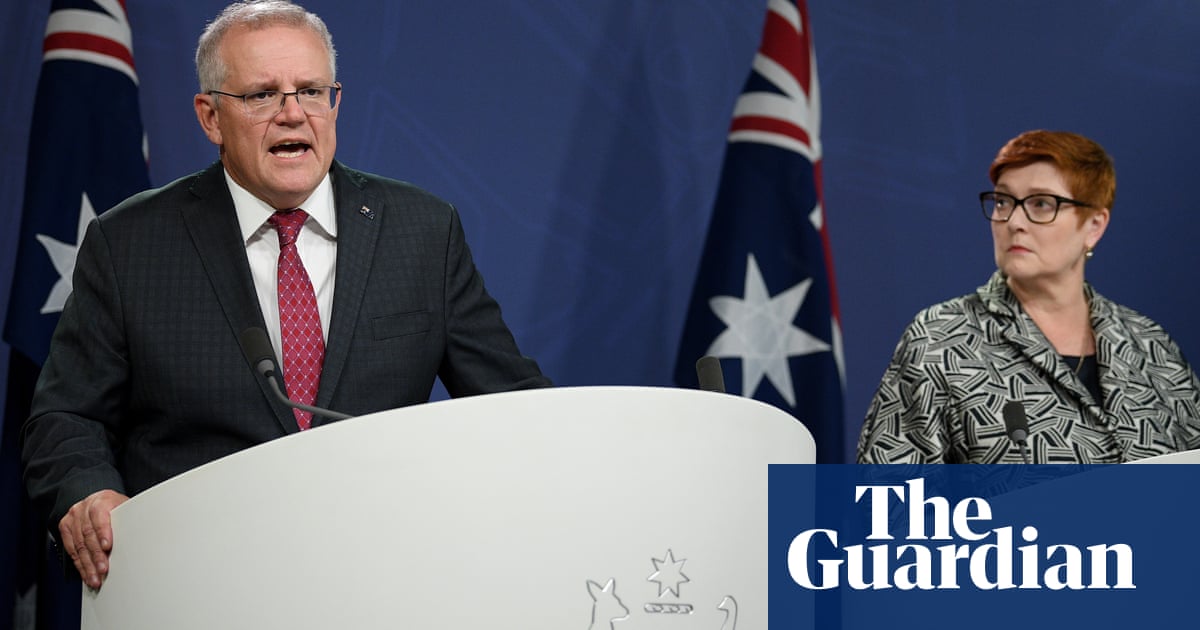 Australia will immediately suspend all passenger flights from India and send an initial humanitarian support package to the Covid-ravaged country, including supplies of oxygen concentrators and personal protection equipment.

Announcing the measures as an “initial package of support” with more aid to follow, the prime minister, Scott Morrison, said a meeting of the national security committee of cabinet had agreed to further restrict flights given the worsening situation in India over the past week.

He also confirmed that Australia’s cricketers playing in the Indian Premier League would not be given any special treatment, with vulnerable citizens to be given priority when flights resume.

The decision leaves more than 9,000 Australian citizens who have registered with the Department of Foreign Affairs in limbo, 650 of whom are considered vulnerable.

India is in the grips of a devastating second wave of the Covid-19 pandemic, with the daily number of cases topping 320,000 and conservative estimates of 17.6 million people infected.

Overwhelmed hospitals are running out of oxygen and more than 2,800 people are dying each day. In the capital, New Delhi, one person is dying every four minutes.

Morrison said a “concerning” increase in the percentage of cases in Australia’s hotel quarantine that had their origins in India had led to the decision to suspend flights, but the government was hopeful of resuming them after 15 May with a new testing process in place prior to departure.

The new testing requirements prior to “uplift” will include a polymerase chain reaction (PCR) test, and a rapid antigen test.

“This is a rapidly escalating situation,” Morrison said. “We took a series of decisions last week, we believed today we needed to go further with the pause.”

Indirect flights have also been restricted, meaning travel through third countries such as Singapore from India would also be stopped. Currently, direct flights are only arriving to Sydney and Darwin, but some people who have tested Covid positive in hotel quarantine in South Australia and Western Australia have come via indirect flights.

“It’s very important that we might be in close contact with them over the course of what will be a highly stressful period for those Australians who are caught up or had family members affected by this humanitarian crisis in India,” Morrison said.

“We are very keen to ensure that they know that we are standing with them during what is an incredibly difficult time for them and their families and their communities.”

The federal government also confirmed eight scheduled Dfat flights due to return from India in May would be paused, with the situation to be reassessed ahead of 15 May.

“We will resume the repatriation flights from India,” Morrison said. “That’s what exactly we will do. And we will work through our consular offices in India to ensure that we’re focusing those repatriation flats on the most vulnerable who need our help.”

The prime minister also defended the hotel quarantine program, saying more than 140,000 people had successfully transitioned into the community through the program which had a “99.99% effectiveness”.

“I think there’s not a country in the world who wouldn’t want a quarantine system that has been working as effective as that,” he said. “But it is not 100% foolproof, and in .01 percent, in fact less, of cases you will see occasional breaches, so I make no criticism of any state or territory government that on occasions we will see breaches.”

Almost 20,000 people have returned to Australia from India since March last year.

The foreign affairs minister, Marise Payne, acknowledged India’s generosity in supplying vaccines it had manufactured to other countries, exporting more than 60 million doses including to Nauru and Fiji.

She said that the government would resume flights as soon as possible, and “increase their frequency if we are able to”.

Australia will also procure 100 oxygen concentrators, along with “tanks and consumables”.

Last week, a meeting of national cabinet announced that flights from India would be cut by 30% because of a spike in cases arising from returned travellers.

The decision came after the most recent WA outbreak, which led to a snap three-day lockdown, once again raised fears about the safety of hotel quarantine and the significant threat of airborne transmission in spreading Covid-19.

The Perth cluster reportedly came from a man who had travelled to India for a wedding and returned to quarantine at the Perth Mercure hotel.

On Sunday, the WA premier, Mark McGowan, complained that although outbound travel was banned, federal exemptions had allowed people to attend “weddings” and “athletics meets” overseas. The Victorian government has joined calls for a tightening of travel restrictions.

Public health experts have been calling for an urgent fix to the problems with hotel quarantine, while the WA government has been urging the commonwealth to repurpose immigration detention facilities and airbases. The federal government insists these are not fit for purpose and maintains the states are responsible for quarantine arrangements.

The federal Labor leader, Anthony Albanese, welcomed the support package, saying the “people of India are in the midst of a crisis and Australians stand ready to help”.

“We must help our friends in need,” he said on Twitter. “An estimated 10,000 Australian citizens and permanent residents stranded in India. With the pausing of flights, they are now trapped.”

“The Morrison Government has failed to provide a national quarantine system. If hotels aren’t suitable, they need to build an alternative.”