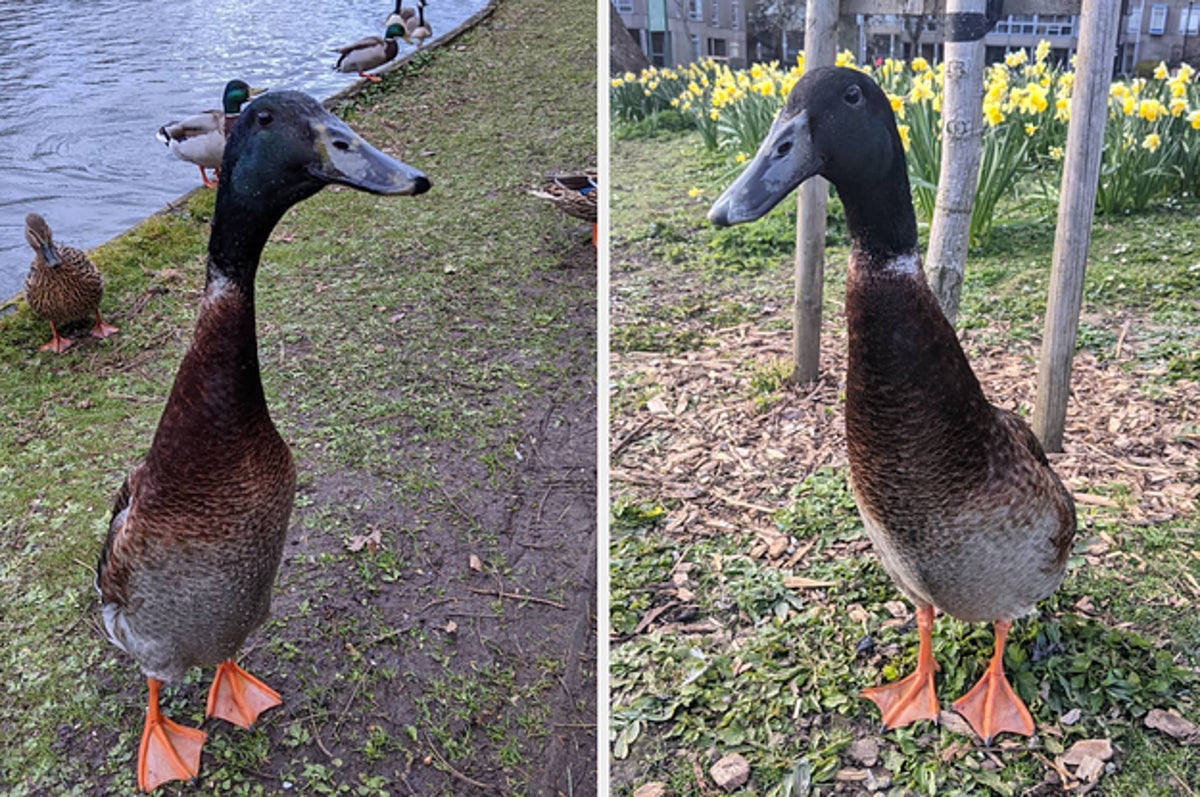 A duck called “Long Boi,” who lives on a college campus in the UK, has gone viral on Twitter after someone posted a photo of the animal. People were amazed by just how long Long Boi is.

The duck has been popular for a few years around his home of York University, where he has actually received an honorary degree. He was also ranked the most popular waterfowl by another UK university.

The duck is so well liked that two biology students at the University of York created an Instagram page for Long Boi. They told BuzzFeed News they created the account after seeing him around on campus and feeding him for a while.

“We believe he had been abandoned/released on campus as an unwanted pet,” they said. They said Long Boi didn’t initially fit in with the other ducks.

The students said they made the account because they just wanted somewhere to share the photos they took of Long Boi.

“Then he started to become quite famous just on campus. He has a lot of fans here at York,” they said, adding people often submit photos to be used.

The love for Long Boi has even led to people looking for the duck when they are visiting on university open days.

Long Boi lives free range on the campus, with all the other waterfowl. The students said the university has a dedicated grounds team that makes sure that all the ducks and geese are healthy and well fed.

“Then we also have a big student population that like to feed the birds. … Our campus shop even stocks birdseed. We really do love our ducks here at York,” they said.

Sorgente articolo:
This Duck Called “Long Boi” Is Going Viral For How Tall He Is – BuzzFeed News