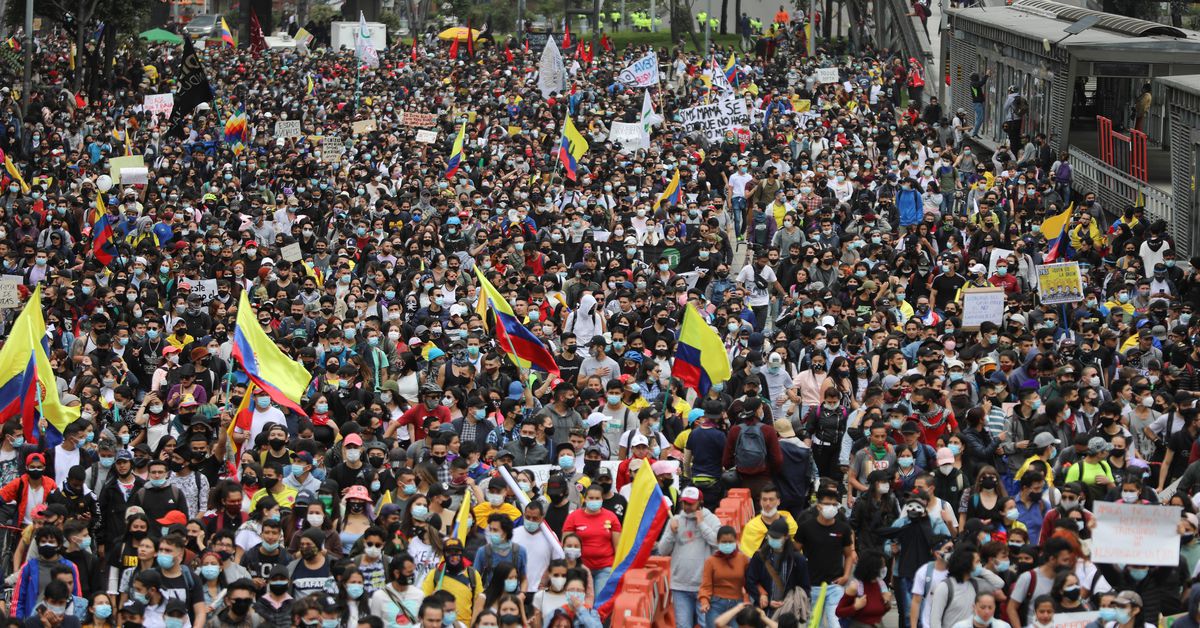 Thousands of protesters answered calls from Colombia’s biggest unions to fill streets across the country to demonstrate on Wednesday against a controversial government tax reform.

Unions insisted the strike would go ahead despite a court order to postpone the protests on concerns about a third coronavirus peak that is stretching the health system to breaking point. The Andean country has reported more than 2.8 million coronavirus cases, of which 106,482 are active. More than 72,000 people have died.

The proposed tax reform was originally meant to raise about $6 billion, equivalent to 2% of gross domestic product (GDP).

However, earlier on Wednesday finance official Juan Alberto Londono said the government could lower the targeted sum to between 18 trillion and 20 trillion pesos ($4.8 billion to $5.4 billion) as it looks to build consensus among lawmakers.

The government is proposing a suite of new or expanded taxes on individuals and businesses, as well as reducing or eliminating many tax exemptions, including on product sales.

“This protest is legitimate as it represents a national rejection of the economic and social policies of this government,” said Francisco Maltes, president of the Central Union of Workers (CUT).

He said on Facebook the reform would “plunder the pockets of (ordinary) Colombians, while not touching even a hair of the super-rich.”

The reform is crucial for Colombia to keep its investment grade debt rating, according to the government.

The city of Cali put in place a 1pm curfew and deployed the army after several buses were burned.

Wednesday’s protests are the most recent in a series of marches which began near the end of 2019 against the social and economic policies of President Ivan Duque, who leaves office next year.

Strike leaders will meet on Wednesday afternoon to take a decision about another protest planned for Saturday, Maltes said.