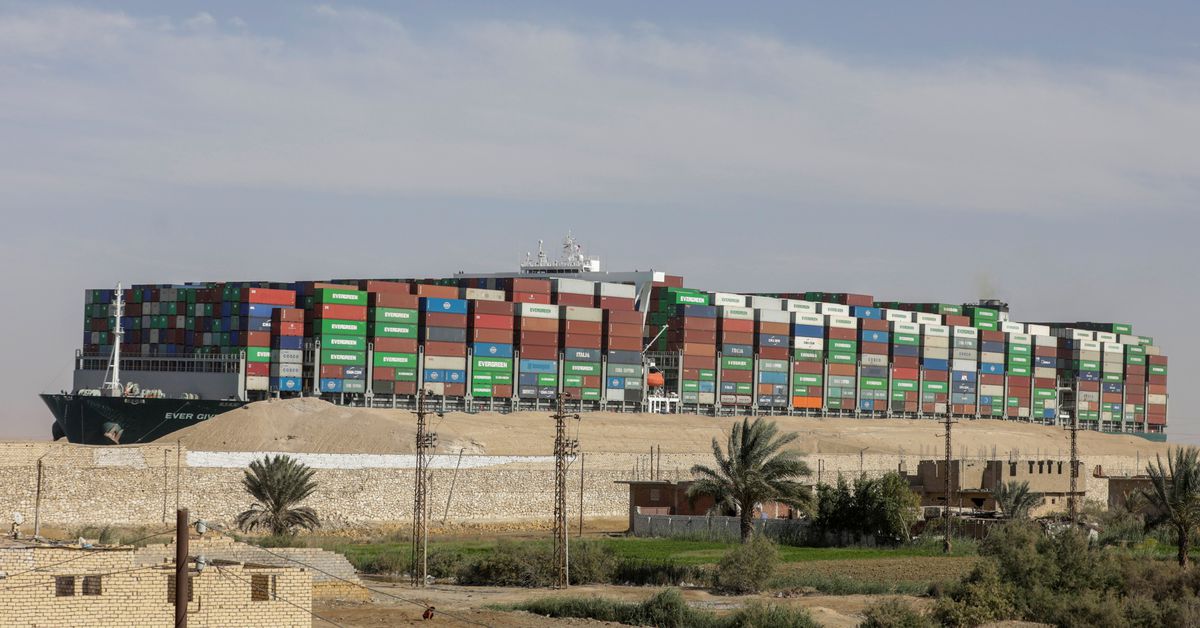 Ship Ever Given, one of the world’s largest container ships, is seen after it was fully floated in Suez Canal, Egypt March 29, 2021. REUTERS/Mohamed Abd El Ghany

Three crew members aboard the cargo vessel that blocked global shipping in the Suez Canal last month will be allowed to return home, the ship’s manager said on Thursday.

The Ever Given has been anchored in a lake between two sections of the canal since being dislodged on March 29 and is caught in a legal dispute linked to a $916 compensation claim made by the Suez Canal Authority (SCA) against the ship’s Japanese owner.

“Our utmost priority remains the safety and wellbeing of our crew. We are in regular contact with them and their families, offering all necessary support,” said Ian Beveridge, the CEO of Bernhard Schulte Shipmanagement (BSM).

“While we are hoping that the vessel and her crew will be able to resume the voyage as soon as possible, we are incredibly proud of our master and crew who have and continue to perform their duties to the highest standards with exceptional professionalism under difficult circumstances,” he added.

Two other crew members left the ship earlier in April due to urgent personal circumstances, the SCA said. read more

Sorgente articolo:
Three Ever Given crew members to leave the ship – Reuters