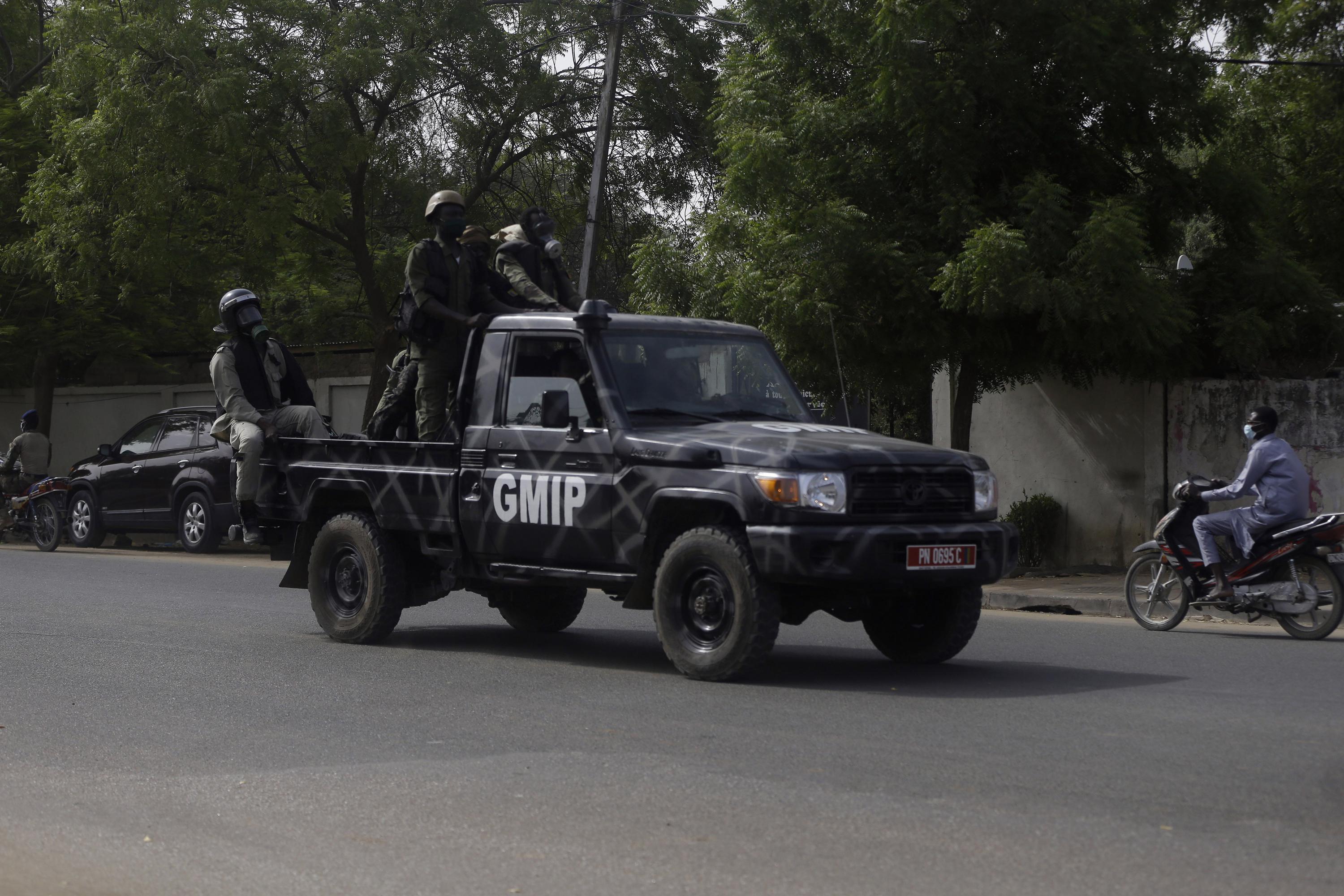 N’DJAMENA, Chad (AP) — Rebels seeking to overthrow Chad’s new transitional government claimed Thursday to have shot down a military helicopter, while the junta in power warned political opponents not to renew protests after violent demonstrations earlier in the week left at least six people dead.

The Chadian government has said that the rebels blamed for killing President Idriss Deby Itno last week have retreated across the border to neighboring Niger. However, in a statement released Thursday, the rebel group claimed it controls the Chadian town of Nokou, located more than 300 kilometers (186 miles) north of the capital.

It was not immediately possible to independently verify the claims made by the armed group known as the National Front for Change and Concord in Chad. Its fighters have threatened to attack the capital, N’Djamena, in a bid to overthrow the new government now led by Mahamat Idriss Deby, son of the slain president.

Chad’s political opposition also has decried the formation of a transitional military government led by the 37-year-old Deby, saying that a civilian interim government should have been headed by the president of the National Assembly instead.

Protesters took to the streets in several neighborhoods of the capital on Tuesday, a week after the president’s shocking killing was announced. Demonstrators blocked roads and set tires ablaze, prompting a swift crackdown from security forces. The government said Wednesday that six people had been killed in the unrest including a retired police officer, while opposition activists placed the toll at nine dead.

Despite the threats made by rebels to take N’Djamena, the militants appeared to be still far from the capital on Thursday. The statement released by the rebels’ spokesman, Kingabe Ogouzeimi de Tapol, criticized the Chadian military for launching a series of aerial bombardments, saying it “lacks the courage to fight on the ground.”

“Any aircraft flying over our positions will be treated as hostile to the Chadian people and will be shot down without warning,” said the rebel statement in which it claimed it shot down the helicopter. The statement also accused the military of employing Sudanese mercenaries.

There was no immediate reaction from the military, which has deployed heavily armed and turbaned soldiers on the streets of the capital in recent days in a display of force alongside police.

Military spokesman Gen. Azem Bermandoa Agouna has said that the rebel’s leader is wanted for war crimes in neighboring Libya, and he has accused the rebels of making dangerous alliances with Islamic extremist armed groups active in eastern Niger.

Late Wednesday the general called on political opposition leaders to redirect their supporters in the aftermath of Tuesday’s violent clashes.

“This so-called peaceful demonstration paradoxically resulted in the deliberate destruction of 15 national police vehicles and two (gas) stations belonging to the Total company,” the statement said. “In addition, there were intentional assaults on law enforcement officers while on duty.”

Calm prevailed Thursday in the city of 1 million people, where billboards bearing the slain president’s image still line many boulevards. However, an opposition coalition group known as FONAC said it would keep up its resistance to the new government led by Deby’s son.

“FONAC calls on all Chadians throughout the country to mobilize to say no to the coup d’état, to injustice, and to making Chad a monarchy,” it said.