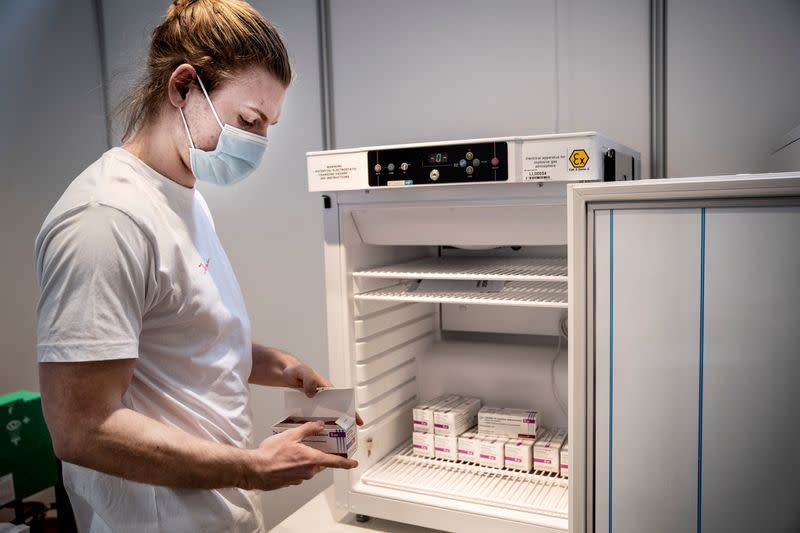 ZURICH (Reuters) – Denmark’s top health official said on Thursday “the only ethical, correct decision” for some countries facing COVID-19 crises is to continue giving AstraZeneca’s vaccine, though his nation halted use over very rare clotting concerns.

Soren Brostrom, speaking at a Danish Health Authority-sponsored scientific conference over the clotting, was responding to a question over whether Denmark’s decision could hurt confidence in AstraZeneca’s shot around the world, including developing nations getting it via the global COVAX vaccine-sharing programme.

Denmark is reporting fewer than 1,000 new COVID-19 infections daily and has access to shots from Moderna and Pfizer, while India is reporting record numbers of daily infections, thousands of deaths and vaccine shortages.

“And in different countries, right now, around the globe, the only ethical, correct decision is to use the AstraZeneca vaccine.”

But regulators also reiterated that the vaccines’ benefits in preventing COVID-19 outweigh risks of clotting.

Norway delayed a decision on restarting with AstraZeneca’s shot until May, while other countries added age limits.

WHO-Europe vaccination expert Siddhartha Datta, another conference speaker, said decisions to put limits on vaccines can have positive impacts, too, by encouraging dialogue about shots.

“Any decision made has to be communicated openly, in a transparent manner,” Datta said. “This ultimately will instill confidence in this vaccine, and in other vaccines. This is not the last vaccine that we’ll be using on the horizon.”