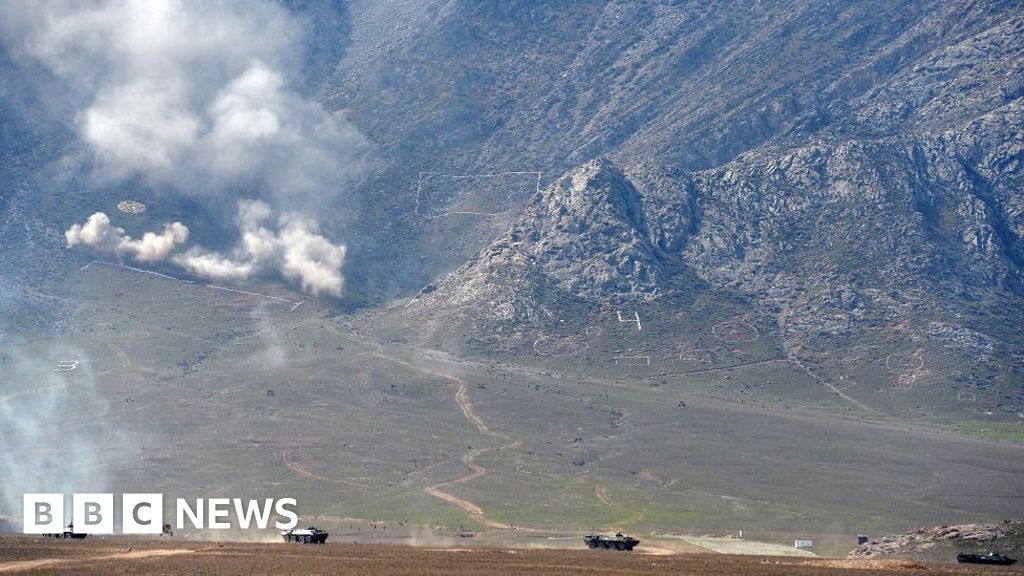 Pictures published on social media showed some buildings on fire in the region, in a disputed area around the Batken region of Kyrgyzstan. Among the burned properties were a border post, more than 20 homes, a school, eight shops and a casino, according to the Kyrgyz emergencies ministry.