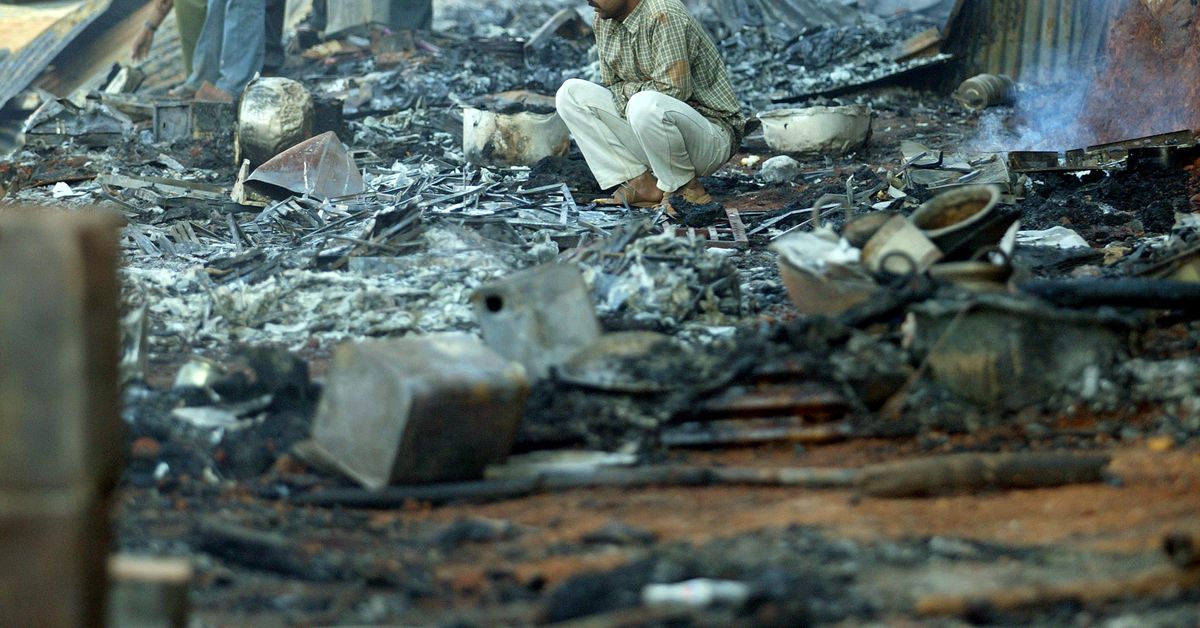 At least 44 people were crushed to death at an overcrowded religious bonfire festival in Israel on Friday, medics said, in what they called a stampede. read more

Here is a list of some of the worst stampedes over the last three decades:

April 1989: Ninety-six people were killed and at least 200 injured in Britain’s worst sports disaster after a crowd surge crushed packed fans against barriers at the English F.A. Cup semi-final match between Liverpool and Nottingham Forest at the Hillsborough stadium in Sheffield.

July 1990: Inside Saudi Arabia’s al-Muaissem tunnel near the Muslim holy city of Mecca, 1,426 pilgrims are crushed to death during Eid al-Adha, Islam’s most important feast, at the end of the annual haj pilgrimage.

May 1994: A stampede near Jamarat Bridge in Saudi Arabia during haj kills 270 in the area where pilgrims hurl stones at piles of rocks symbolising the devil.

April 1998: One hundred and nineteen Muslim pilgrims are crushed to death at the haj pilgrimage in Saudi Arabia.

May 2001: In Ghana, at least 126 people are killed in a stampede at Accra’s main soccer stadium when police fire tear gas at rioting fans in one of Africa’s worst soccer disasters.

Feb 2004: A stampede kills 251 Muslim pilgrims in Saudi Arabia near Jamarat Bridge during the haj ritual stoning of the devil.

Jan 2005: At least 265 Hindu pilgrims, including several women and children, are killed near a remote temple in India’s Maharashtra state.

Aug 2005: At least 1,005 people die in Iraq when Shi’ites stampede off a bridge over the Tigris river in Baghdad, panicked by rumours of a suicide bomber in the crowd.

Jan 2006: Three hundred and sixty-two Muslim pilgrims are crushed to death at the eastern entrance of the Jamarat Bridge when pilgrims jostle to perform the haj stoning ritual between noon and sunset.

Aug 2008: Rumours of a landslide trigger a stampede by pilgrims in India at the Naina Devi temple in Himachal Pradesh state. At least 145 people die and more than 100 are injured.

Sept 2008: In India, 147 people are killed and 55 injured in a stampede at the Chamunda temple, near the historic western town of Jodhpur.

July 2010: A stampede kills 19 people and injures 342 when hordes of young people push through a tunnel at the Love Parade techno music festival in Duisburg, Germany.

Nov 2010: A stampede on a bridge in Cambodia’s capital, Phnom Penh, kills at least 350 people after thousands panic on the last day of a water festival.

Jan 2013: Over 230 people die after a fire breaks out at a nightclub in the southern Brazilian college town of Santa Maria, and a stampede crushes some of the victims and keeps others from fleeing the fumes and flames.

Oct 2013: Devotees thronging across a long, concrete bridge towards a temple in the central Indian state of Madhya Pradesh panic when some railings break, triggering a stampede that kills 115.

Sept 2015: At least 717 Muslim pilgrims are killed and 863 others injured in a crush at the haj pilgrimage in Saudi Arabia.

Sorgente articolo:
Factbox: Some of the world’s worst stampedes – Reuters