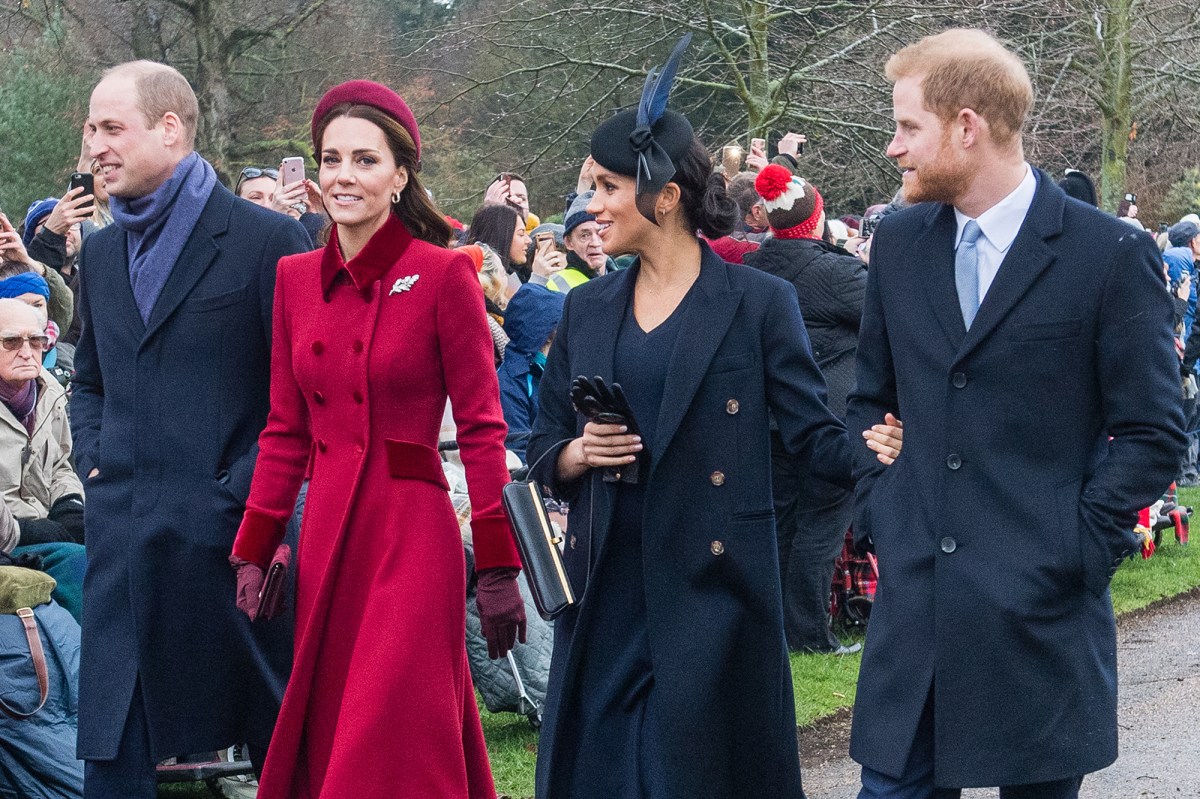 The California-based couple privately congratulated the Duke and Duchess of Cambridge on reaching the milestone, Page Six confirms.

The Duke and Duchess of Sussex have not issued any public congratulations as of yet. It is unclear whether they plan to, as they mourned Prince Philip on their Archewell website after the 99-year-old’s death earlier this month.

Perhaps the feuding siblings are starting to let bygones be bygones in the wake of Megxit and the bombshell Oprah Winfrey interview, as Kate served as a peacemaker for the brothers during Philip’s funeral.

In honor of their anniversary, William, 38, and Kate, 39, released new portraits of themselves snapped by photographer Chris Floyd at Kensington Palace earlier this week.

Fans identified Kate’s necklace, which may have been a gift from her husband, in the photos as Asprey’s Daisy Heritage Diamond Pendant ($12,350). She also owns a pair of matching earrings ($26,000).

Kate paired the look with a sold-out blue floral wrap dress by Ghost ($308), which she previously wore during the couple’s 2019 royal tour of Pakistan. William color-coordinated with his wife in a blue sweater, shirt and pants.

William and Kate wed at Westminster Abbey in April 2011 and have since welcomed three children: Prince George, 7, Princess Charlotte, who turns 6 on Sunday, and Prince Louis, 3.