Hundreds of people answered a call to attend the funeral on Friday of Shraga Gestetner, a Hasidic singer without any immediate relatives in Israel, who was crushed to death in a stampede at Mount Meron the night before.

Rabbi Gestetner, a 35-year-old from Montreal, came to Israel specifically for the Lag B’Omer celebrations, which ended in tragedy when he was among the 45 people killed in what is believed to be Israel’s worst peacetime disaster.

He is survived by his wife and five children. In recent years he had been living in Monsey, New York.

After Gestetner was named as one of victims, calls went out on social media for the public to attend his funeral in Jerusalem, with the messages noting he has no immediate family in the country who would be present. 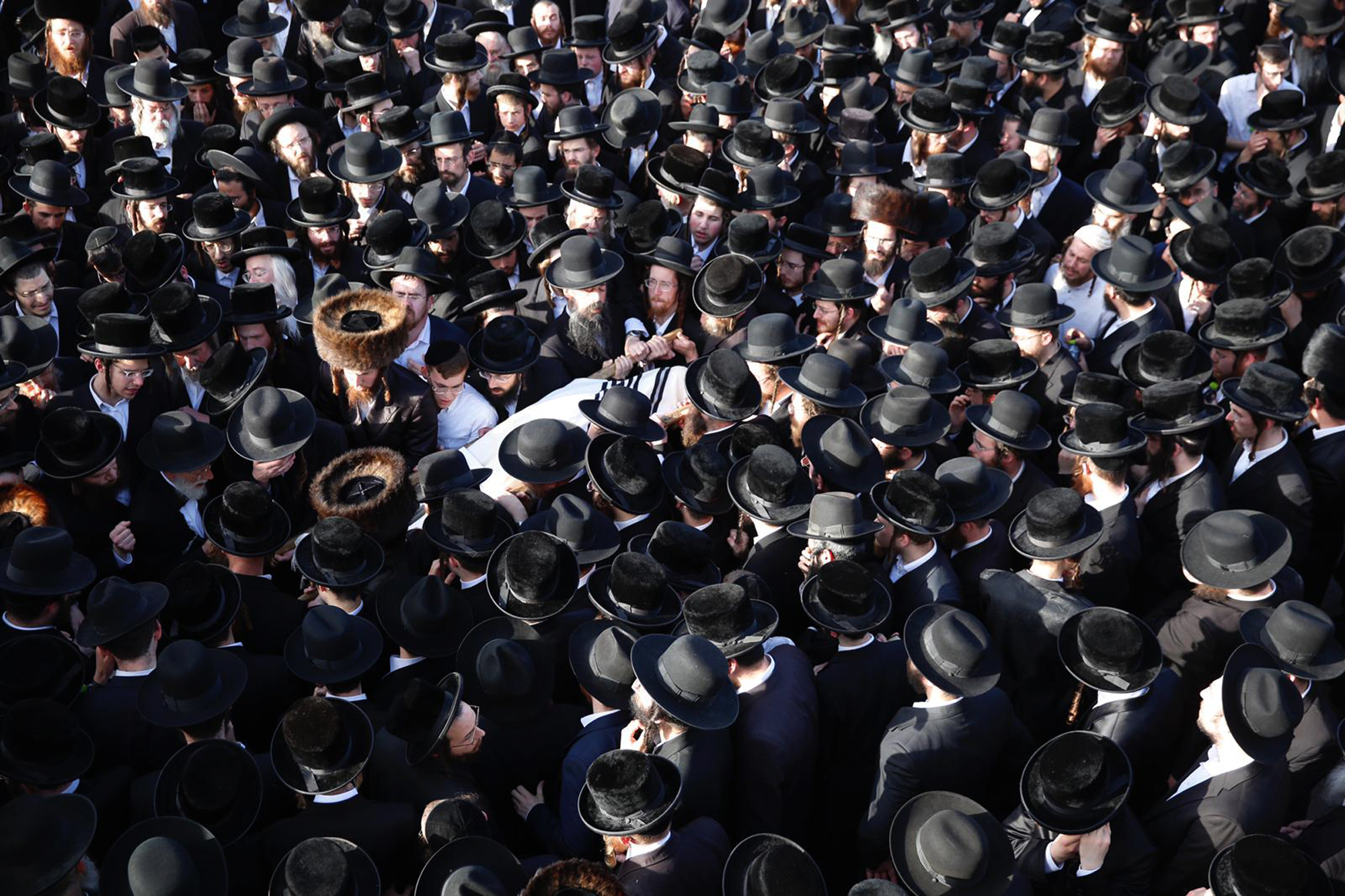 Mourners carry the body of Shraga Gestetner, a Canadian singer who died during Lag B’Omer celebrations at Mt. Meron in northern Israel, at his funeral in Jerusalem on Friday, April 30, 2021. (AP Photo/Ariel Schalit)

“Let’s pay his final respects,” Israel Nabul, an event producer who knew Gestetner, wrote on Facebook in one such message.

Diaspora Affairs Minister Omer Yankelevich also called on anyone who could do so to attend, saying: “We won’t leave him alone in his final moments.”

Following these entreaties, hundreds arrived at the Shamgar funeral home to escort his body to Jerusalem’s Har Hamenuchot cemetery.

At the funeral home, Gestetner’s cousin Haim told the Kan public broadcaster that he was at Meron but left minutes before the deadly stampede.

“I suddenly felt a need to leave the mountain,” he said, describing his cousin as a “special man” who God chose “to be the victim of the public.”

He also called the pain he felt over the death of his cousin and the 44 others as “incomprehensible.”

The event at Meron appeared to the worst peacetime tragedy in Israel’s history, with a death toll higher than the 44 who lost their lives in the 2010 Mount Carmel forest fire.

The huge gathering, the largest in Israel since the outbreak of the coronavirus pandemic, had already sparked health fears.

Due to the large crowds, police had said they were unable to enforce coronavirus restrictions at the site.

At around midnight Thursday, organizers had estimated that some 100,000 people were at the site.

Sorgente articolo:
Hundreds of strangers at funeral of Canadian Hasidic singer without family here – The Times of Israel