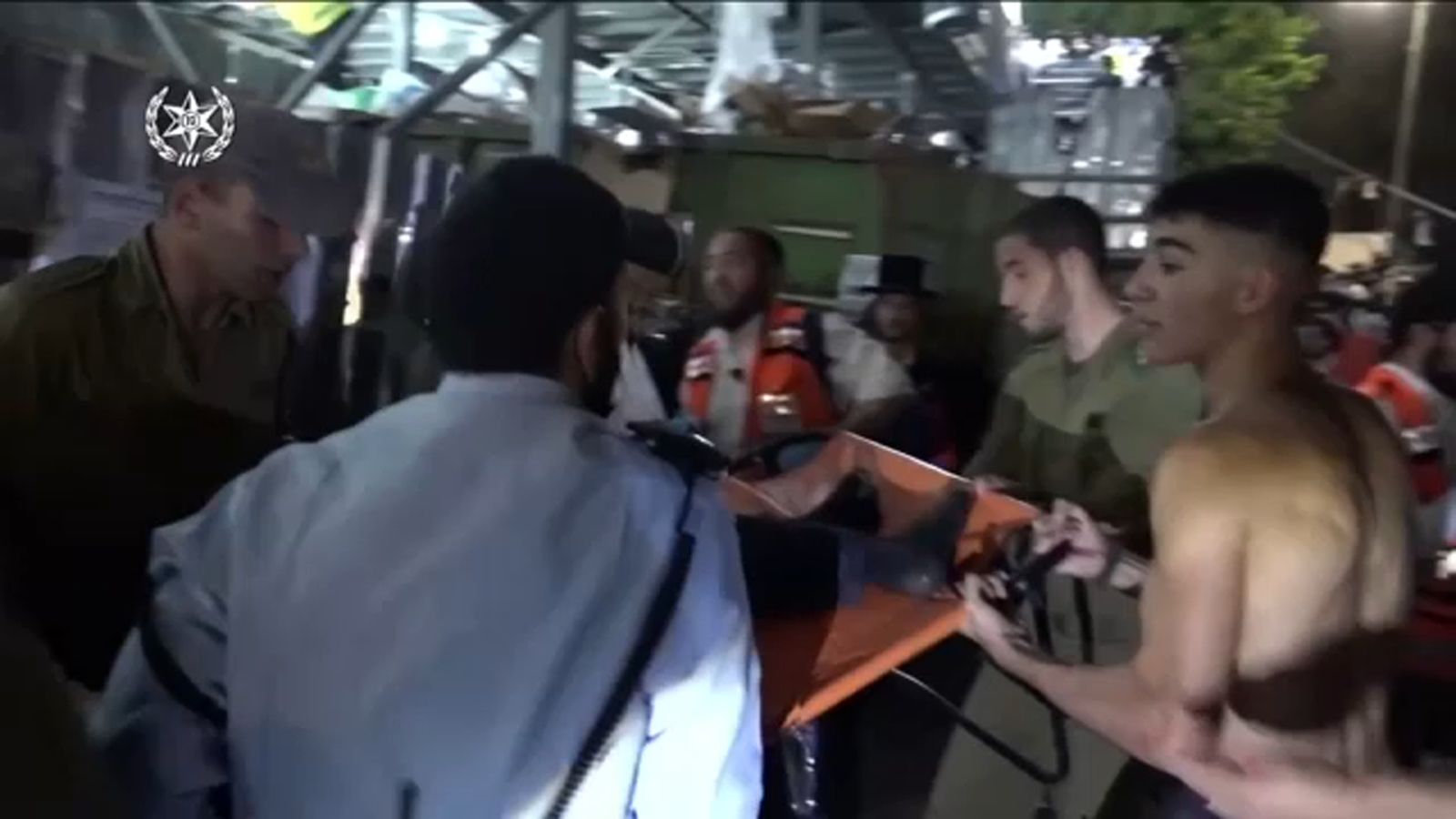 JERUSALEM — At least 44 people have been killed and 150 people hospitalized following a stampede around midnight Friday in Israel at Mount Meron during Lag BaOmer festivities, according to the Israeli Health Ministry.

Among those injured, at least 23 are in critical condition, officials said.

The stampede began when large numbers of people thronged a narrow tunnel-like passage during the event attended by tens of thousands of ultra-Orthodox Jews, according to witnesses and video footage. People began falling on top of each other near the end of the walkway, as they descended slippery metal stairs, witnesses said.

One of the injured, Avraham Leibe, told Israeli public broadcaster Kan that a crush of people trying to descend the mountain caused a “general bedlam” on a slippery metal slope followed by stairs. “Nobody managed to halt,” he said from a hospital bed. “I saw one after the other fall.”

Video footage showed large numbers of people, most of them black-clad ultra-Orthodox men, squeezed in the tunnel. Initial reports said police barricades had prevented people from exiting quickly.
The Israeli military said it sent 6 helicopters and 250 ambulances to aid in rescue efforts. Hundreds of people are still waiting Friday to be taken away from the scene.

Tragedy in Meron: MDA is fighting for the lives of dozens wounded, and will not give up until the last victim is evacuated.

“The Meron disaster is one of the worst disasters in the history of Israel. We mourn the dead, our hearts go out to the families of those wounded, to them we wish a full recovery,” Prime Ministry Benjamin Netanyahu said in a statement Friday. “We have seen here heart-breaking sights, people who were crushed to death, including children. A large number of the fatalities have not yet been identified, so I ask you to refrain from spreading rumors in social media because this is too hard for families.

“Let the authorities do their work. I have to point out here the speedy rescue effort of the police and the other security and rescue organizations, we are grateful to them. Their work prevented an even larger disaster. We will conduct a thorough investigation so such a disaster will not happen again. I declare Sunday a national mourning day,” he continued.

The MDA said helicopters were sent to work with ambulances to bring victims to Ziv Hospital in Safed and Galil Medical Center in Nahariya.
Lag BaOmer is an annual celebration on the anniversary of the death of Rabbi Shimon bar Yochai, who was buried in a tomb at Mount Meron in northern Israel. The festivities include pilgrimages to bar Yochai’s tomb and lighting bonfires and celebrating throughout the night.

This year, media estimated the crowd at about 100,000 people.

This was the the mass religious gathering to be held legally since Israel lifted nearly all restrictions related to the coronavirus pandemic. The country has seen cases plummet since launching one of the world’s most successful vaccination campaigns late last year.

This is a developing story. Check back for updates.