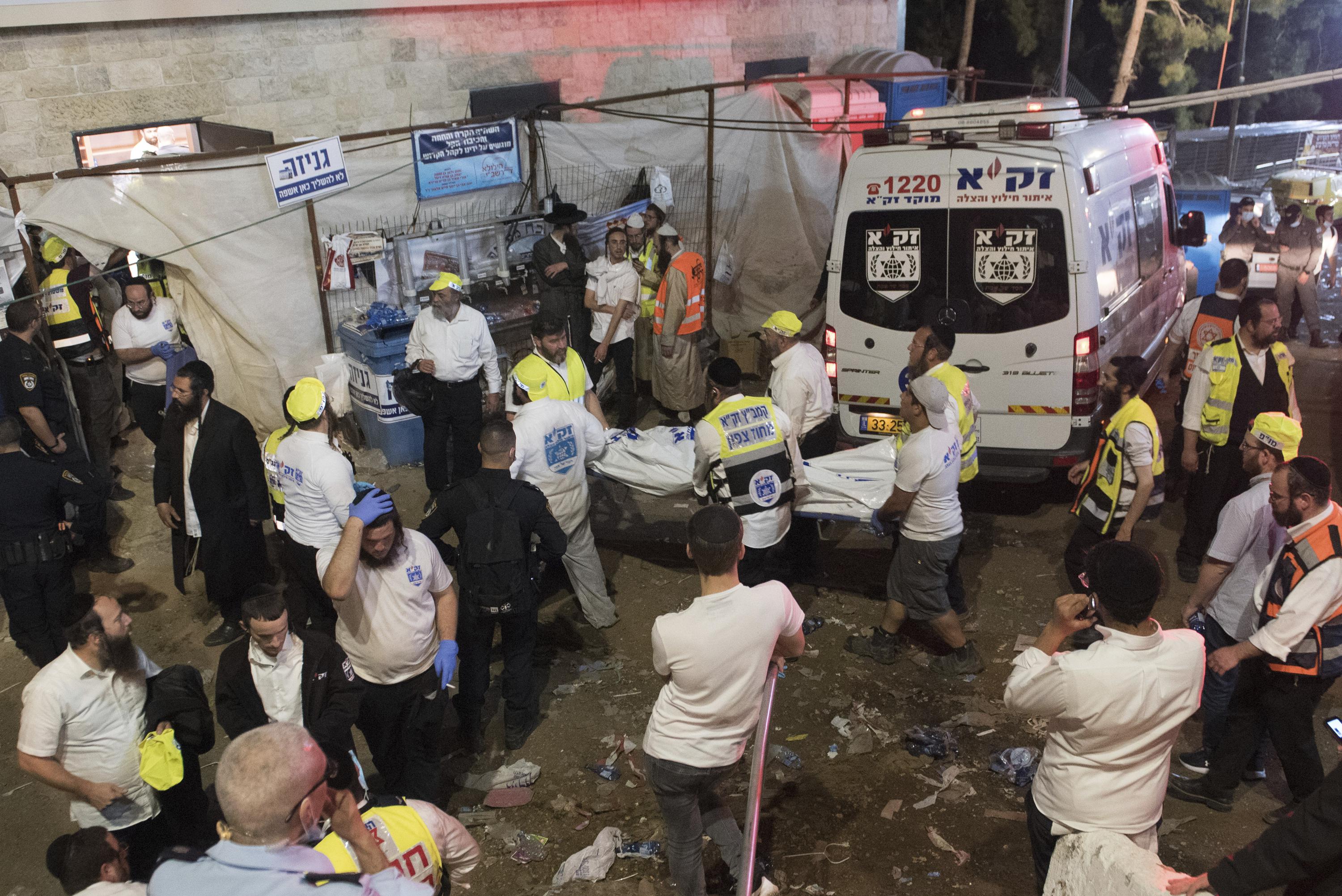 JERUSALEM (AP) — The director of an Israeli ambulance service has confirmed that nearly 40 people died in a stampede at a religious festival in northern Israel.

Eli Beer, director of Hatzalah, said he was shocked by the size of the crowd at the Lag BaOmer celebrations at Mount Meron. Police were quoted as saying some 100,000 people were there.

He told Army Radio that there were four to five times the number of people that should have entered a location like this. “Close to 40 people died as a result of this tragedy,” he said.

THIS IS A BREAKING NEWS EVENT. AP’s earlier story is below.

A stampede broke out early Friday at a Jewish religious gathering attended by tens of thousands of people in northern Israel, leaving 150 hospitalized, authorities said. Israeli media reported that as many as 44 people were killed and published photos of rows of bodies.

The disaster occurred at Mount Meron at the main celebrations of Lag BaOmer, a holiday when tens of thousands of people, mostly ultra-Orthodox Jews, gather to honor Rabbi Shimon Bar Yochai, a 2nd century sage and mystic who is buried there. Large crowds traditionally light bonfires, pray and dance as part of the celebrations.

Prime Minister Benjamin Netanyahu called it a “great tragedy,” and said everyone was praying for the victims.

The incident happened after midnight, and the cause of the stampede was not immediately clear. Videos circulating on social media showed large numbers of ultra-Orthodox Jews packed together in tight spaces.

A 24-year-old witness, identified only by his first name Dvir, told the Army Radio station that “masses of people were pushed into the same corner and a vortex was created.” He said a first row of people fell down, and then a second row, where he was standing, also began to fall down from the pressure of the stampede.

Zaki Heller, spokesman for the Magen David Adom rescue service, said 150 people had been hospitalized and confirmed there had been some deaths. Army Radio, citing anonymous medical officials, said the death toll had risen to 44.

Photos from the scene showed rows of wrapped bodies.

The Israeli military said it had dispatched medics and search and rescue teams along with helicopters to assist with a “mass casualty incident” in the area. It did not provide details on the nature of the disaster.