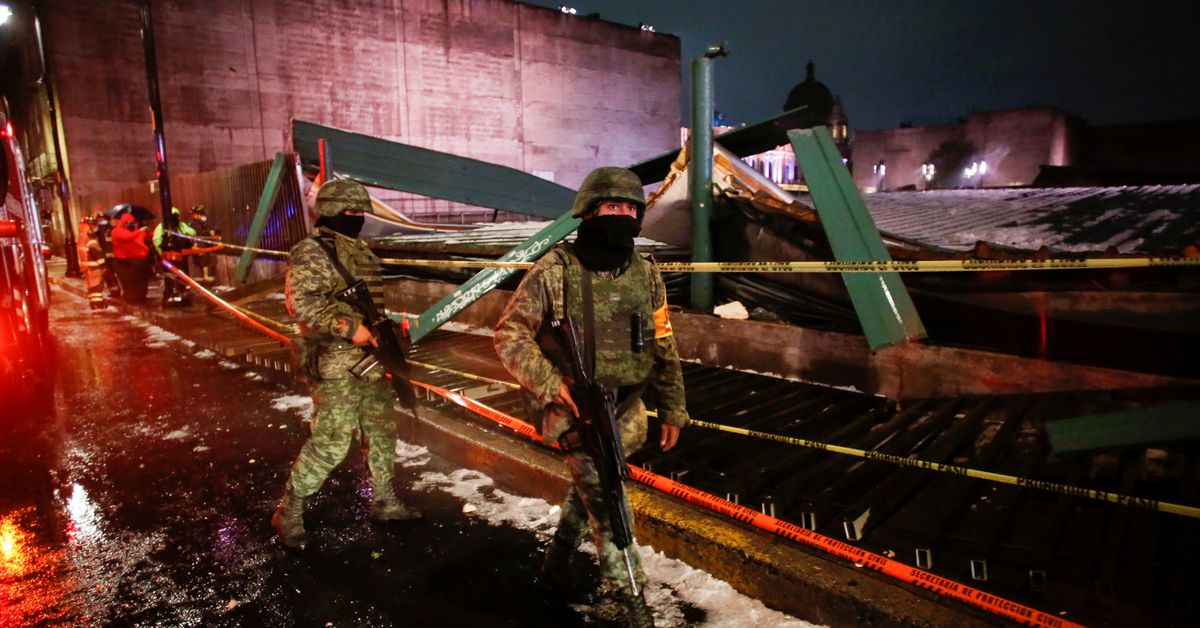 A roof that partly protected one of Mexico’s most important ancient sites collapsed under the weight of a major rain and hail storm late on Wednesday, causing minor damage to the ornate temple complex that once hosted the Aztec empire’s elite warriors.

President Andres Manuel Lopez Obrador pledged on Thursday to repair any damages to the House of Eagles, which was covered by a large metal roof of modern construction that was toppled by the storm. The structure is adjacent to the ruins of the Aztecs’ holiest shrine, known as the Templo Mayor.

Mexico’s culture ministry described damage to the ruins as “minor, recoverable and restorable” in a statement on Thursday, adding that removal of the collapsed roof will begin immediately.

The House of Eagles features elaborately-carved relief sculptures along its walls and benches, depicting warriors in procession and blood-letting rituals. Remnants of its painted murals have remained visible five centuries after the 1521 Spanish conquest of the Aztec capital and subsequent razing of the city.

In a post on Twitter, Leonardo Lopez Lujan, the Templo Mayor’s lead archeologist, expressed his relief that major damage to the structure and its decorations was avoided.

“I’m not superstitious, but blessed be Tezcatlipoca!” he quipped, referring to a major Aztec deity associated with providence and sorcery.

Lopez Lujan told Reuters that three security guards who sought refuge from the storm under the roof “miraculously” escaped as it came tumbling down. One was lightly injured, according to the culture ministry.

The ruins of the Templo Mayor, which the Aztecs believed to be the center of the universe, are located just off the Mexican capital’s main Zocalo plaza, next to a colonial-era Catholic cathedral.

The open-air ruins, along with an adjacent museum that houses monumental sculptures found at the site, have for decades been a major tourist draw.