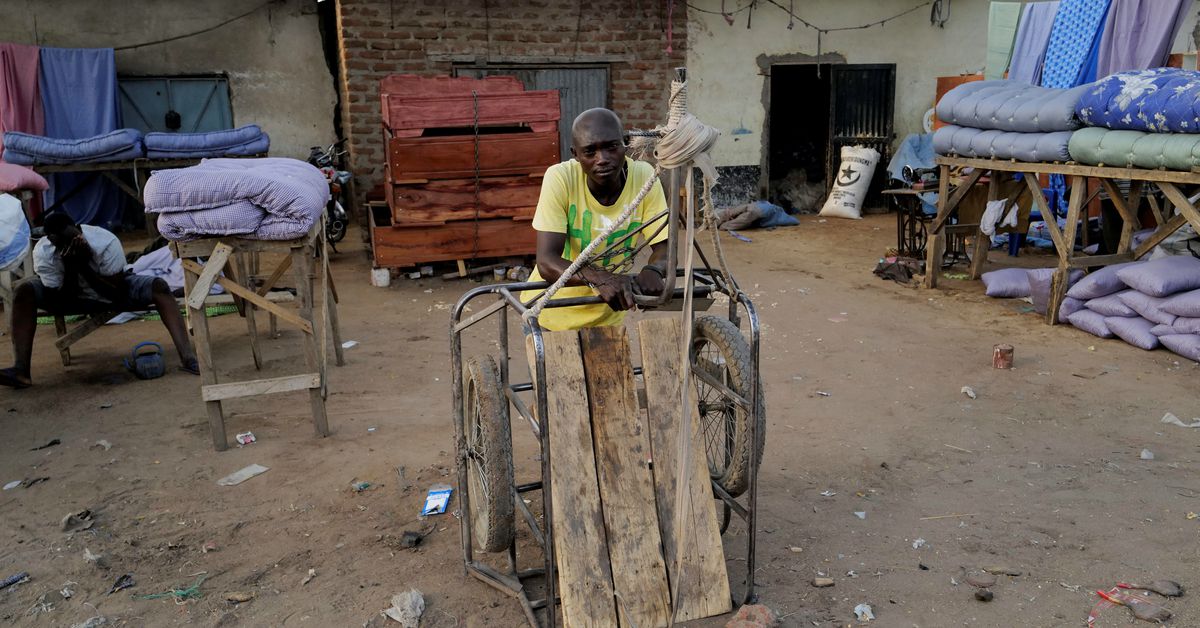 When Neldjibaye Madjissem graduated with a mathematics degree in 2015, he began searching for work as a school teacher.

Six years on, he is still looking – and is angry.

The 31-year-old blames Chad’s government for lack of work, mismanagement of oil revenues and corruption. No wonder people are protesting on the streets in their thousands, he says.

The battlefield death of President Idriss Deby last week, after 30 years of autocratic rule, sent the Central African country into a tailspin.

A military council run by Deby’s son, Mahamat Idriss Deby, seized power and promised to hold elections inside 18 months. Northern rebels rejected that and are fighting the army in the desert.

But perhaps the greater threat for Chad’s rulers comes from the mass of unemployed young people tired of the Deby family and its international allies, particularly former colonial ruler France. At least six people died in violent protests this week.

The unrest has increased pressure on the military to relinquish power in Chad, long an ally in the West’s fight against African jihadists. France moved away from backing a military-led transition this week, and instead called for a civilian government.

“The lack of jobs risks creating a great problem. The people are angry,” said Madjissem, as he prepared a private lesson to a high school student in the living room of a tiny house in N’Djamena.

His infrequent wage: $3 an hour.

The military council did not respond to requests for comment about how it plans to reduce unemployment.

Reuters interviewed more than a dozen unemployed people, some as clashes with police took place around them.

Their principle gripe was the military takeover and its support from France. Most were young, poor and indignant.

One, Jerusalem Klaradi, 26, scoffed when asked if she had a job.

“We are suffering,” she said as she hid from a volley of tear gas during the protests. “They will trample all over us but in time there will be freedom.”

When Chad began pumping oil from its southern scrublands in 2003, the government hailed it as a new dawn in one of the world’s poorest countries hit by perennial drought and insecurity.

Prices plummeted in 2014 and again in 2020, when coronavirus hit. Chad, with a population of 16 million, sits on about 1.5 billion barrels of oil, but output growth has slowed, according to the International Monetary Fund. The economy contracted 0.6% in 2020 compared with growth of 3% in 2019.

About 75,000 graduates in Chad are unemployed, according to a local organisation, The Collective for Unemployed Graduates.

A downturn has led to thousands of layoffs in the oil, transport and construction sectors since 2019, said Brahim Ben Said, head of the Free Confederation of the Workers of Chad, which helps unemployed people fight dismissals in court.

He said those numbers do not take into account the millions of people who work in the informal economy and have lost their jobs in recent years.

“People are looking for jobs, this is the reason that leads young people to protest,” he said.

Achta Hamid lost her job working as a lab technician for trading giant Glencore in 2020. It was the second blow in as many years. In 2019, she was let go from the Refining Company of N’Djamena (SRN), joint-owned by the state China National Petroleum Corporation (CNPC).

“All the doors have closed,” said Hamid, 26. “All the young are unemployed.”