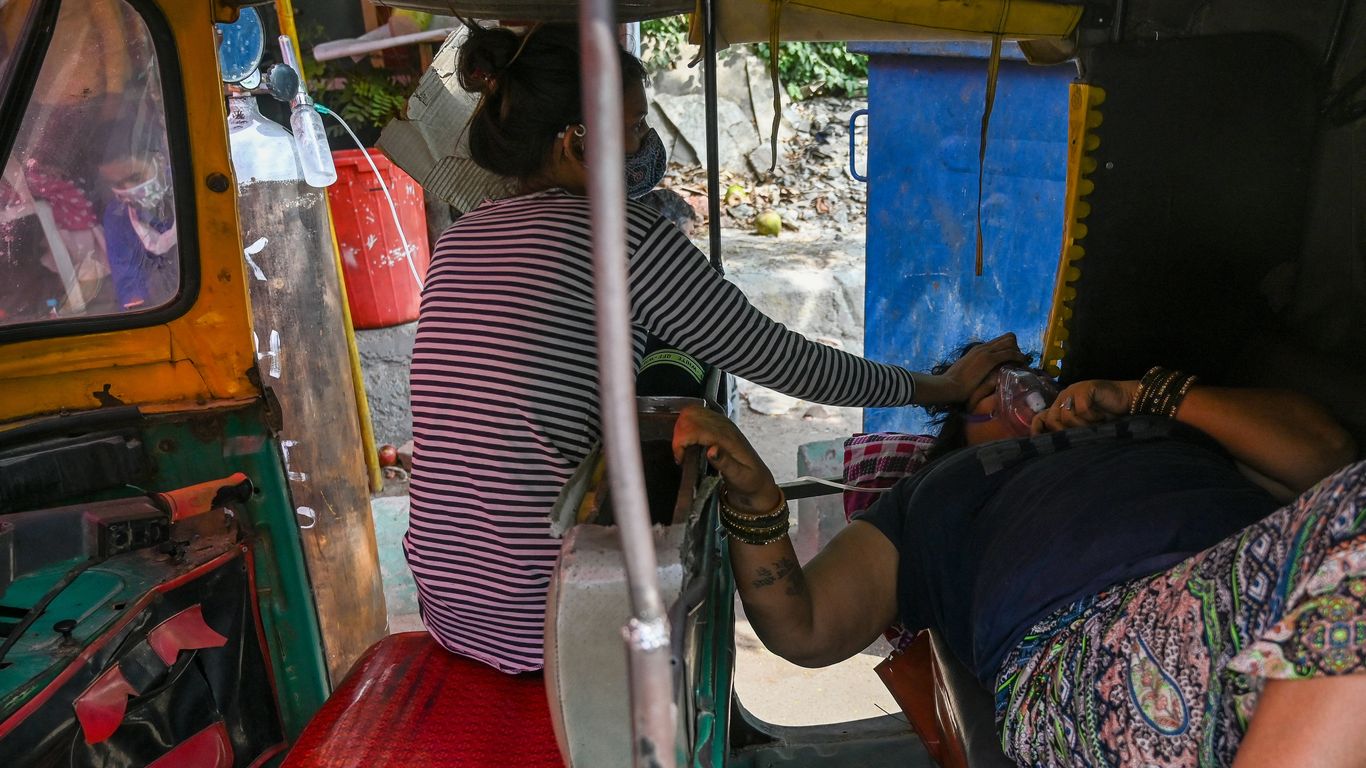 The White House announced the U.S. is sending more than $100 million worth of supplies to India — which set new records for COVID-19 cases and deaths in a single day on Thursday.

Driving the news: Coronavirus cases are surging in India amid a widespread oxygen shortage and slow vaccine rollout. The country’s pandemic death toll surpassed 200,000 on Wednesday, amid reports that COVID fatalities and cases are going uncounted.

What’s happening: The White House said in a statement Wednesday evening that U.S. government assistance flights would begin arriving in India on Thursday and would continue into next week.

Of note: Health officials are concerned West Bengal could become a virus epicenter as elections were being held in the Indian state on Thursday, the BBC notes.

By the numbers: India’s health ministry recorded another 379,257 COVID-19 cases on Thursday — more than any other country has recorded in a single day.

For the record: The Biden administration announced last week it would share its full inventory of AstraZeneca vaccine doses with countries in need.

Editor’s note: This article has been updated with the latest official COVID data.