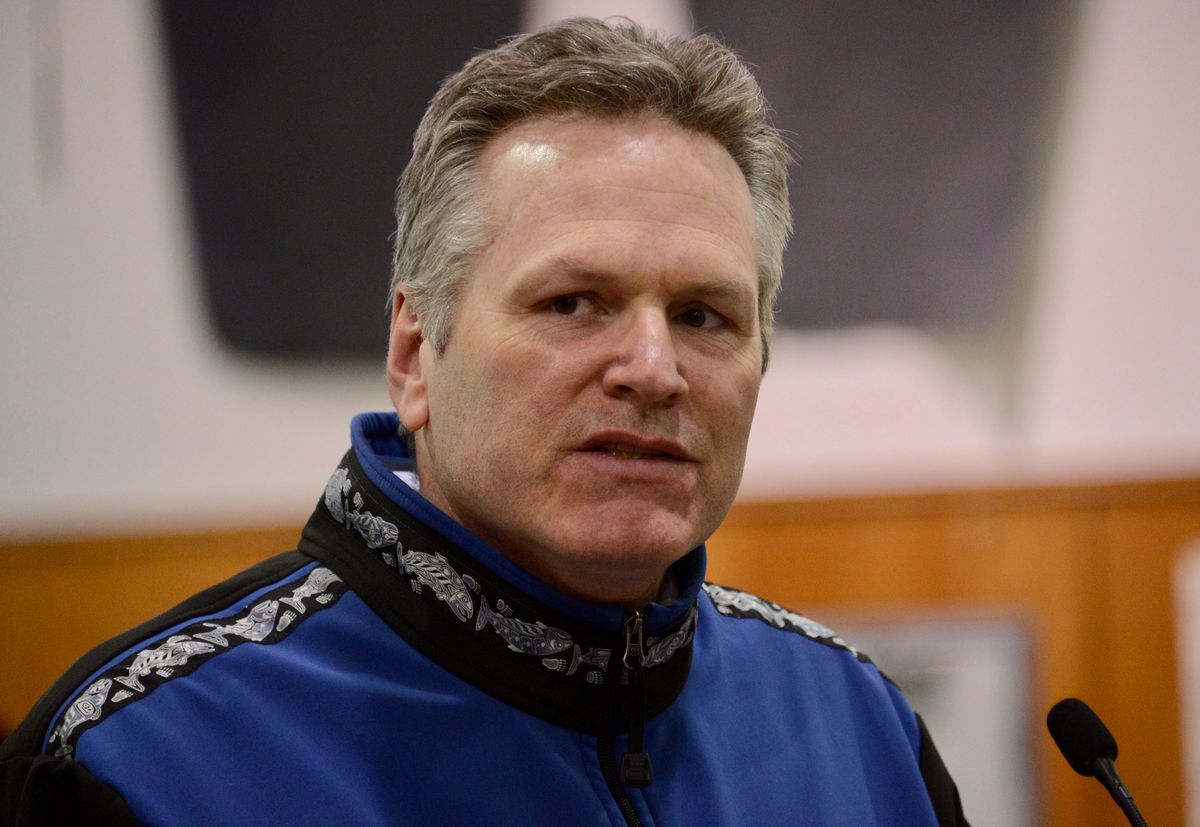 Alaska’s pandemic state of emergency expired in February, and the bill would have retroactively extended the emergency through the end of the year, but immediately after signing the bill, Dunleavy declared the pandemic emergency over.

Alaska Department of Health and Social Services Commissioner Adam Crum was allowed to issue a more limited order that keeps the state eligible for federal aid that can be accepted only during an emergency.

It also provides liability protection for medical providers as they coordinate COVID-19 testing, treatments and vaccines. Businesses are protected from COVID-19 liability as long as they are not grossly negligent.

Crum and Dunleavy said nothing prevents the administration from issuing another disaster declaration if the pandemic worsens in Alaska. On Friday, the state reported that about 50% of Alaskans 16 and older have received at least one COVID-19 vaccine shot.

“Alaska is in the recovery phase where an emergency declaration is no longer necessary,” Dunleavy said in a prepared statement.

Staying eligible for aid without a statewide emergency required Crum to use a new limited disaster power authorized under Friday’s law.

“This is something that has never existed in the state of Alaska before,” he said.

He said it was important to keep some type of disaster in place because of the federal aid and to help medical providers who need help with federal regulations and liability.

Crum said that since February, hospitals and clinics have had to “step up and act without any protections in place,” and that in some cases “it was a very much fingers-crossed (situation)” as providers hoped that no one would challenge them legally.

He also has the power to issue new emergency procurement contracts and said that since the disaster declaration expired in February, the lack of that power has caused problems.

Crum’s disaster power expires at the end of June 2023, and he (or any subsequent health commissioner) could declare the limited disaster over before then. He said he isn’t certain what benchmarks would have to be met to do that.

Senators here were responding to calls for action by politically conservative parts of Alaska, where some residents have protested COVID-19 mitigation measures.

Despite that perception, he said he was not responding to political pressure when he advised Dunleavy that it was OK to proceed with a more limited disaster order.

He said that advice was based on the fact that Alaska has sufficient medical capacity to cope with the pandemic, that Alaskans are being vaccinated against COVID-19, and that the state’s case rate is comparatively low.

Jared Kosin, executive director of the Alaska State Hospital and Nursing Home Association, said Friday’s bill was important because of the way it protects health care businesses from liability and waives licensing requirements for some health care workers.

But he sees Dunleavy’s decision to end the statewide disaster as “completely disappointing.”

With the statewide disaster declaration, patients could consult with doctors and nurses more easily by teleconference in a telehealth setting. Crum’s limited disaster powers don’t include a regulatory waiver.

“What’s really frustrating about that is a lot of our providers have been using telehealth for behavioral health services,” he said, including appointments needed to prescribe treatment for opioid addiction.

Some members of the Alaska House of Representatives said they were concerned by the idea that Alaska is using Michigan as its model.

“Because of the governor’s decision today, Alaska is officially following in the footsteps of Michigan’s pandemic response, an approach that led to the worst COVID-19 outbreak in the country as young, healthy Americans are filling hospital wards and the vast majority of people remain unvaccinated,” said Rep. Tiffany Zulkosky, D-Bethel, in a prepared statement.

Kosin said that worries him as well. The fact that the governor could simply issue another disaster declaration doesn’t reassure him.

“Hopefully it never comes to that, but if it does, we’re going to look back at this moment with a lot of regret,” he said.