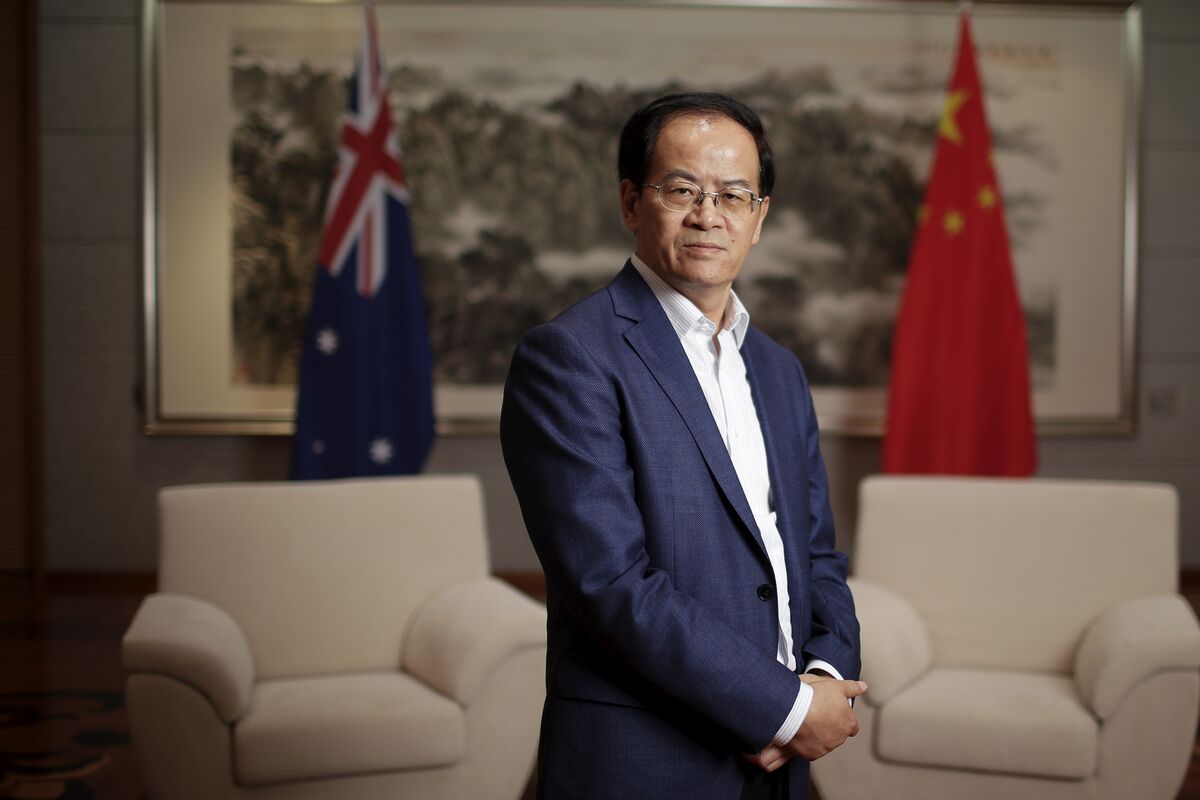 Supply Lines is a daily newsletter that tracks trade and supply chains disrupted by the pandemic. Sign up here.

China’s top diplomat in Canberra blamed Australia for deteriorating ties between the nations, accusing it of economic coercion and “provocations” in a wide-ranging speech that painted Beijing as a victim.

Citing Australia’s decision last week to cancel agreements between Beijing’s flagship Belt and Road Initiative and Victoria state among a litany of “negative moves,” Ambassador
Cheng Jingye said the country’s perception of China as a “threat and challenge” had hurt relations. He called claims of Chinese economic coercion “ridiculous and irrelevant.”

“If there is any coercion, it must have be done by the Australian side,” Cheng told business leaders in a video address Thursday,
according to a transcript. “What China has done is only aimed to uphold its legitimate rights and interests, prevent bilateral ties from further plunging and move them back onto the right track.”

The remarks come days after Australia’s Home Affairs Secretary
Michael Pezzullo ramped up tensions
by telling staff that “in a world of perpetual tension and dread, the drums of war beat.” While he didn’t directly mention China, he said free nations were watching “worryingly the militarization of issues that we had, until recent years, thought unlikely to be catalysts for war.”

The battle of words shows there’s no obvious circuit-breaker to help mend relations that have been in freefall for a year after Prime Minister Scott Morrison’s government called for independent investigators to enter Wuhan to
probe the origins of the coronavirus. Beijing has since inflicted a range of trade reprisals, including crippling tariffs on Australian barley and wine, while blocking coal shipments.

China
last week slammed Australia’s decision to use new laws to cancel the Belt-and-Road agreements, which Morrison’s government described as “inconsistent with Australia’s foreign policy or adverse to our foreign relations.” There has been increasing speculation Morrison may use the laws, passed in December, to scrap long-term leases held by Chinese companies at the ports in Darwin and Newcastle.

“In relation to the Port of Darwin, if there is any advice that I receive from the Department of Defence or intelligence agencies that suggest there are national security risks there, then you would expect the government to take action on that,” Morrison said in a radio interview Friday.

While the prime minister told reporters earlier this week he hadn’t received any such advice, Morrison’s comments could be seen by Beijing as a threat against China’s interests in Australia.

“Some Australians no longer regard China as a cooperative partner,” Ambassador Cheng said in his speech on Thursday. “They have no interest in managing bilateral differences on the basis of mutual respect, nor are they interested in maintaining and enhancing political mutual trust.”

Cheng specifically identified “increasing discriminatory restrictions imposed over investment from Chinese enterprises” as one of the catalysts of the deteriorating relationship.

In an apparent swipe against Morrison’s bid to rally what he calls “like-minded democracies” in forums such as the Five Eyes and Quad, Cheng said “teaming up in small group against China will not work.”

“Clinging to ideological bias as well as Cold War mentality and regarding China as a threat will lead nowhere,” Cheng said.

Other examples of coercion identified by Cheng included: