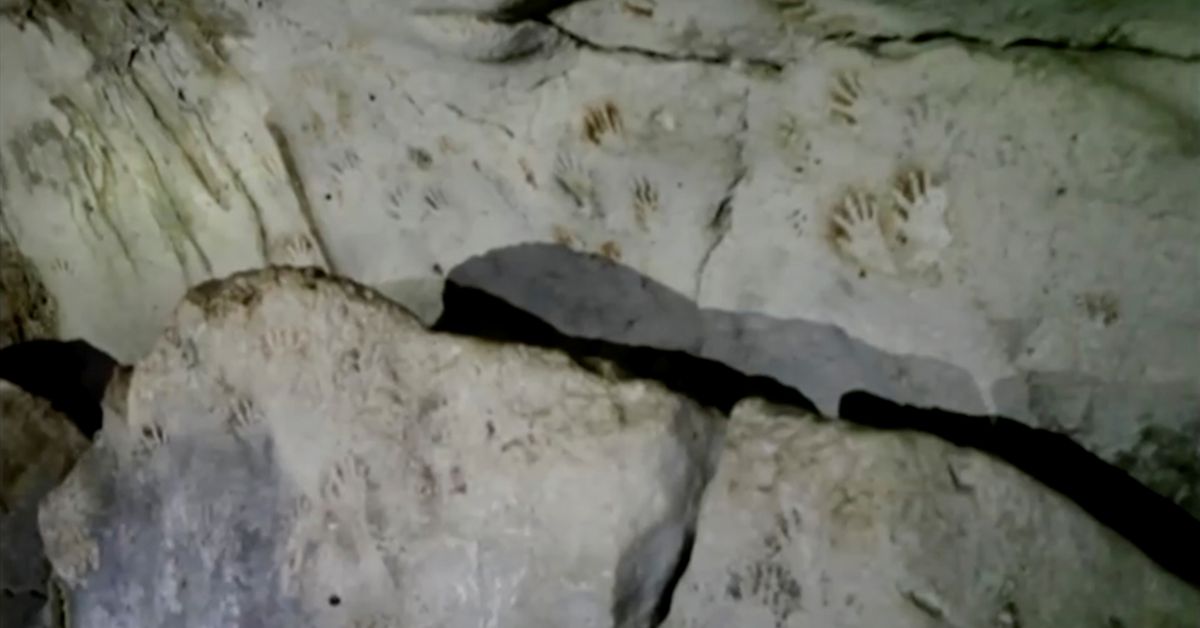 Dozens of black and red hand prints cover the walls of a cave in Mexico, believed to be associated with a coming-of-age ritual of the ancient Maya, according to an archeologist who has explored and studied the subterranean cavern.

The 137 prints, mostly made by the hands of children, are more than 1,200 years old, which would date them near the end of the ancient Maya’s classical zenith, when major cities across present-day southern Mexico and Central America thrived amid major human achievements in math and art.

The cave is located near the northern tip of Mexico’s Yucatan peninsula, where the towering pyramids of urban centers like Uxmal and Chichen Itza still stand, and lies some 33 feet (10 meters) below a large ceiba tree, which the Maya consider sacred.

Archeologist Sergio Grosjean argues that the hand prints were likely made by children as they entered puberty, due to a analysis of their size, with the colors providing a clue to their meaning.

Hand prints, reportedly 1,200 years old, are seen on the cave walls, in Merida, Mexico April 2021, in this screengrab taken from a handout video. SERGIO GROSJEAN/Handout via REUTERS

“They imprinted their hands on the walls in black… which symbolized death, but that didn’t mean they were going to be killed, but rather death from a ritual perspective,” he said.

“Afterwards, these children imprinted their hands in red, which was a reference to war or life,” he added.

Other Mayan artifacts found in the cave include a carved face and six painted relief sculptures, which date from between 800-1,000 A.D., a time when severe drought struck the region and may have contributed to the classical Maya’s sudden abandonment of major cities.

While the first Mayan settlements date back nearly 4,000 years, there were still large centers when Spanish conquerors arrived in the early 1500s.

Several million Maya continue to live in communities scattered across southeastern Mexican states like Chiapas and Campeche, in addition to Guatemala and Belize.