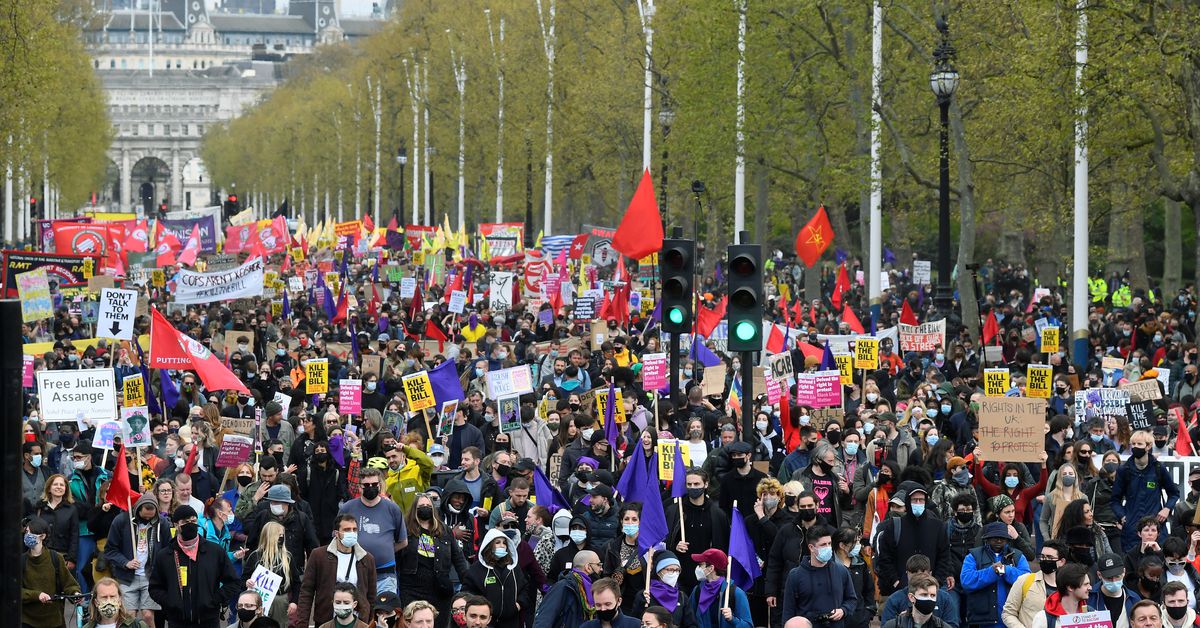 Police arrested nine people who took part in protests in London on Saturday demanding that the government reverse planned legislation that would increase police powers.

More than 1,000 people marched through central London and chanted “Kill the Bill” outside government buildings, as well as dancing to music played from a bus.

A police statement said nine people had been arrested and officers were “continuing to engage” with protesters who had gathered in a park in south London after the march.

Similar protests took place in other cities across England and Wales, including Bristol, which saw several days of clashes between protesters and police in March.

Under the new legislation, the British government wants to increase police powers to block non-violent protests which have a “significant disruptive effect” on the public or parliament.

The legislation would target action by groups such as environmental campaigners Extinction Rebellion, which has organised mass protests to block bridges in recent years and whose members have glued themselves to commuter trains.

London’s Tower Bridge was closed to traffic in one direction for around an hour on Saturday after an Extinction Rebellion protester glued himself to the road.

Many protesters on Saturday said they did not trust police to protect them and that the new laws would give authorities too much power to shut down politically awkward protests such as those by Black Lives Matter and Extinction Rebellion.

“I am really scared by the fact that they want to make protesting an arrestable offence,” 30-year-old therapist Jade Rea said.

“I don’t think there’s any justification for it because the idea of a protest is to disrupt and really bring to people’s attention that something urgent is going on,” she added.

London police faced criticism from across the political spectrum in March for their handling of a vigil in memory of a murdered woman, Sarah Everard, whose suspected killer was a serving police officer.