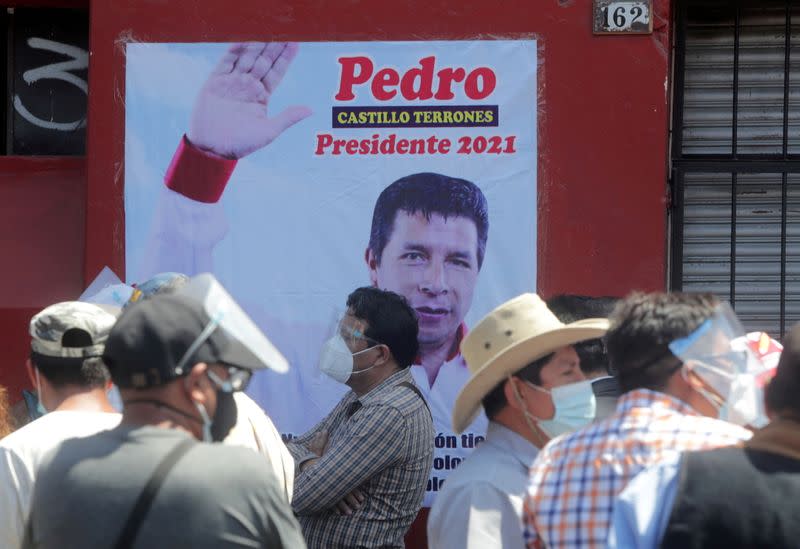 LIMA (Reuters) – Peruvian front-running left-wing presidential candidate Pedro Castillo was rushed to a clinic in Lima on Thursday for “respiratory” illness, forcing him to suspend campaigning, the candidate’s party said on social media.

“Our candidate @PedroCastilloTe is being rushed to a clinic in Lima due to a respiratory decompensation. Today’s scheduled activities are suspended,” the party said.

Castillo, who leads Fujimori in opinion polls ahead of the runoff, had planned three rallies for Thursday in Lima, according to his campaign. The two candidates are also scheduled to hold their first public debate on Saturday.

“Dear compatriots: I thank you for convening…in Lima. However, due to health issues, I inform you with regret that I will not be able to attend. My hugs and apologies for all those who arrived,” Castillo said.