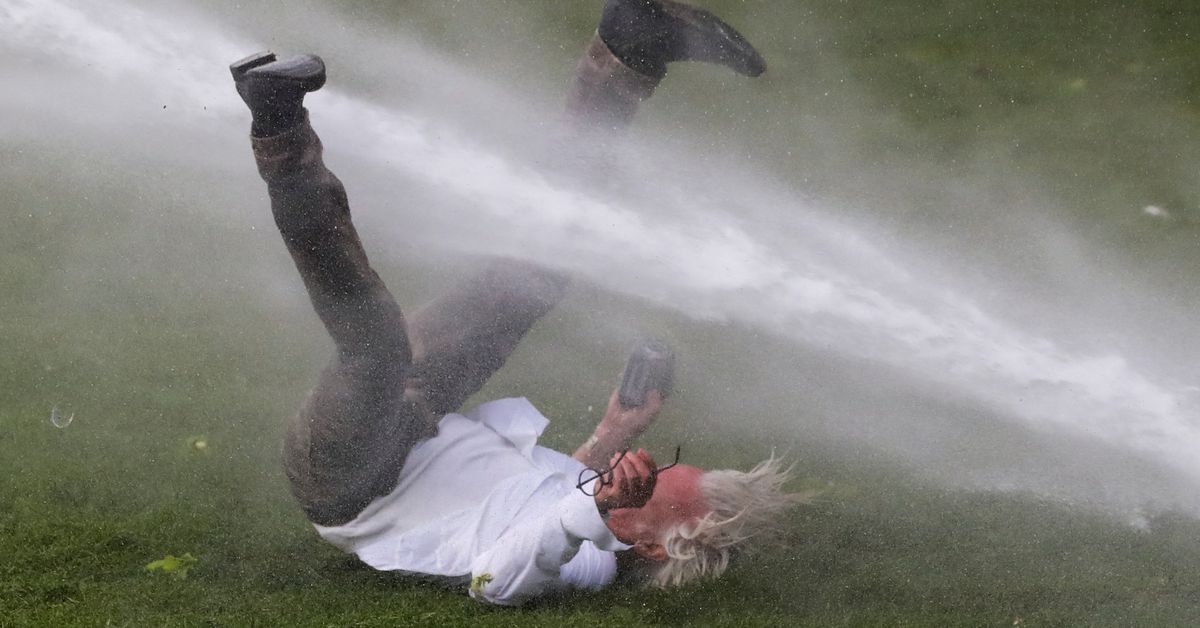 Police fired water cannon and tear gas in a Brussels park on Saturday to break up an anti-lockdown party of several hundred people designed to defy coronavirus social distancing rules.

The crowd of mostly young people responded to a post on Facebook announcing the unauthorised party. It took place a month after police cleared 2,000 people who gathered in the same Bois de la Cambre park for la Boum (the party), an event that had begun as an April Fool’s joke.

The follow-up Boum 2 event on May 1, a traditional day for demonstrations, was held a week before the Belgian government allows cafe and bar terraces to open and lets groups of more than four people meet outside in a relaxation of COVID-19 rules.

Prime Minister Alexander De Croo urged Belgians on Friday to stay united and not “fall into this trap”. Facebook also took down the Boum 2 post on Thursday after a request from Belgian prosecutors, who warned partygoers they risked being detained or fined

Emile Breuillot, a 23-year-old dental student, said he had come to see people enjoy themselves and to defend their rights to gather.

After a calm start with groups chanting “freedom”, the police announced on social media that attendees were not observing public safety measures and that they would intervene. Many people were not wearing masks, a requirement anywhere in public in the Belgian capital.

Hundreds of people also marched in central Brussels and through the eastern city of Liege demanding a relaxation of coronavirus measures.