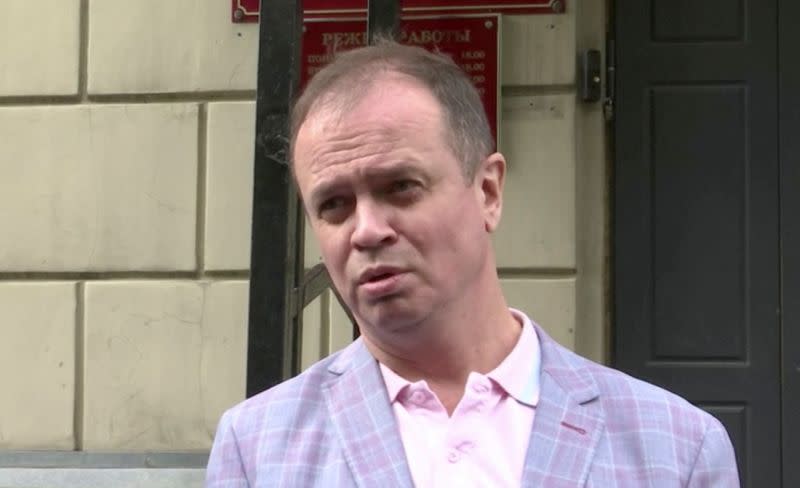 MOSCOW (Reuters) -Russia has opened a criminal investigation against one of the country’s top human rights lawyers who is defending jailed Kremlin critic Alexei Navalny’s Anti-Corruption Foundation (FBK) in an extremism case.

Security forces searched and briefly detained Ivan Pavlov on Friday before bringing him in for questioning again.

Pavlov, 50, is well known inside Russia for taking on high-profile and often politically sensitive cases in which he represents people accused by the Russian state of everything from treason to espionage.

The investigation into him follows mounting official pressure on the FBK, a Navalny-linked organisation that has produced a slew of high profile and sometimes embarrassing investigations into official corruption. Some of the targets of its exposes have sued it and disputed its findings.

It comes at a time when Navalny’s movement and network of political campaign offices across Russia is under unprecedented pressure designed to end its activities.

In another setback for Navalny’s team, Russia’s financial monitoring agency said on Friday it had added his network of campaign offices to a list of organisations involved in “terrorism and extremism”.

“I was interrogated as a suspect,” Pavlov told reporters outside a hotel in Moscow. He walked out unguarded and headed to another interrogation with Russia’s Investigative Committee.

Pavlov said he had been accused of disclosing classified information relating to an ongoing investigation against one of his clients, former journalist Ivan Safronov.

A court later prohibited him from using the internet or a phone.

Pavlov was due to lead a legal team representing the FBK in a court hearing considering a request from the Moscow prosecutor to declare the group an extremist organisation. The main hearing is scheduled for May 17.

The offence Pavlov is accused of is punishable by up to three months in jail, Pavlov’s legal team said.

“Of course, this is an element of pressure because if he’s found guilty of committing a deliberate crime he would be deprived of his lawyer status and therefore would not be able to continue his professional activity,” said Dmitry Katchev, one of Safronov’s lawyers.

Kremlin spokesman Dmitry Peskov said: “We don’t have any information, we don’t know the reason for the arrest and how it happened, what this lawyer is accused of.”