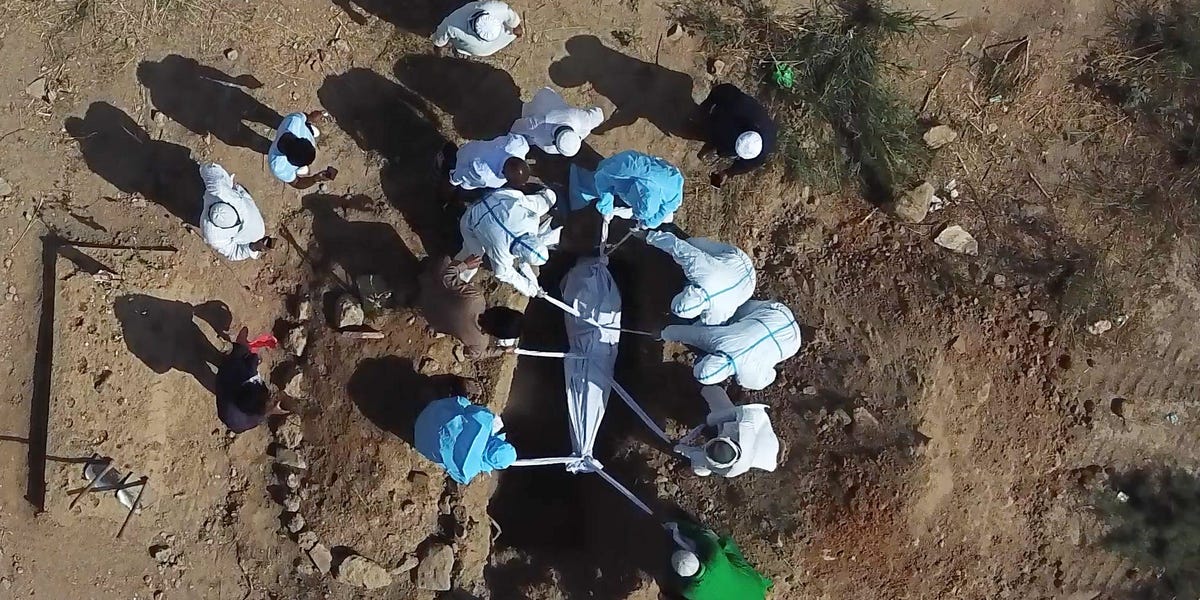 Medical experts and frontline workers are casting doubt over India’s official COVID-19 death toll as the country passed its 200,000 mark on Thursday, according to multiple reports.

India, which is in the midst of a devastating second coronavirus wave, reported 3,498 deaths on Thursday, according to health ministry data. It was the third day in a row the country recorded more than 3,000 deaths a day.

But medical experts and frontline workers worry the actual death toll may actually be much higher.

Read more: Hospitals in India are turning patients away and COVID-19 cases are skyrocketing. But Prime Minister Modi is on the campaign trail and ignoring the crisis.

A New York Times investigation published this week found “mounting evidence” that suggested fatalities are being “overlooked or downplayed” by the government.

“It’s a complete massacre of data,” Bhramar Mukherjee, an epidemiologist at the University of Michigan, told the Times. “From all the modeling we’ve done, we believe the true number of deaths is two to five times what is being reported.”

Experts interviewed by Reuters have suggested the death toll could even be between five to 10 times higher than what is being reported.

A Sky News investigation found that deaths were being underreported in several crematoriums across the capital, New Dehli. Funeral workers told Sky News that they’ve “been told to give [lower] numbers by higher authorities.”

Dr Manas Gumta, the general secretary of the Association of Health Service Doctors, West Bengal, told the Observer this week: “A huge suspected COVID-positive population is certainly staying away from the tests. I believe the actual number of people dying of COVID is two to three times higher than what the government is reporting.”

As COVID-19 deaths surge in the country, crematory workers say they have become overburdened.

Some cities have turned parks and parking lots into makeshift crematoriums to keep up with the abundance of bodies.

In the Seemapuri crematorium in New Dehli, the staff has been so overwhelmed they’ve launched a ticketing system, CNN reported.

Jitender Signh Shunty, who runs a service in New Dehli, told Insider he’s getting only two hours of sleep a night.

“These days I don’t even get two hours of sleep,” he said. “At 7 a.m. I come here, I start dispatching ambulances, or I arrange for a dead body to be picked up, then get it cremated.”

Shunty, who says he used to only cremate 10 bodies a day, now estimates that number to be around 90.

“I can work 21 out of 24 hours a day – I am not the kind of person who breaks down easily,” Shunty added. “But in this wave of the coronavirus, I’ve seen the dead bodies of small children and women who have become widows at a young age. They all have died for no good reason.”

At the time of writing, India has reported more than 19 million cases and more than 211,000 coronavirus deaths since the start of the pandemic, according to a tracker by Johns Hopkins University.

Sorgente articolo:
The COVID-19 death toll in India could be up to 10 times higher than the official 200,000 figure, experts say – Business Insider