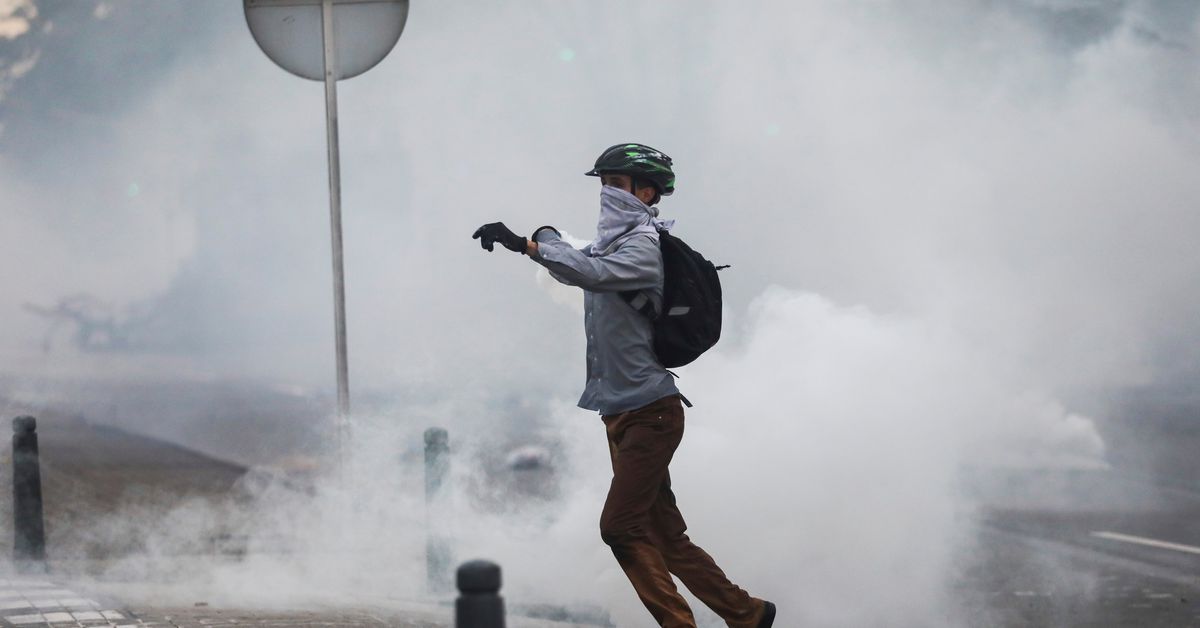 A demonstrator throws a tear gas canister during a protest against the tax reform of President Ivan Duque’s government in Bogota, Colombia, April 30, 2021. REUTERS/Luisa Gonzalez

Thousands of Colombians took to the streets on Saturday for International Workers’ Day marches and protests against a government tax reform proposal, in a fourth day of demonstrations that have resulted in at least four deaths.

Unions and other groups kicked off marches on Wednesday to demand the government of President Ivan Duque withdraw the reform proposal, which originally leveled sales tax on public services and some food. read more

Cali, the country’s third-largest city, has seen the most vociferous marches, some looting and at least three deaths connected to the demonstrations.

“To lose lives is always a very painful situation and circumstance. During these riots three people have died,” Cali Mayor Jorge Ivan Ospina said on social media, asking the attorney general’s office to determine who fired the bullets responsible for the deaths.

The national police said it has respected human rights and followed established protocols.

Late on Friday, a police officer stabbed earlier in the week amid looting in the city of Soacha, south of capital Bogota, died of his injuries.

Isolated looting, vandalism and clashes between police and protesters also took place in Bogota, Medellin and other cities.

Protests were continuing on Saturday despite an announcement by Duque late on Friday that the reform would be revised and would now not include sales tax on food, utilities or gasoline or an expansion of income tax.

Despite calls for withdrawal and lawmaker opposition, the government insists the reform is vital to stabilizing the country’s finances, maintaining its credit rating and funding social programs.