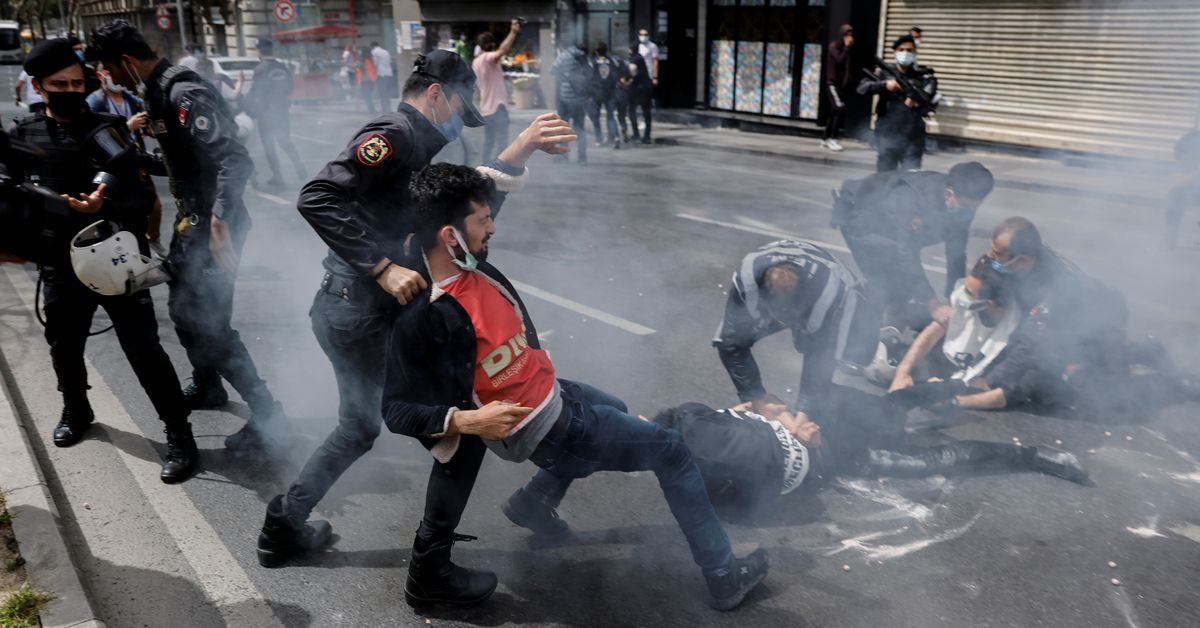 Turkish police detained 212 demonstrators after scuffles broke out at May Day marches on Saturday amid a coronavirus-related curfew, according to the Istanbul governor’s office and Reuters witnesses.

Riot police and plainclothes officers jostled with union leaders and other demonstrators and threw some to the ground before detaining dozens of them near Istanbul’s Taksim Square, Reuters video and images showed.

The governor’s office said some labour unions were allowed to hold memorials to mark the annual holiday, while others who had “gathered illegally” in violation of the lockdown, and ignored calls to disperse, were detained.

Turkey this week adopted a 17-day partial lockdown, including stay-home orders and the closure of schools and some businesses, to curb a wave of coronavirus infections.

Local media reported efforts by police in Istanbul and Ankara to block reporters from filming the May Day demonstrations and detentions, with officers citing a new police circular.

On Friday, Turkish media reported that officers were instructed to prevent people from filming or recording security forces on smartphones while they are on duty, a move critics called unlawful and a threat to citizens’ rights. read more

Turkish police have not commented on the reports.

The DISK press union said on Twitter that journalists filming the May Day events “are being blocked by police,” adding “a police circular cannot prevent” coverage.