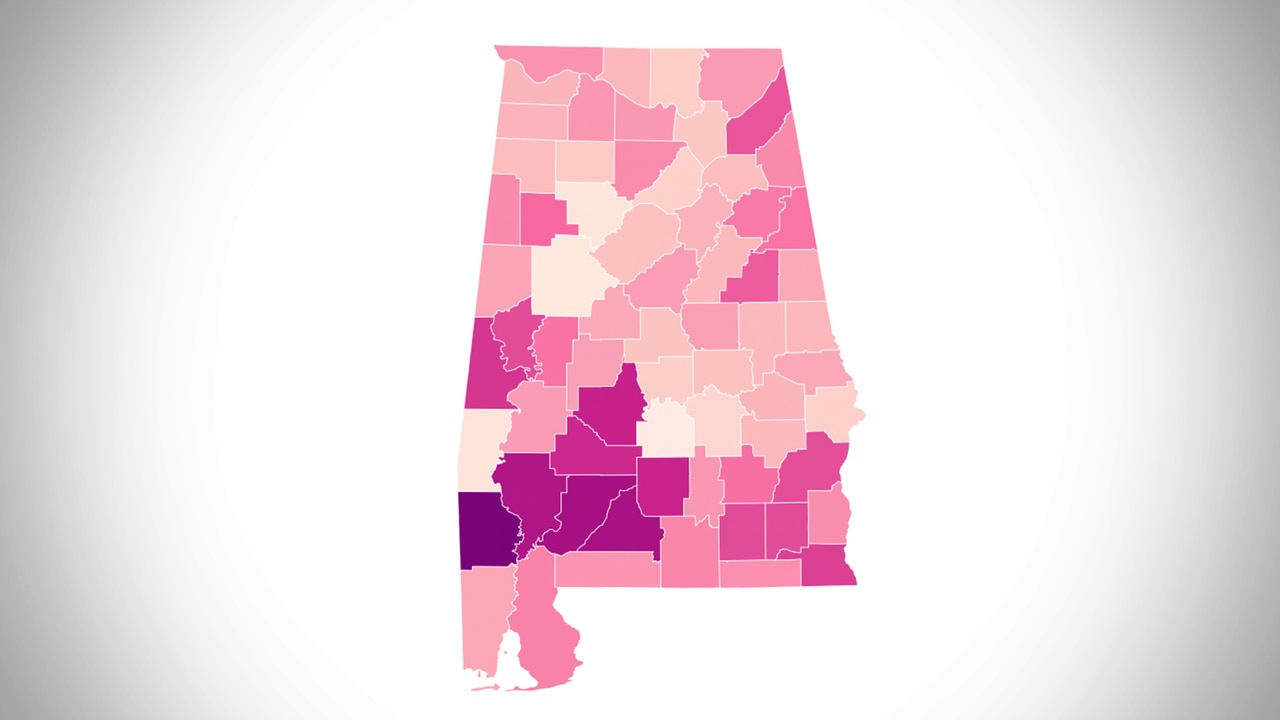 Alabama was at the bottom of national rankings for vaccination rates as of Friday, and the numbers are heading in the wrong direction.

Just 32 percent of Alabama’s population had gotten at least one dose of a COVID-19 vaccine, according to data from the Centers for Disease Control and Prevention. That put Alabama ahead of just one state, neighboring Mississippi.

But when it comes to full vaccinations, which require a second shot for Moderna and Pfizer, only 21 percent of Alabamians are completely vaccinated. That’s the lowest mark in the nation.

Vaccination rates have slowed significantly in Alabama since earlier this year.

The state is currently administering about 27,000 vaccine doses every weekday – the numbers slow down drastically on weekends. That’s down nearly 13,000 daily doses – or 32 percent – from the high on April 14, about two and a half weeks ago.

Vaccine numbers from the Alabama Department of Public Health update frequently, and vaccine dose numbers for each county often increase weeks later. That means the most recent numbers might not show the full picture. This can be controlled somewhat by looking at dates that have had more time to fill in data. Looking at numbers from April 26, the trend is still clear – vaccinations are slowing down.

Between April 14 and April 26, the 7-weekday rolling average for vaccine doses in Alabama fell by nearly 11,000 doses per day – a decline of 27 percent.

Vaccines had slowed down in every Alabama county by April 16, including huge decreases in some rural areas in south Alabama.

In Washington County, a small county just north of Mobile, daily doses fell by 82 percent between the peak on Feb. 25 and April 26. Many of its neighbors also saw large decreases, including Clarke, Monroe and Conecuh counties.

But the change in average doses administered doesn’t tell the full story. Some counties have hardly gotten vaccination rollouts off the ground, and haven’t seen peaks worth coming down from.

Russell County, in south Alabama along the state line with Georgia, has Alabama’s lowest vaccination rate. Just 20 percent of eligible people have had at least one shot there, and only 15 percent have completed a vaccine series. The highest the rolling average for daily vaccine doses has gotten there was just 304, which is the lowest peak in the state when controlling for population.

Still, every county has seen declines in vaccination rates recently.

Jefferson County – the most populous county in Alabama and home to Birmingham – has at least partially vaccinated 44 percent of its population. Vaccinations there have fallen steadily since their peak in early April. On April 9, Jefferson was averaging nearly 6,800 doses per weekday. On April 26, that number was down to 4,900 – a decline of nearly 2,000 daily doses.

Search for any Alabama county in the chart below to see its trend line.

You can see how vaccines administration across Alabama has unfolded over time in the map below:

Do you have an idea for a data story about Alabama? Email Ramsey Archibald at rarchibald@al.com, and follow him on Twitter @RamseyArchibald. Read more Alabama data stories here.