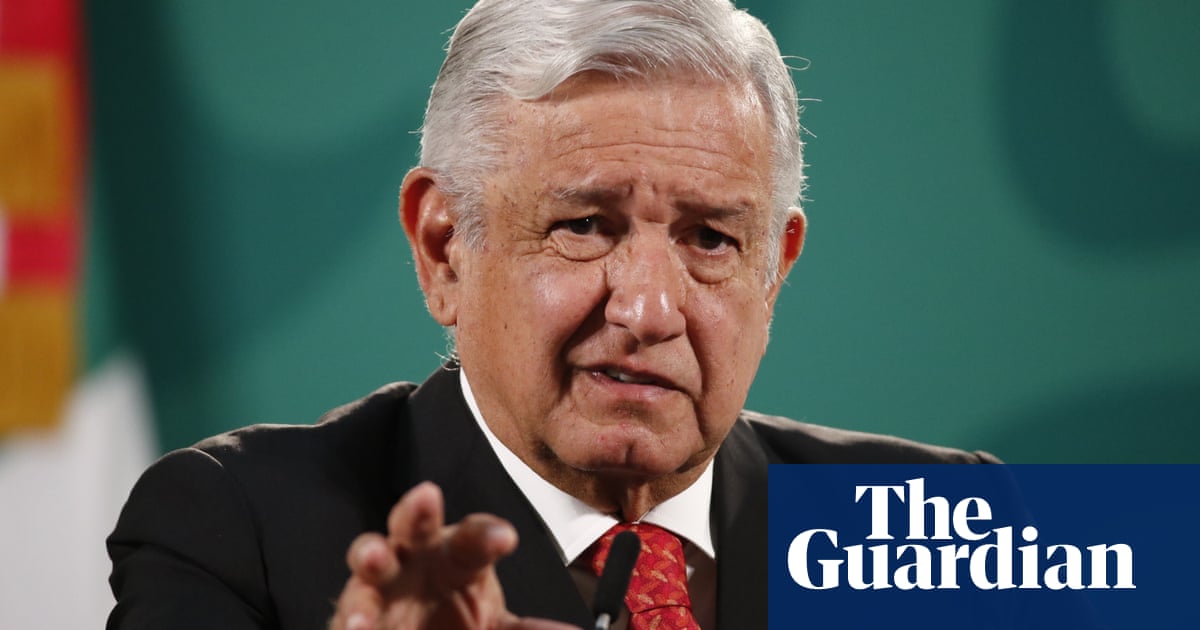 Struggling with local AstraZeneca production and shortfalls in deliveries from foreign suppliers, Mexico has asked the US to help. In March, Washington sent 2.7m AstraZeneca doses south.

“It’s probable that they’ll help us with a loan, while the AstraZeneca plant in Mexico gets up and running,” López Obrador said at a news conference.

The US state department did not respond to a request for comment.

Mexico’s health ministry on Saturday reported 3,025 new confirmed coronavirus cases and 261 more deaths, bringing the total number of cases in the country to 2,347,780 and fatalities to 217,168.

Separate government data published in March suggested the real death toll may be at least 60% above the confirmed figure.

Under a deal reached last year, a laboratory in Argentina makes the active ingredient of the vaccine and ships it for bottling at a factory in Mexico owned by a company called Liomont. The shots are to be delivered across Latin America excluding Brazil, which has a separate production deal.

Argentina has delivered cargos to Mexico but Liomont’s commercial production has slipped from an original target of March. In a statement shared with Reuters, AstraZeneca said deliveries of shots would begin before the end of June.

AstraZeneca said it regretted the setbacks, which it attributed to limited access to critical supplies, lower-than-expected process yields from initial vaccine batches and longer times to meet internal “site qualifications”.

“This will delay the launch of our vaccine in countries across Latin America to be supplied from this supply chain,” AstraZeneca said, without giving more details of what had caused the problems.

The Mexican government has said the Liomont factory has undergone major upgrades to produce the AstraZeneca vaccine, and that it has taken longer than expected for the factory to win regulatory approvals. Liomont referred a request for comment to AstraZeneca.

An additional site in the US will help meet the target of 150m doses for the region, excluding Brazil, this year, AstraZeneca said, but 80% of the shots will still be bottled in Mexico.

The problems have affected vaccination programs. Argentina’s government this week formally requested a report on production from AstraZeneca. In Mexico, problems have been compounded by deliveries of far fewer Sputnik V doses from Russia than agreed, and lower volumes than expected of the Pfizer vaccine.

Reuters reported on Thursday that Pfizer will ship doses made in its US plant to Mexico for the first time.