BERLIN — More than 50 police officers were injured and over 250 protesters were detained after traditional May Day rallies in Berlin turned violent, the German Police Union said Sunday.

More than 20 different rallies took place in the German capital on Saturday and the vast majority of them were peaceful. However, a leftist march of 8,000 people through the city’s Neukoelln and Kreuzberg neighborhood, which has often seen clashes in past decades, turned violent. Protesters threw bottles and rocks at officers, and burned garbage containers and wooden pallets in the streets.

“We don’t have any final numbers, but regarding the known more than 50 injured colleagues and more than 250 detainments, it’s clear that we were far removed from a peaceful May 1,” Stephan Kelm, Berlin’s deputy chief of the police union, told German news agency dpa.

He condemned the throwing of bottles and rocks and the burning barricades on the streets, saying, “These are clear signs that it’s not about political expression but that the right to assemble was abused to commit severe crimes.” 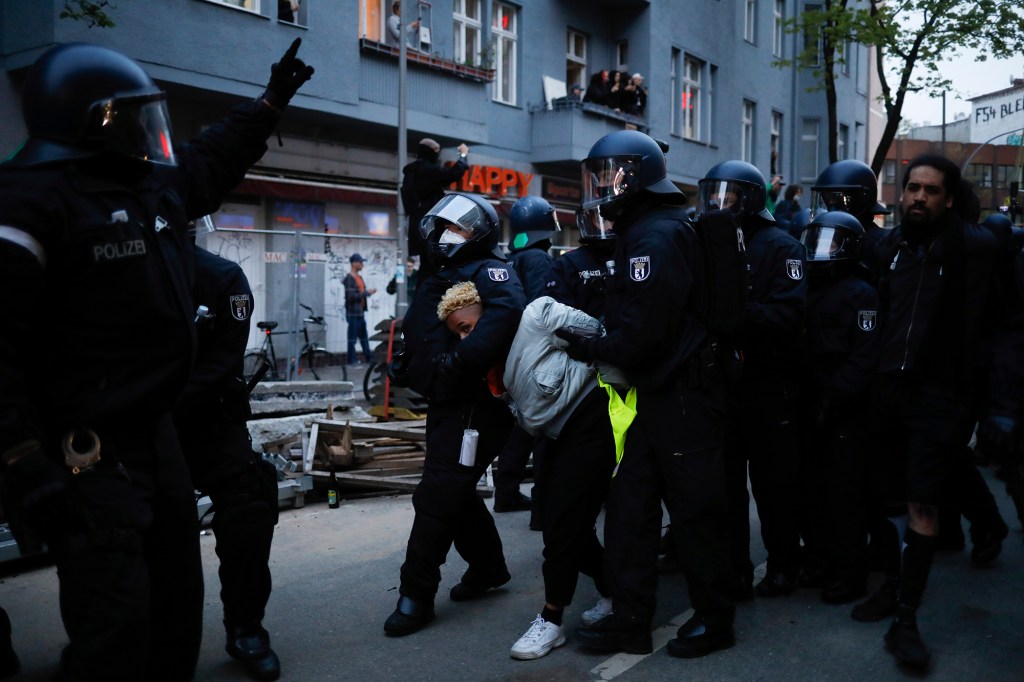 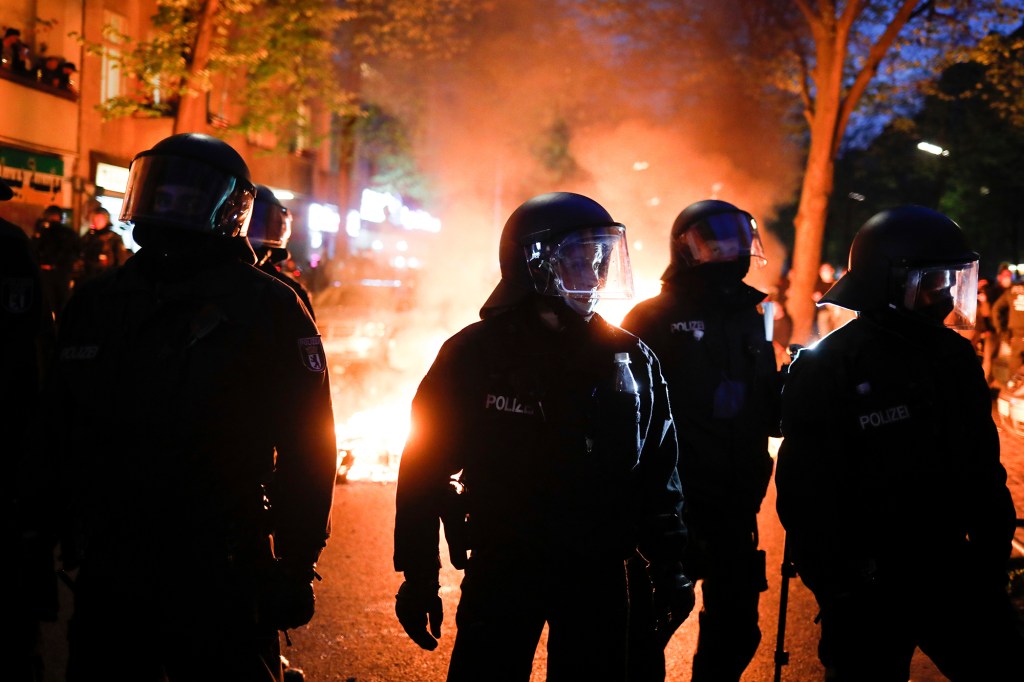 Protesters burned garbage containers and wooden pallets in the streets. 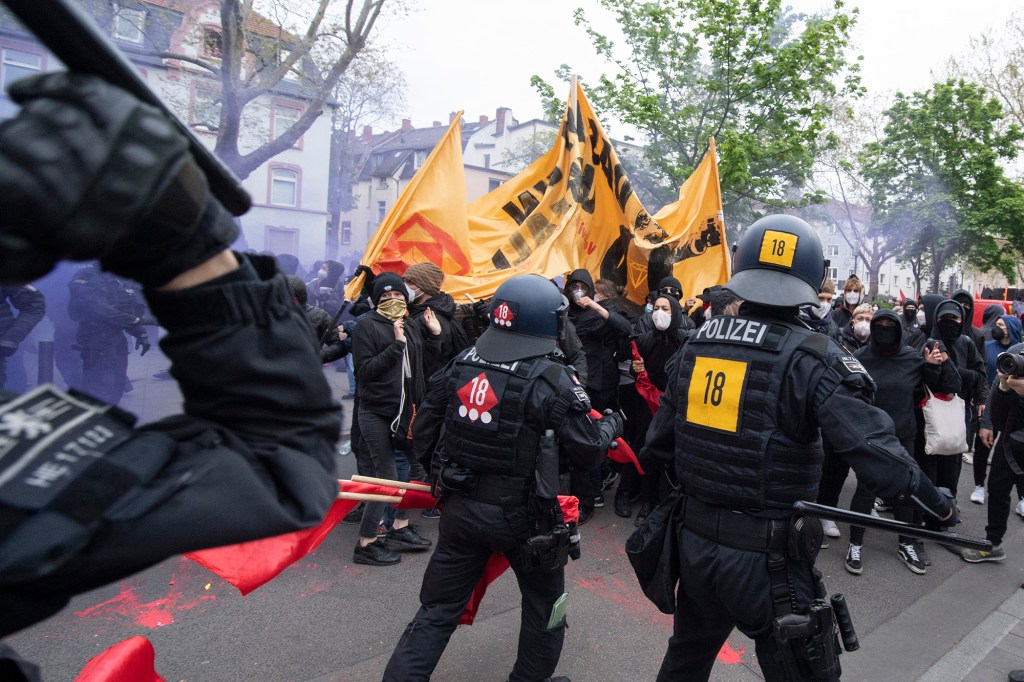 Protesters clashed with police during a May Day rally in Frankfurt. 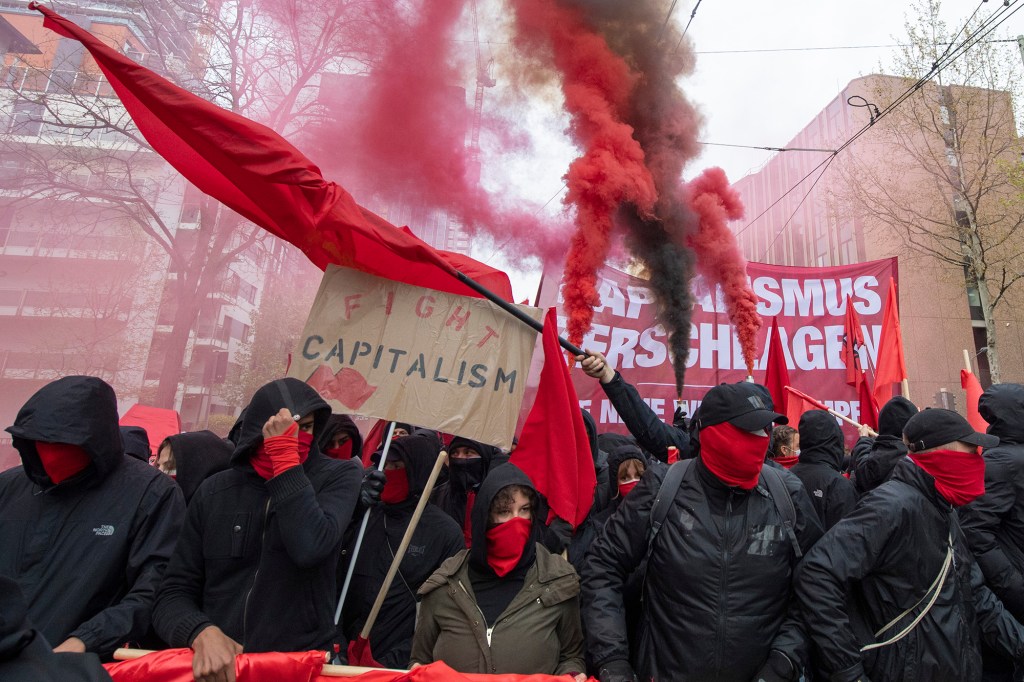 Hooded participants march in the annual May Day rally in Frankfurt. 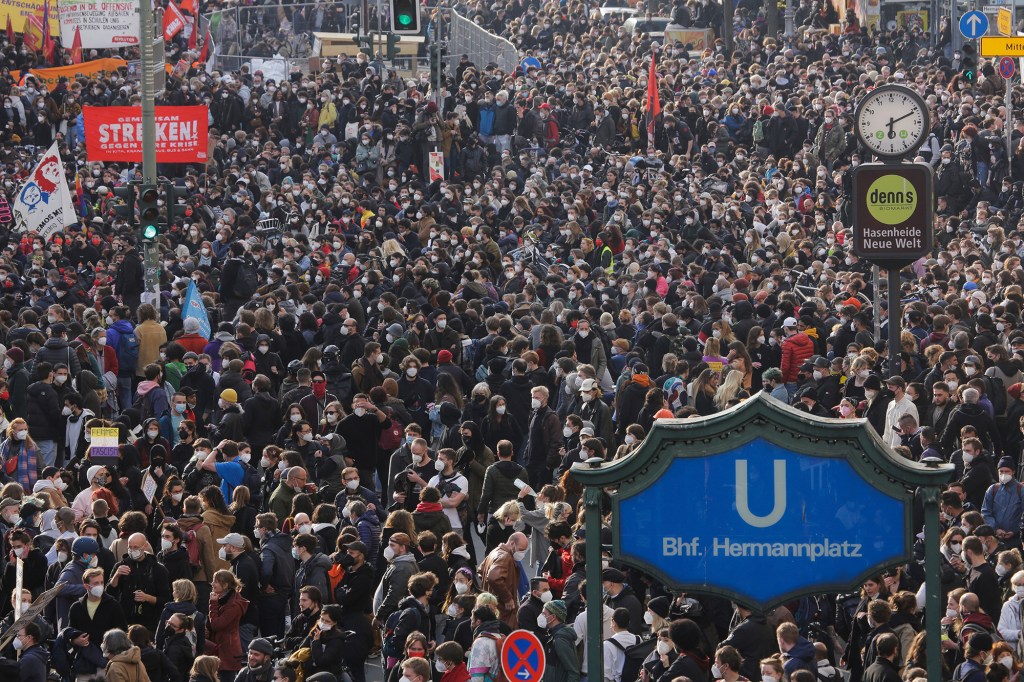 More than 20 different rallies took place in Berlin, the majority of them were peaceful.

There’s a nightly curfew in most parts of Germany currently because of the high number of coronavirus infections. But political protests and religious gatherings are exempt from the curfew.