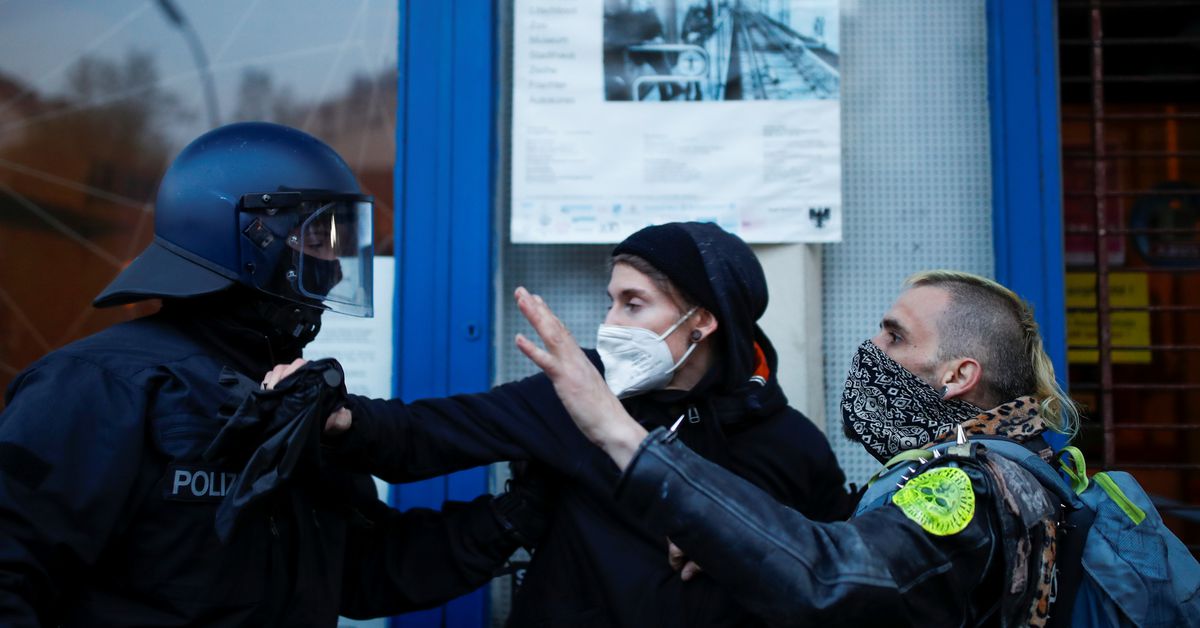 At least 5,000 protesters took to the streets on Saturday during May Day rallies in Berlin, clashing with police and injuring three officers, police said.

The injuries occurred after some demonstrators threw fireworks, bottles and rocks in protests over social inequality. About 5,600 police were deployed, and some responded with pepper spray in what marked the second May Day protests since the start of the coronavirus pandemic.

Turnout was higher than last year even though social distancing requirements remain in place.

Protests hit other European capitals too, most notably Paris, where police made 46 arrests as garbage bins were set on fire and the windows of a bank branch were smashed. read more

Demonstrations also took place in several other German cities, including Hamburg and Leipzig, despite Europe’s largest economy grappling with a third wave of the pandemic.

Earlier, data from the Robert Koch Institute (RKI) for infectious diseases showed that the number of confirmed coronavirus cases in Germany increased by 18,935 to 3,400,532. read more