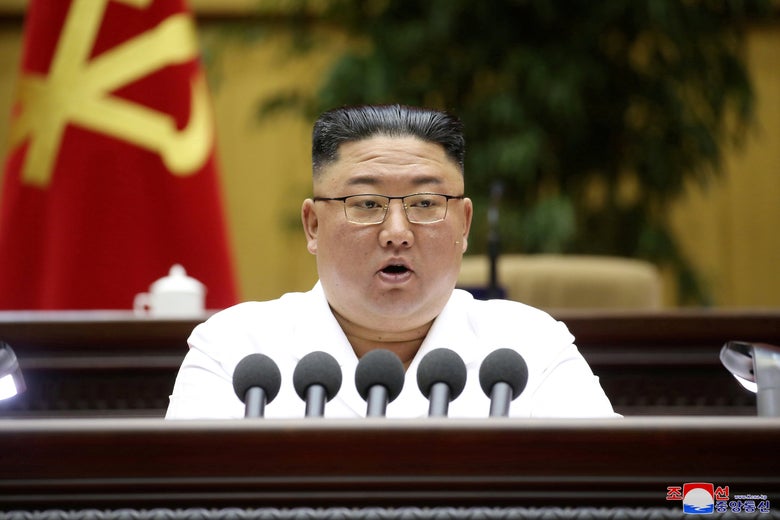 Last Friday, White House press secretary Jen Psaki announced that the Biden administration has completed its interagency review on policy toward North Korea. She then read a statement that had been very carefully written but was largely meaningless to those who (for understandable reasons) haven’t been following the issue lately. So let’s decode what’s going on here—what’s old about Biden’s policy and what’s new.

Our goal remains the complete denuclearization of the Korean Peninsula. With a clear understanding that the efforts of the past four administrations have not achieved this objective, our policy will not focus on achieving a grand bargain, nor will it rely on strategic patience.

Our policy calls for a calibrated, practical approach that is open to and will explore diplomacy with [North Korea] and to make practical progress that increases the security of the United States, our allies, and deployed forces.

We have and will continue to consult with the Republic of Korea, Japan, and other allies and partners at every step along the way.

Here’s what the five key phrases in this statement mean.

1. There has been debate among Korea watchers on whether U.S. policy should be “the complete denuclearization of North Korea” or “the complete denuclearization of the Korean Peninsula.” (Biden and aides have uttered both versions on different occasions.) The former means that North Korea gets rid of its nuclear weapons and the facilities that make them. The latter requires that all countries in the region (including the U.S.) get rid of nuclear weapons that have the range to hit North Korea. Psaki significantly declared the latter to be the official goal. Though there are disputes on how far to take this meaning (North Korean diplomats have argued that it means the U.S. should completely disarm, since all of its nukes could hit their country), Biden is at least making an overture to Kim Jong-un here; he’s saying that disarmament, to some degree, is a two-way street.

2. By saying that “the past four administrations have not achieved this objective,” which includes that of President Bill Clinton, Biden is noting that Clinton’s Agreed Framework—which froze North Korea’s plutonium production, in exchange for U.S. economic assistance—is not a model for future accords. New negotiations would have to begin a bit more ambitiously.

3. The remainder of that sentence—“our policy will not focus on achieving a grand bargain, nor will it rely on strategic patience”—rejects, specifically, the policies of the past two presidents, Donald Trump and Barack Obama. Early in his term, Obama reached out to Kim Jong-un, who was then a brand-new leader, got spat at, and decided simply to ignore him. He called it “strategic patience,” but really it was a decision to kick the problem down the road (because there was nothing else to do, nor was there any immediate danger at the moment), intensify sanctions, and hope that Kim’s regime might collapse in the meantime. “Grand bargain” was the policy set by Trump’s second national security adviser, John Bolton, to settle all differences between the two countries—including nuclear disarmament and also the economic transformation of North Korea—in one gigantic step (“the big bang” was another way of putting it). Bolton, whose real plan was to put the kibosh on all diplomacy as prelude to military confrontation, knew the plan would fail. And it did.

4. The next sentence, outlining what Biden’s policy will be, is packed with four important ideas. “Our policy calls for a calibrated, practical approach” (this refers to gradual, phased, step-by-step moves: North Korea disarms a little, the U.S. lifts sanctions a little) “that is open to, and will explore, diplomacy” (essentially: we’ll restart talks if Kim wants to, but we’re not going to push for them) “to make practical progress” (reduction of tensions is good enough; we don’t expect permanent peace) “that increases the security of the United States, our allies, and deployed forces.” This last bit requires more elaboration. Trump wanted North Korea to stop testing only missiles with the range to hit U.S. territory; he shrugged at short- and medium-range missiles, which could hit only South Korea, Japan, and (though he didn’t note this explicitly, maybe he didn’t understand the implications) U.S. military forces stationed in the Asia-Pacific. Biden is saying that he ultimately wants North Korea to get rid of all its nuclear-armed missiles, whatever their range.

5. Psaki accentuated this point by ending with a message addressed to the other countries in the region and, by extension, the world: “We have and will continue to consult with [South Korea], Japan, and other allies and partners at every step along the way.” Trump staged his summit dramas with Kim without consulting those allies at all—even, at one point, promising Kim to suspend military exercises with South Korea, again, without discussing it with Seoul. Biden is saying that won’t happen this time.

So are Washington and Pyongyang off to a new, hopeful beginning? Not quite.

First, after Bolton’s “grand bargain” ploy collapsed, Trump’s emissary to North Korea talks, Stephen Biegun, with a team of experienced diplomats proposed step-by-step measures (what the Biden-Psaki statement calls a “calibrated, practical approach”), but his North Korean counterparts ignored them. Perhaps they did so believing that Trump—desperate for a Nobel Peace Prize or perhaps just reelection—would come back for a third summit and give away the store. It wasn’t an unreasonable hope. Maybe Kim’s foreign ministry will recognize Biden as a more conventional (read: less gullible) American president, and so might take the offer more seriously, as the only gambit available. Or maybe not.

Second, the North Koreans have never itemized just how much nuclear material they possess or where they manufacture or test their weapons. Biden is unlikely to view a nuclear arms reduction as serious unless he knows how much of a reduction it is—how much material Kim was making (or how many weapons he had) before—and how much material he’s making (or how many weapons he has) after the reduction. This is an absolute prerequisite to further progress.

Finally, “complete denuclearization”—whether of North Korea or of the Korean Peninsula—is a pipe dream. Nuclear weapons are the only leverage that Kim possesses; without them, nobody would pay him the slightest bit of attention, except perhaps to overthrow his regime. Probably no American package of economic aid or security guarantees is gargantuan enough to make him surrender his nukes entirely. And if Kim insists that “denuclearization” means the U.S. must abandon all of its nukes that have the range to hit North Korea—whether they’re based on submarines, dropped from bomber aircraft, or launched from missile silos back in America—he’s dreaming too.

So it’s good that Biden and his team are making an effort to resume diplomacy with North Korea. It’s also good that they’re fairly clearsighted about what’s possible over the next few years. Already the North Korean government has denounced Biden for his continuation of a “hostile policy” toward Pyongyang—standard stuff for next-day commentary. Then again, North Korea’s economy is hurting, especially in amid the waves of pandemic; there are reports (though there have been many similar reports in the past) that his regime might be teetering. If he’s looking for an opening to calm, serious relations with the United States, he has a serious partner in Biden. We’ll see.