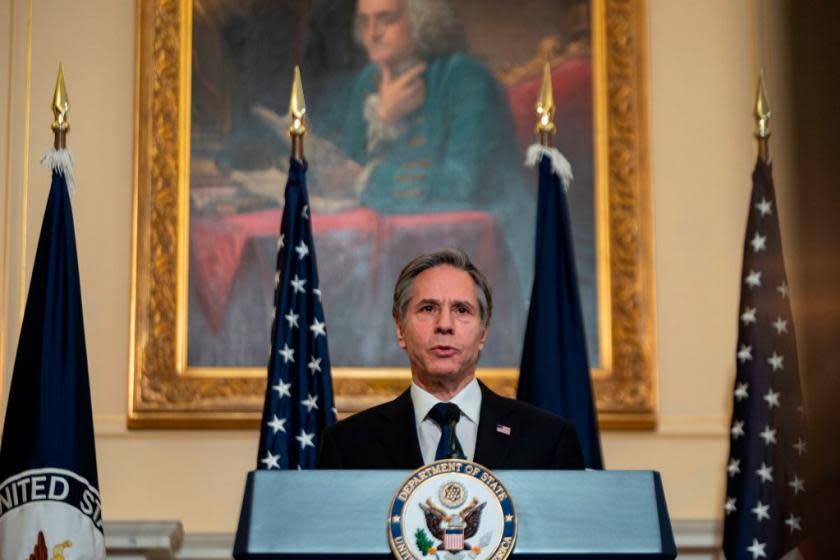 New Zealand leader Jacinda Ardern said Monday that differences between her country and China are becoming “harder to reconcile” after her government faced accusations it was being too soft on Beijing. While New Zealand and China continue to work together, there are things on which China and New Zealand “do not, cannot, and will not agree”, Mrs Ardern said in a speech to an annual China Business Summit in Auckland. New Zealand has faced criticism as a weak link in the Five Eyes intelligence-sharing network after it expressed reluctance to use the alliance to criticize Beijing. But on Monday Prime Minister Ardern said her government had raised “grave concerns” with Beijing about the treatment of Uighurs in Xinjiang province and spoken out about “continued negative developments with regard to the rights, freedoms and autonomy of the people of Hong Kong”. She said New Zealand has an independent foreign policy and chooses whether to raise rights issues publicly together with other countries or privately in talks with Chinese officials. “It will not have escaped the attention of anyone here that as China’s role in the world grows and changes, the differences between our systems – and the interests and values that shape those systems – are becoming harder to reconcile,” Ardern said. “This is a challenge that we, and many other countries across the Indo Pacific region, but also in Europe and other regions, are also grappling with,” she added. Although Ardern’s comments were fairly moderate, she has in the past tended to avoid direct criticism of China – New Zealand’s largest trading partner. Her speech comes two weeks after her foreign minister, Nanaia Mahuta, caused consternation within Western allies when she said New Zealand was uncomfortable with expanding the remit of the 70-year-old Five Eyes network to include joint positions on human rights. Her comments led to criticism that Wellington was setting aside its principles to avoid possible economic retaliation from China. Beijing reacted angrily when the grouping – comprised of Britain, the United States, Australia, Canada and New Zealand – issued a joint statement in November calling on it to reinstate Hong Kong pro-democracy legislators. “No matter how many eyes they have, five or 10 or whatever, should anyone dare to undermine China’s sovereignty, security and development interests, be careful not to get poked in the eye,” Chinese foreign ministry spokesman Zhao Lijian said at the time. Australia and Canada’s relations with Beijing have plummeted in recent years, and so far there appears to be little prospect of any significant improvement in US-China relations under President Biden. On Sunday, US Secretary of State Antony Blinken said China is acting “more aggressively abroad” and behaving “increasingly in adversarial ways”. Australia, who angered Beijing by calling for an international inquiry into the origins of Covid-19, has been on the receiving end of Chinese trade restrictions, affecting billions of dollars’ worth of its exports. Asked whether New Zealand would risk trade punishment in order to stick to its values, Ardern replied: “It would be a concern to anyone in New Zealand if the consideration was ‘Do we speak on this or are we too worried of economic impacts?’”