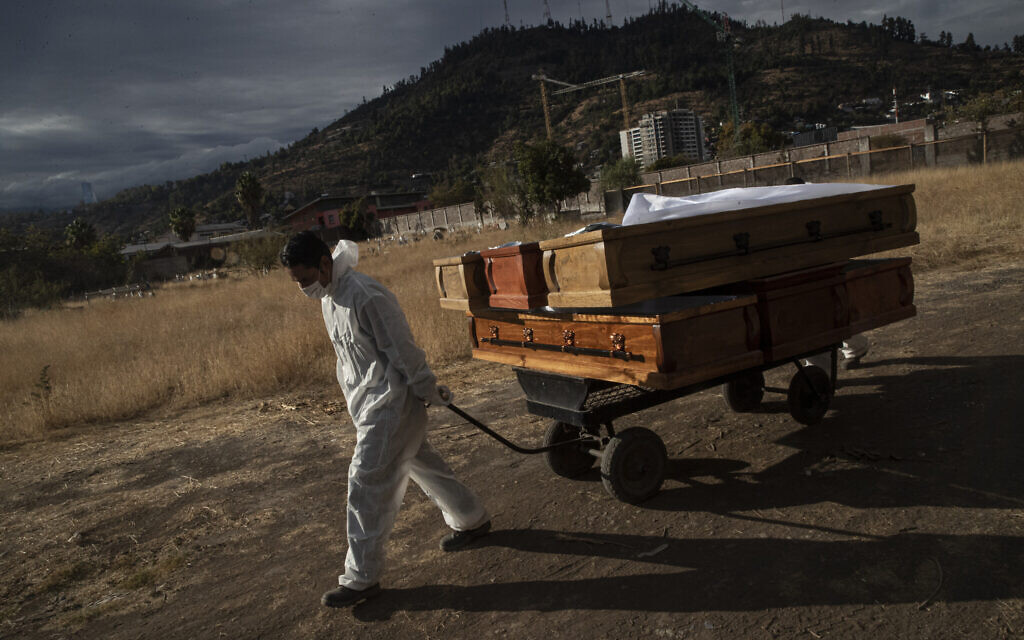 For the first time, Israelis in the country were found to be infected with variations of the coronavirus that have spread in South America, the Health Ministry said Monday.

A vaccinated man and a baby were found to be carrying the Brazilian variant, while the Chilean strain was found in another vaccinated adult, the ministry said in a statement.

All three had returned from abroad, though the ministry did not specify which countries they came from. It also did not say if they were symptomatic.

In addition, a further 19 people have been diagnosed with another mutation that is devastating India, bringing to 60 the number of Israelis found to have that strain, the statement said.

The Health Ministry said there was still no clear information about the new variants or their influence on vaccinated people, or those who have already recovered from COVID-19.

In light of the discoveries, the Health Ministry repeated its instruction to Israelis not to make unnecessary trips abroad.

Health officials are concerned that, as it is still unknown how effective current COVID-19 vaccines are against new mutations of the virus, an outbreak could occur in Israel, setting back the country’s immunization program, which has managed to bring down daily caseloads from thousands at the beginning of the year to just a few dozen.

Fears that the new variants of the virus could spread in Israel led to a Health Ministry order banning Israelis from travel to India, Mexico, South Africa, Brazil, Ukraine, Ethiopia, or Turkey unless they receive special permission. Israelis may take connecting flights through those countries, provided the layover is shorter than 12 hours.

Last week, Israel identified 41 cases of the Indian coronavirus variant, including five in children, and five among people who were fully vaccinated.

A top health official said Wednesday that it was not clear that COVID-19 vaccines offer protection against the Indian variant, and cited the concern as a key reason that Israel must ban travel to countries with high coronavirus infection rates.

Moreover, five kids from five schools were diagnosed with the Indian variant. Since the vast majority of children under 16 are not being vaccinated, this has raised fears of a new outbreak after infections have been steadily dropping for several months, following the country’s rapid inoculation campaign.

Late last month, the Jewish state passed the milestone of over 5 million people having received both vaccine shots.