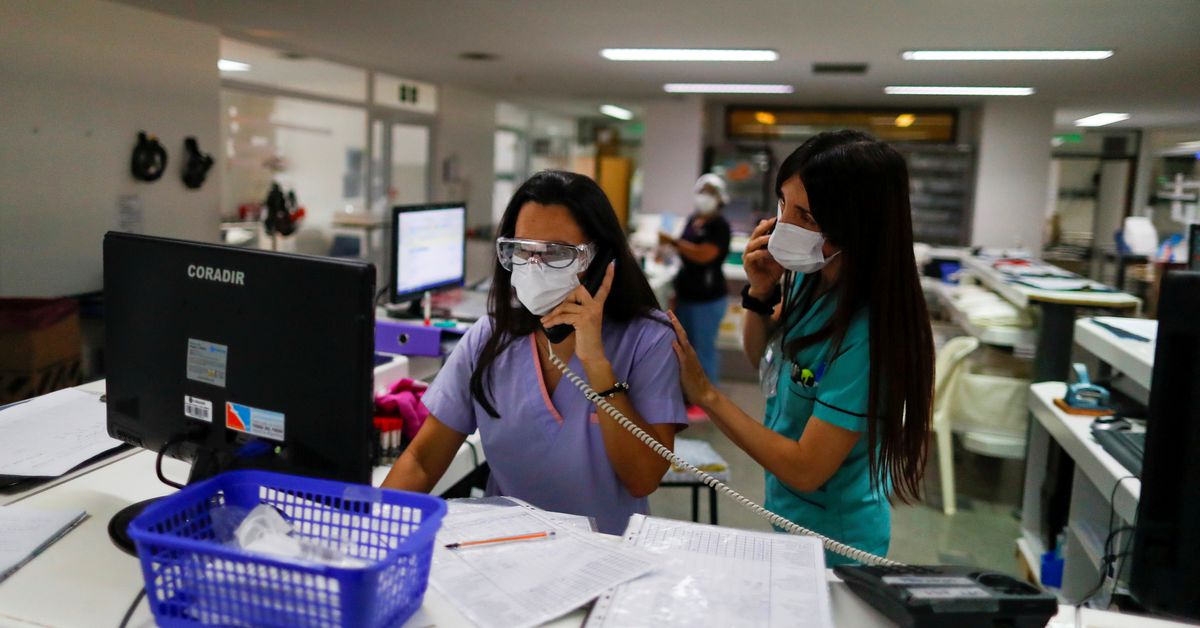 Argentina coronavirus cases hit 3 million on Sunday since the pandemic began, as medical workers said hospitals were full to capacity despite toughened government measures to bring down the spread of infections.

The country’s health ministry said there were 11,394 new cases over the last 24-hour period, bringing up the grim new milestone, with 156 new deaths taking fatalities to 64,252.

The government of President Alberto Fernandez this week unveiled a new round of tougher restrictions as a second wave of infections has battered the country, filling up intensive care units and setting new daily records for cases and deaths.

But medical staff said it was still not enough.

“People need to be a little more aware and know that the hospitals are full and that health personnel are exhausted,” said Luciana Berti, a 41-year-old surgical assistant.

The South American grains producer, which has gone through three straight years of recession, exacerbated by the pandemic, is balancing the need to stem the spread of the virus while protecting a fragile economic recovery.

Marcela Cid, owner of a business on the outskirts of Buenos Aires, said that Argentines were increasingly “locked into a situation” that while necessary, was of little help to anyone trying to move beyond the pandemic.

Argentine pediatrician Carlos Kambourian said that the key would be speeding up a stalled vaccination campaign. Otherwise, he warned, hospitals would be overwhelmed. Intensive care beds are around 68.1% occupied nationally, government data show.

“Today the health system does not support one more patient,” Kambourian said. “It is already overflowing.”