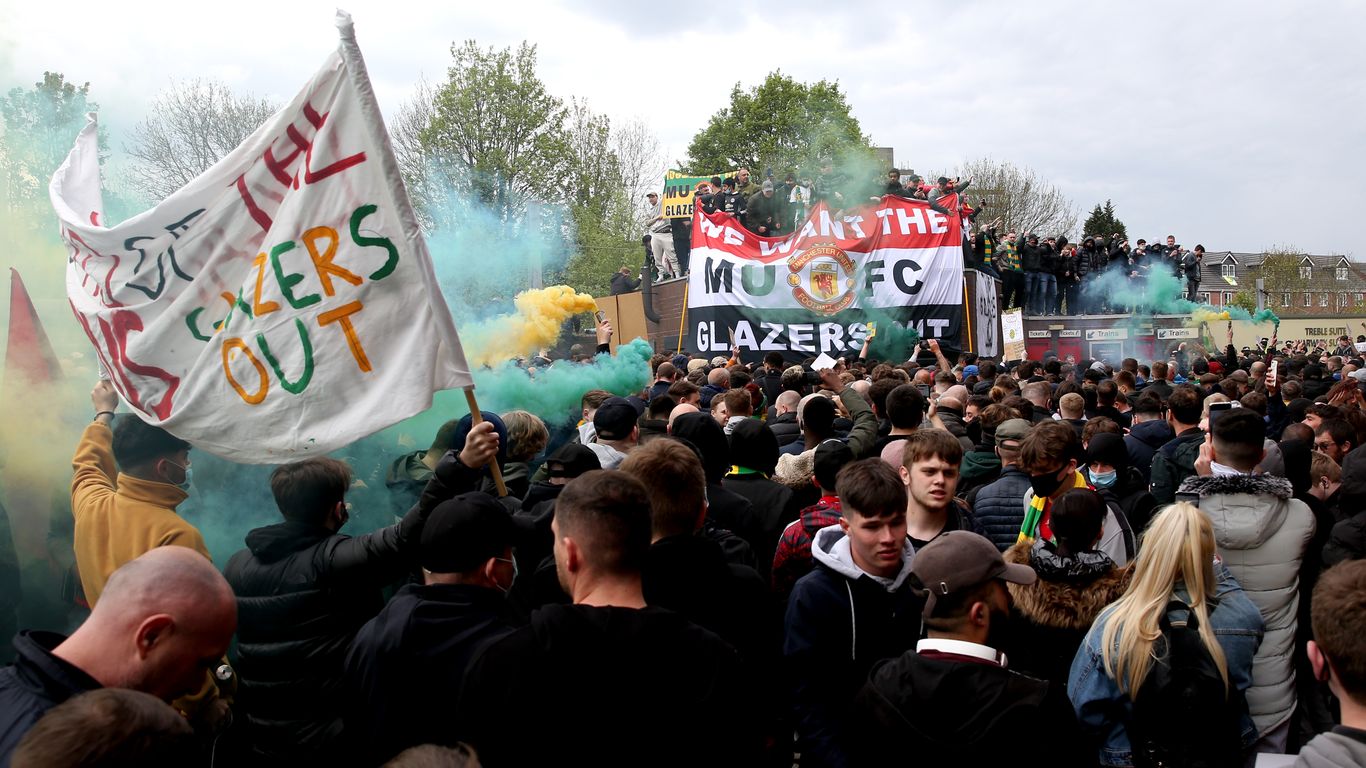 Manchester United and Liverpool’s Premier League clash was reportedly delayed Sunday after crowds of protestors broke into the stadium in opposition to the Glazer family’s ownership of the Manchester-based team.

Why it matters: The protests are part of the ongoing fallout from the failed European Super League, a breakaway coalition of 12 of world soccer’s biggest and richest clubs that would have upended soccer’s structures and economics. The relationship between United fans and its American owners had already soured before the debacle.

Flashback: Manchester United co-chair Joel Glazer apologized in a letter to fans last week for the team’s involvement in the proposed league, which fell apart just two days after being announced.