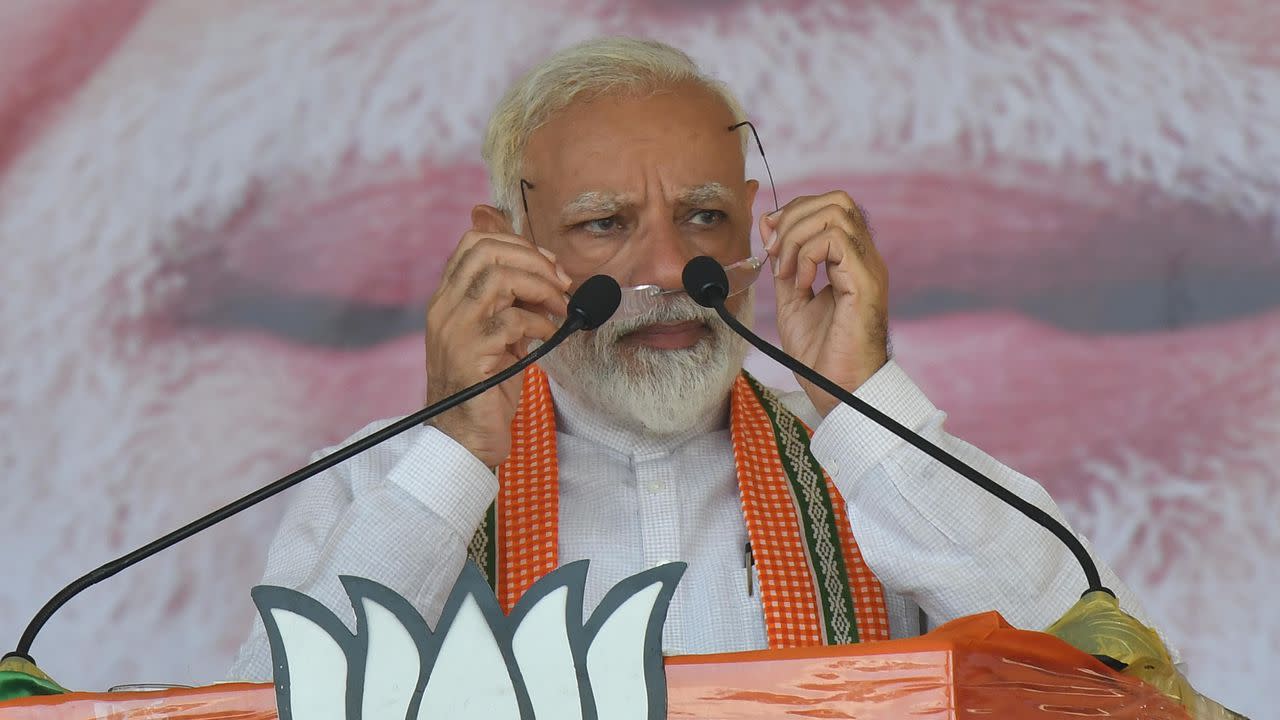 (Bloomberg) — Two weeks ago, Indian Prime Minister Narendra Modi called on states to only consider lockdowns “as the last option.” Now everyone from his political allies to top business leaders and U.S. President Joe Biden’s chief medical adviser see them as the only way to stem the world’s worst virus outbreak.The debate has been complicated by Modi’s move last year to impose a nationwide lockdown without warning, spurring a humanitarian crisis as migrant workers fled on foot to rural areas. While Modi is keen to avoid that criticism again, particularly after his Bharatiya Janata Party failed to win an election in West Bengal when votes were counted Sunday, even states run by his party are ignoring his advice.“One of the problems is this false narrative that it’s either a full lockdown, which equates to economic disaster, or no lockdown, which is a public health disaster,” said Catherine Blish, an infectious disease specialist and global health expert at Stanford Medicine in California. “What’s happening now is a health and an economic disaster. If you have huge swaths of your population getting sick, that’s not good for your population or your economy.”In the past week, television channels and social media have been flooded with grim scenes of overcrowded crematoriums and desperate pleas for oxygen from hospitals. Daily deaths in India slowed marginally after hitting a record 3,689 on Sunday, while the number of daily cases have been over 350,000 for the past few days.India’s richest banker Uday Kotak, who heads the Confederation of Indian Industry, urged the government to take the “strongest national steps including curtailing economic activity to reduce suffering.” We must heed expert advice on this subject — from India and abroad, Kotak said.This is a shift in industry’s response. In April, a survey of the confederation’s members showed they were against lockdowns and wanted swift vaccination. In past month however, the collapsing health infrastructure and mounting death toll has revealed the extent the crisis. Lack of adequate vaccine doses has only added to the chaos.“Deploy armed forces and central security forces for logistics, infrastructure and personnel,” the industry body said in a statement.Reasoned LockdownsThe most immediately effective way to break the chain of transmission is to keep people far enough apart that the virus can’t jump from one to another. Some experts, including Anthony S. Fauci, the top U.S. infectious disease doctor, say a temporary shut down is important.But others say complete national lockdown isn’t possible and it would be disastrous for the poor who have already borne the brunt of the outbreak.People who live hand-to-mouth can’t stay home, they have to go out every day to find something to eat or earn a day’s wages, said Kim Mulholland, an Australian pediatrician and leader of the infection and immunity group at the Murdoch Children’s Research Institute in Melbourne.Several parts of the country, including the national capital Delhi, and the financial hub Mumbai are already under a lockdown, though not as strictly as the one last year. The federal government has left it open for states to decide on local lockdowns.Although policy makers have signaled they are ready to take steps to support growth, economists say a failure to flatten the virus curve could exert pressure on monetary and fiscal policies that have already used up most of the conventional space available to them.As hospitals struggle for oxygen and bodies pile up at crematoriums, a blanket lockdown may only add to the misery. A sudden loss of livelihoods may once again prompt a rush of workers from cities to their home towns and villages, also helping the virus spread to the hinterlands. Experts suggest instead of a strict shutdown, governments could curtail activities where it is difficult to maintain social distancing.“I would absolutely curtail indoor retail, restaurants, shops, as much as possible anything that has people getting together indoors,” Ashish Jha, the dean of Brown University School of Public Health said. “I would absolutely ban any large congregations outside, though it’s hard in places in India where things can get pretty crowded naturally.”For more articles like this, please visit us at bloomberg.comSubscribe now to stay ahead with the most trusted business news source.©2021 Bloomberg L.P.