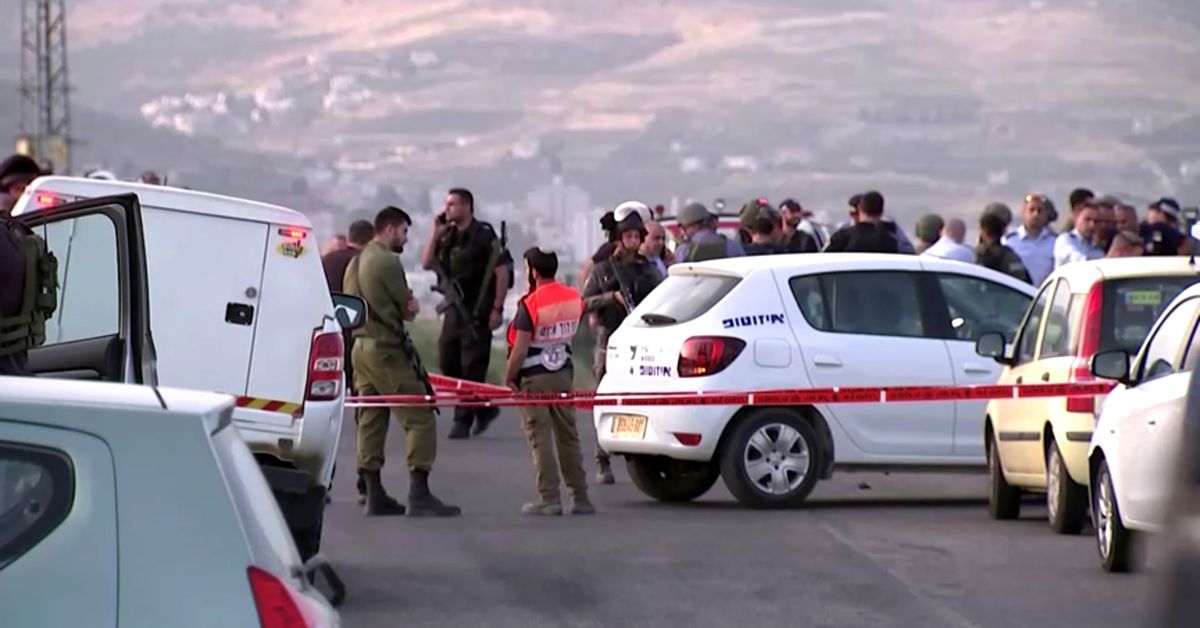 Members of Israeli forces gather at the scene of a shooting incident in the Israeli-occupied West Bank May 2, 2021, in this still image taken from a video. REUTERS/REUTERS TV

A Palestinian woman was killed and two Israelis were seriously wounded in two separate shooting incidents in the occupied West Bank on Sunday, Israeli and Palestinian officials said.

An Israeli soldier shot a Palestinian woman who tried to carry out a stabbing attack, the military said. Palestinian officials said the woman, aged 60, died of her wounds.

Later in the day Palestinian gunmen opened fire at a busy intersection, seriously wounding two Israelis. Israeli soldiers were searching for the gunmen, who fired from a car near a Jewish settlement before driving off, the military said.

Tensions have been high in the West Bank and Jerusalem during the Muslim holy month of Ramadan, peaking with several days of clashes near Jerusalem’s Old City between Israeli police and Palestinians over access to a popular night-time meeting spot.

The Israeli army said it would be sending additional troops to the West Bank following a “situational assessment.”