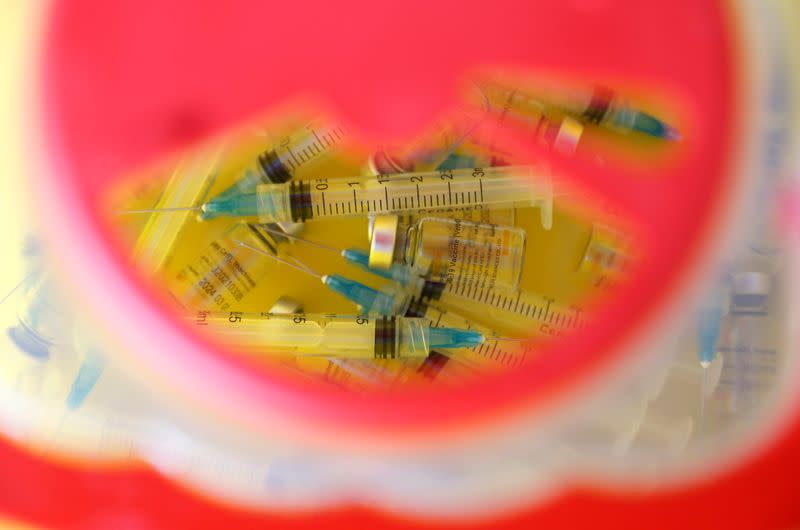 This radar image captured shortly before 10 p.m. CDT Sunday, May 2, 2021, shows a tornado-warned thunderstorm tracking toward Tupelo, Mississippi. (AccuWeather) Nearly 100,000 Mississippi residents were under a tornado emergency on Sunday night, including the city of Tupelo, as a confirmed large and destructive tornado tore through the region. Shortly before 10 p.m. CDT, the National Weather Service (NWS) issued a dire warning for the city of Tupelo, calling the situation particularly dangerous and life-threatening as a confirmed tornado charged toward the city. A tornado emergency can be issued when a large, destructive tornado has been on the ground for an extended period of time and is approaching a populated area. Tornado emergency for Tupelo! This is a life threatening situation!Take cover now! #mswx pic.twitter.com/XsqJ9fLwGP— NWS Memphis (@NWSMemphis) May 3, 2021 “At 952 PM CDT, a confirmed large and destructive tornado was observed over Tupelo, moving northeast at 45 mph. TORNADO EMERGENCY for Tupelo. This is a PARTICULARLY DANGEROUS SITUATION. TAKE COVER NOW,” the NWS warning said. Local law enforcement have reported extensive residential damage around the Elvis Presley Museum Area in Tupelo, along with downed trees and power lines. Tupelo is the birthplace of Elvis Presley. Tornado warning for Tupelo, Mississippi until 10:45p CDT A large and dangerous #tornado was spotted near Saltillo.Nocturnal tornadoes are incredibly dangerous. Take the warnings seriously tonight! #MSwx https://t.co/vTtgB0S28n pic.twitter.com/wiNVBnSOYE— Bill Wadell (@BillWadell) May 3, 2021 Around the Highway 151 area of town, local media reported a roof was torn off of an apartment building. The City of Tupelo’s Mayor’s Office released a statement on Facebook on Sunday night, stating that damaged had been reported throughout the city. “Emergency crews are currently assessing the degree of damage. Please do not get out and drive. It is dangerous–there are reports that power lines are down in the roads. We will update you as soon as we know the extent of damage. Prayers that all are safe, and please keep our crews and first responders in your prayers also,” the statement said. Forecasters noticed a “debris ball” signature on radar as the storm charged toward Tupelo, indicating debris being picked up by a strong tornado and lofted high into the atmosphere. CLICK HERE FOR THE FREE ACCUWEATHER APP Adding to the severity of the situation was the timing of the tornado. At night, tornadoes are extremely difficult to see. “In parts of the south-central and southeastern United States, nighttime tornadoes are more common than in any other region of the nation,” AccuWeather Senior Meteorologist Mike Doll said. Screen captures of a Mississippi Department of Transportation camera along Interstate 22 at Veterans Memorial Bridge showed what appeared to be a large tornado illuminated only by a flash of lightning, or possibly a power flash. Tupelo was not the only place in Mississippi that endured tornadoes on Sunday, with the NWS’s Storm Prediction Center reporting a preliminary total of around one dozen tornadoes in the state, along with one tornado in Louisiana. Survey crews with the NWS will examine the extent and severity of the damage to determine the exact strength, width and path length of each of the tornadoes in the coming days. In the meantime, forecasters urge residents to remain weather aware this week, as more rounds of severe weather are expected in portions of the southern United States. Keep checking back on AccuWeather.com and stay tuned to the AccuWeather Network on DirecTV, Frontier, Spectrum, FuboTV, Philo, and Verizon Fios.