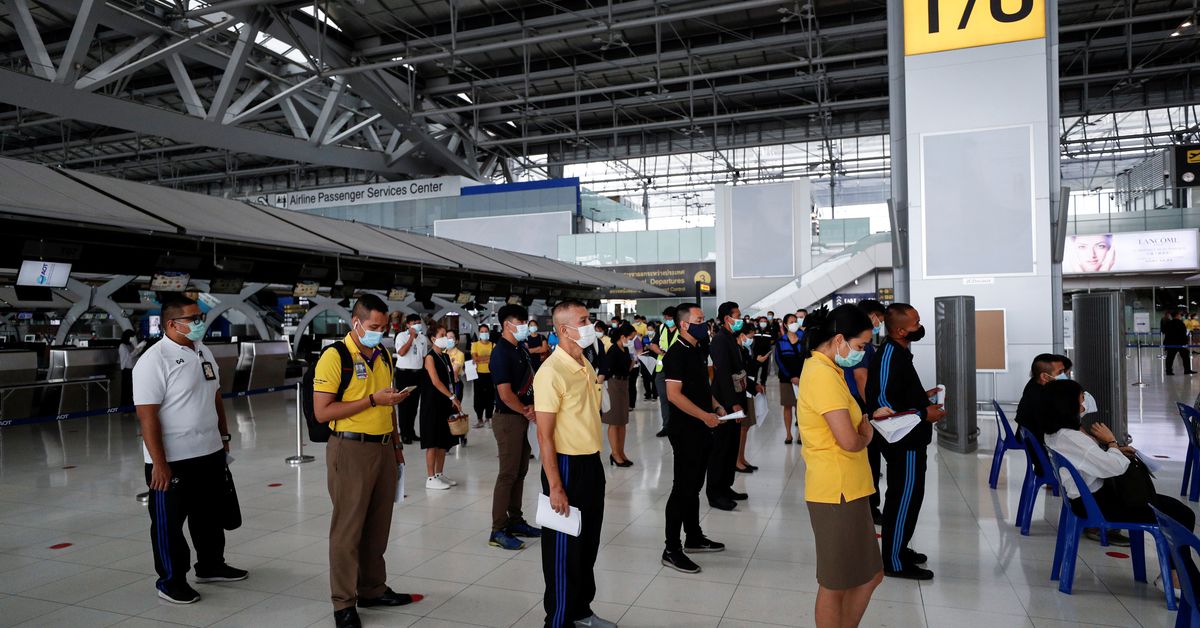 People line up to receive their vaccine against the coronavirus disease (COVID-19) at Suvarnabhumi airport in Bangkok, Thailand April 28, 2021. REUTERS/Jorge Silva

Thailand’s Health Ministry on Sunday reported 1,940 new coronavirus cases, while deaths hit 21 for a second day, the highest daily number of fatalities since the pandemic began.

Thailand largely controlled the virus early in the pandemic through shutdowns and strict border controls. But a deadly third wave that begin in early April includes the highly transmissible B.1.1.7 variant and has accounted for about half of its total cases and deaths.

Sunday’s numbers brought the country’s total confirmed infections since the pandemic began last year to 68,984. Total deaths are now at 245.

A mass vaccination programme is to kick off in June with locally manufactured AstraZeneca doses. Vaccine registration opened to the public this weekend with a goal of inoculating 70 percent of adults in the country of more than 66 million people.