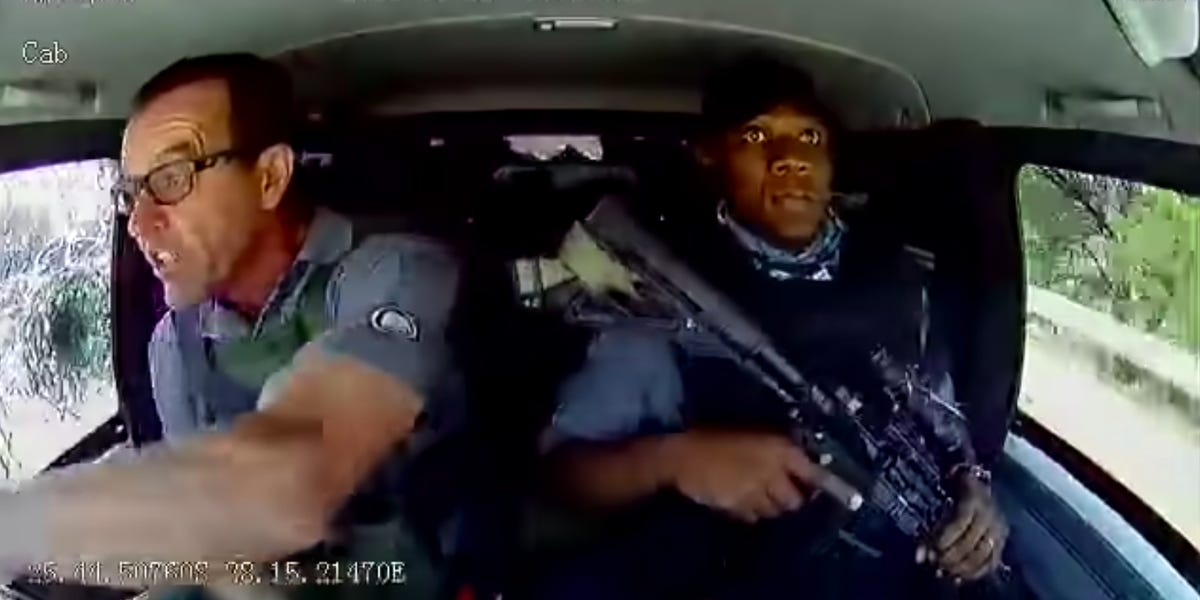 Dashcam footage shows the intense moment a gang of armed robbers in South Africa attempted a cash-in-transit heist by chasing and firing shots into a bulletproof security vehicle.

Members of a private security company were transporting money in a truck in the northern city of Pretoria on April 22 when they were suddenly attacked.

In the three-minute-long video, a security officer is seen driving with a colleague. Both are wearing bulletproof vests.

Suddenly, a round of gunshots can be heard as a window on the driver’s side partially shatters.

The driver of the van, who reacts incredibly calmly, maneuvers through the traffic to escape. At one point, he appears to ram one of the two vehicles chasing the van.

“They’re going to shoot. They’re going to f****** shoot,” the driver can be heard saying. He then instructs his colleague in the passenger seat to pull out his rifle. The two drive in silence as muffled gunshots continue to ring out.

Read more: The US has reported its first cases of the more infectious coronavirus variant from South Africa

“Phone Robbie, phone Josh, ask them where they are,” the driver then orders while continuing to maneuver the truck skillfully. Towards the end of the video, he can be seen stopping the vehicle and taking the rifle from his colleague.

Watch the footage below, the heist begins one minute in:

“The suspects fired several shots at the CIT vehicle in an attempt to stop it during a high-speed chase,” police spokesperson Brigadier Vishnu Naidoo confirmed on Friday, according to News24.

“The driver of the CIT vehicle managed to evade the robbers for a while but later stopped in wait for the robbers. The robbers fled without taking any money. No arrests have yet been made,” Naidoo added.

Photos of the scene show the seriously damaged white security van, which appears to have been shot at from the side and the front. It is unclear whether there were any deaths or injuries.

The driver of the security team has not been identified yet, although local media claim he is a former member of the Police Special Task Force.