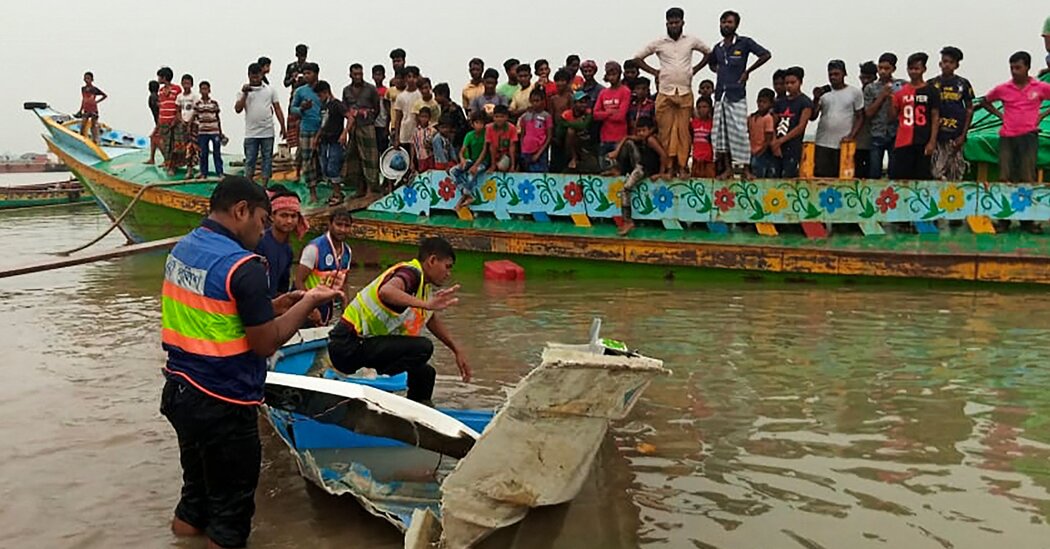 DHAKA, Bangladesh — At least 26 people died and several others were missing on Monday after an overcrowded speedboat collided with a sand-laden bulk carrier and sank in the Padma River in Bangladesh, the police said.

“Rescuers found 26 dead bodies, and some still could be missing,” said Miraj Hossain, a senior police official of the central Madaripur District, where the accident occurred.

Five people were rescued and sent to a hospital, he said.

The speedboat was carrying passengers in violation of government restrictions during a nationwide coronavirus lockdown, Rahima Khatun, a top government official in the area, told The Associated Press.

It overturned while heading for Madaripur District from Munshiganj District, the official said. Bangladesh is under a lockdown until Wednesday to curb the spread of the coronavirus.

Hundreds of people die each year in ferry accidents in Bangladesh, a low-lying country that has extensive inland waterways and lax safety standards.

It was the second fatal maritime accident in a month. In April, a collision between a cargo ship and a small ferry killed 27 people and left more than a dozen others swimming for their lives in central Bangladesh, the latest in a long history of disasters on the country’s heavily trafficked waterway.

In June last year, at least 32 people drowned after the passenger boat they were on collided with a ferry and capsized in Bangladesh’s capital, Dhaka.

At least 15 people drowned in February 2020 after an overcrowded boat carrying Rohingya refugees capsized off the coast of Bangladesh.