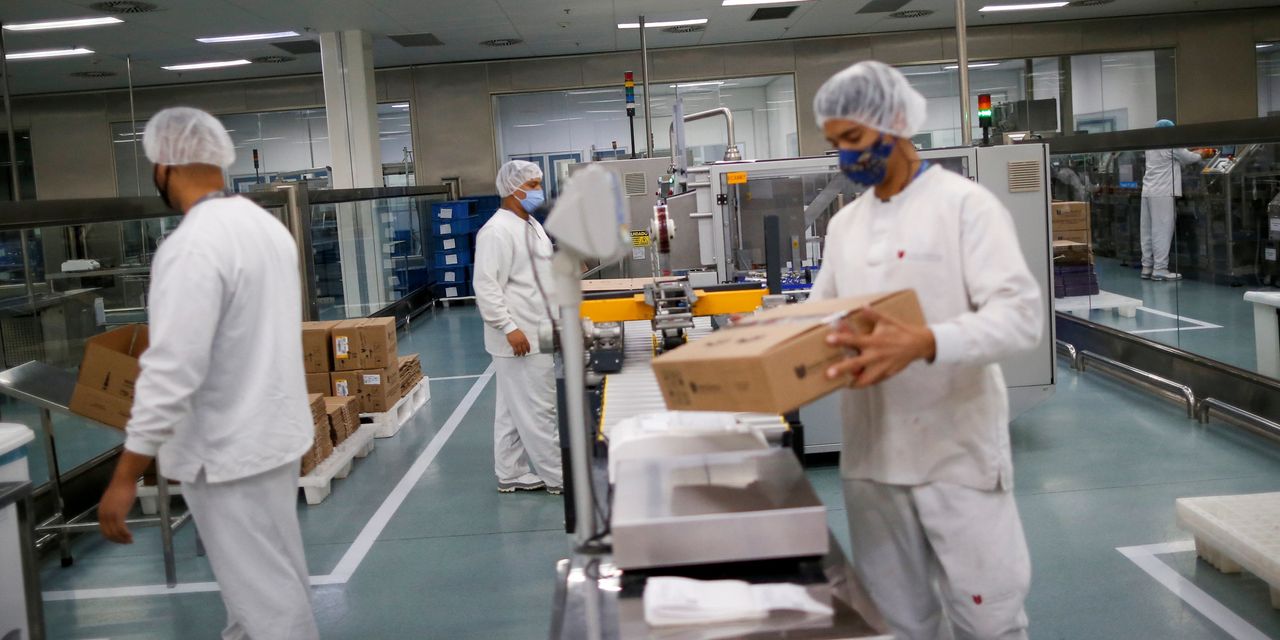 SÃO PAULO—Brazil’s health authority said it has serious doubts about the safety and efficacy of Russia’s Sputnik V Covid-19 vaccine and defended its decision to block the shot for emergency use, saying Russia lacks vaccine experience and was defensive in its responses to the agency.

The agency, Anvisa, declined to approve the vaccine last week despite a shortage of Covid-19 shots in the hard-hit country and a Sputnik V rollout in more than 60 countries that have already approved the vaccine for use.

Brazil is concerned the vaccine could contain active adenovirus particles, responsible for the common cold, which could make recipients sick, said Gustavo Mendes, Anvisa’s medicines and biological products manager, in an interview Monday.

Mr. Mendes said Brazil also had doubts about the methodology used in Sputnik V’s clinical trials and whether the batch of doses that Brazil would receive would be identical to the shots tested in those trials.

“It’s a question of both safety and efficacy,” said Mr. Mendes.

He said that Anvisa had faced intense pressure from the public to approve the shot, with more than 2,000 people dying a day from the disease in Brazil.

“They say to us: ‘People are dying, these vaccines could save lives,’ but with the amount of questions and doubts we have, it’s not clear that this vaccine really will give protection,” Mr. Mendes said.

The Russian Direct Investment Fund, which manages the foreign sales of the vaccine, didn’t immediately respond to a request for comment. The Russians have previously rejected Brazil’s concerns, accusing Anvisa of acting politically at the behest of Washington to discredit the vaccine.

A peer-reviewed clinical trial published in the British medical journal The Lancet in February found the Russian vaccine was safe and 91.6% effective. The vaccine has already been authorized in 64 countries, mostly across the developing world. In Latin America, Mexico and Argentina have administered about 7 million doses, while over 12 million people in Russia have received the shot, officials said.

Mr. Mendes said Anvisa’s decision last week came after Brazil’s Supreme Court had given the health agency a deadline of 30 days to respond to requests from 10 state governments that are hoping to administer the vaccine. He said Russia’s lack of experience at exporting vaccines and dealing with international regulatory agencies had made it difficult to get the necessary information in time.

“We would find data that conflicted with data on another page, there were spelling mistakes…the information was not written in a logical way,” said Mr. Mendes.

When Anvisa officials asked for clarifications from the Russians, they were defensive and reacted with suspicion, he said. “They would reply: ‘But why do you want to know this?’ ”

Mr. Mendes said that many of the countries that have authorized Sputnik V didn’t analyze the data themselves, but based their decision on its existing approval by other countries. Many Brazilian scientists have backed Anvisa’s decision, despite the urgency of the public-health crisis in the country, where Covid-19 has killed over 400,000 people.

One of Anvisa’s main concerns was the adenovirus, the virus that causes the common cold and which is used in Sputnik V to ferry a gene from the coronavirus into the recipient’s cells, triggering an immune response. While the adenovirus is used in some other Covid-19 shots, such as the one developed by Johnson & Johnson, it is meant to be stripped of a gene that allows it to replicate, rendering it harmless.

However, Anvisa said the documents from Sputnik V’s makers suggested the Russian shot contained adenoviruses capable of replication, meaning it could cause recipients to get a cold or even kill people with weakened immune systems. While the particles were listed as “not detected” for the group of volunteers who took the placebo during trials, they were stated to be “below 100” per dose for those who took the vaccine, indicating they were present in the Sputnik V shot, said Mr. Mendes. Anvisa officials questioned the Russians about this, Mr. Mendes said. “They said there was not time to change this or to check it out with more care,” he said.

Anvisa said the issue could be resolved if the Russians could prove that the vaccine contained no harmful adenovirus particles or that the levels were so low they posed no risk. Alternatively, the Russians could adjust the manufacturing process to eliminate the risk of the adenovirus replicating, Mr. Mendes said.

The vaccine’s developers have said that “no replication-competent adenoviruses were ever found in any of the Sputnik V vaccine batches that have been produced.” They also said that Sputnik V goes through a rigorous quality control process, including control for such replicating adenoviruses.

Brazil’s health authority also said it was concerned that the methodology used during Sputnik V’s clinical trials gave inaccurate results. Mr. Mendes said that Anvisa’s technicians found the Russians hadn’t correctly advised participants in the trial when to test for Covid-19, potentially leading some to test negative despite having contracted the disease.

Mr. Mendes said that there were also no studies proving the batches of Sputnik V doses destined for Brazil were identical to those tested during clinical trials.

Russia has pushed back against Brazil’s decision, saying the regulator’s move was motivated by politics, and threatened to sue Anvisa for defamation.

The decision “to delay the approval of Sputnik is, unfortunately, of a political nature and has nothing to do with the regulator’s access to information or science,” the vaccine’s developers said last week. They said that they had shared all the necessary information and documentation with Anvisa, whose experts had visited Russia.

Some other countries have cited similar problems. Last month, Slovakia’s drug agency refused to authorize the vaccine, saying that the developers of Sputnik V failed to provide 80% of the requested data. Sputnik V’s developers have called Slovakia’s decision an act of sabotage and breach of contract.

The vaccine, which was approved for use in Russia in August, has been criticized by some Western scientists and politicians for its fast-tracked development and initial lack of trial data. The European Union’s regulator, the European Medicines Agency, is currently reviewing the shot and its manufacturing process.

—Georgi Kantchev in Burgas, Bulgaria, contributed to this article.

Write to Luciana Magalhaes at Luciana.Magalhaes@wsj.com and Samantha Pearson at samantha.pearson@wsj.com