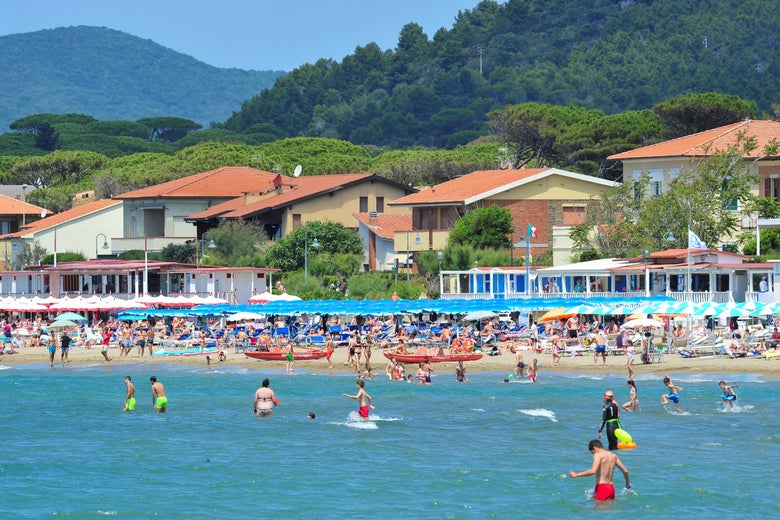 In a bit of welcome news for Americans who are all vaxxed up with nowhere to go, the European Union is set to reopen its borders to vaccinated tourists and visitors from other low infection-rate countries. Under the new plan, which still needs approval from the bloc’s 27 member states, restrictions on vaccinated travelers could be lifted by June 1, a welcome boost for European economies heavily dependent on the tourism economy. The new rules on travel would bring to a close an extended, year-long ban on all but essential travel to Europe, even as the many of the bloc’s countries are still in various forms of lockdown as they struggle to beat back a third wave of infections.

The European Commission will put the new plan to member state governments this week in the hopes of hammering out an agreement that could go into effect by the end of the month. The proposed rules would require a tourist to have received the final dose of an approved vaccine at least 14 days before arriving on the continent. The approved vaccines are the ones widely being used in the U.S. and elsewhere—including Pfizer, Moderna, Johnson & Johnson, and AstraZeneca—but Russia’s Sputnik and China’s leading Sinopharm and Sinovac vaccines are not on the approved list. The aim is to have proof of vaccination replace testing and quarantine requirements, though each country will have some discretion over additional safety measures.

In addition, visitors from countries with a “good epidemiological situation” will also be allowed to enter the E.U. Currently, that amounts to a small group of just 7 countries, but the new proposal is set to raise the allowable infection rate from rate from 25 to 100 per 100,000 people.