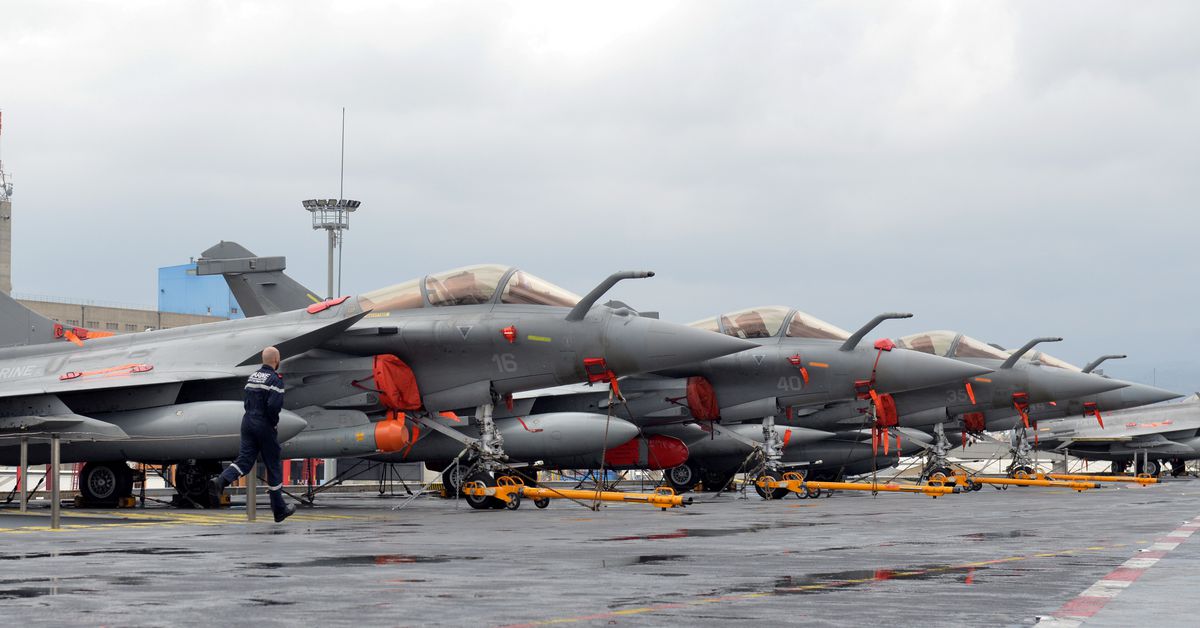 Egypt has signed a contract with France to buy 30 Rafale fighter jets, its defence ministry said in a statement early on Tuesday, in a deal that investigative website Disclose said on Monday was worth 3.75 billion euro ($4.5 billion).

President Emmanuel Macron said in December he would not make the sale of weapons to Egypt conditional on human rights because he did not want to weaken Cairo’s ability to counter terrorism in the region, a comment that drew the ire of critics.

Egypt’s defense ministry said the deal would be financed through a loan to be re-paid over at least 10 years, but did not disclose the value of the deal or further details.

Citing confidential documents, Disclose said an agreement had been concluded at the end of April and a deal could be sealed on Tuesday when an Egyptian delegation arrives in Paris.

This deal would be a further boost for the Dassault-made (AVMD.PA) warplane after a 2.5 billion euro agreement was finalised in January for the sale of 18 Rafales to Greece.

The Egyptian accord also reportedly covers contracts for missile provider MBDA and equipment provider Safran Electronics & Defense (SAF.PA) which are worth another 200 million euros.

France’s finance, foreign and armed forces ministries were not immediately available for comment.

France was the main weapons supplier to Egypt between 2013-2017, including the sale of 24 warplanes with an option for 12 more. Those contracts dried up, including deals for more Rafale jets and warships that had been at an advanced stage.

Diplomats said that was as much to do with financing issues over fears about Cairo’s long-term ability to repay state-backed guaranteed loans, rather than concerns Paris had with the human rights situation in Egypt.

“By signing a mega-arms contract with (Egyptian President Abdel Fattah al-)Sisi’s government while the latter presides over the worst repression in decades in Egypt, the eradication of the human rights community in the country, and undertakes extremely serious violations under the pretext of the fight against terrorism, France is only encouraging this ruthless repression,” Jeannerod told Reuters.

Disclose said financing for the deal would be up to 85% guaranteed by the French state with BNP Paribas SA, Credit Agricole, Societe Generale and CIC, which funded the original deal, signing up again. The banks were not immediately available for comment.

Concerned by the political vacuum in Libya, instability across the region and the threat from jihadist groups in Egypt, both countries have cultivated closer economic and military ties since Sisi’s rise to power.

Rights organisations have accused Macron of turning a blind eye to what they say are increasing violations of freedoms by Sisi’s government.

French officials dismiss this and say Paris is following a policy of not openly criticising countries over human rights so as to be more effective in private on a case-by-case basis.