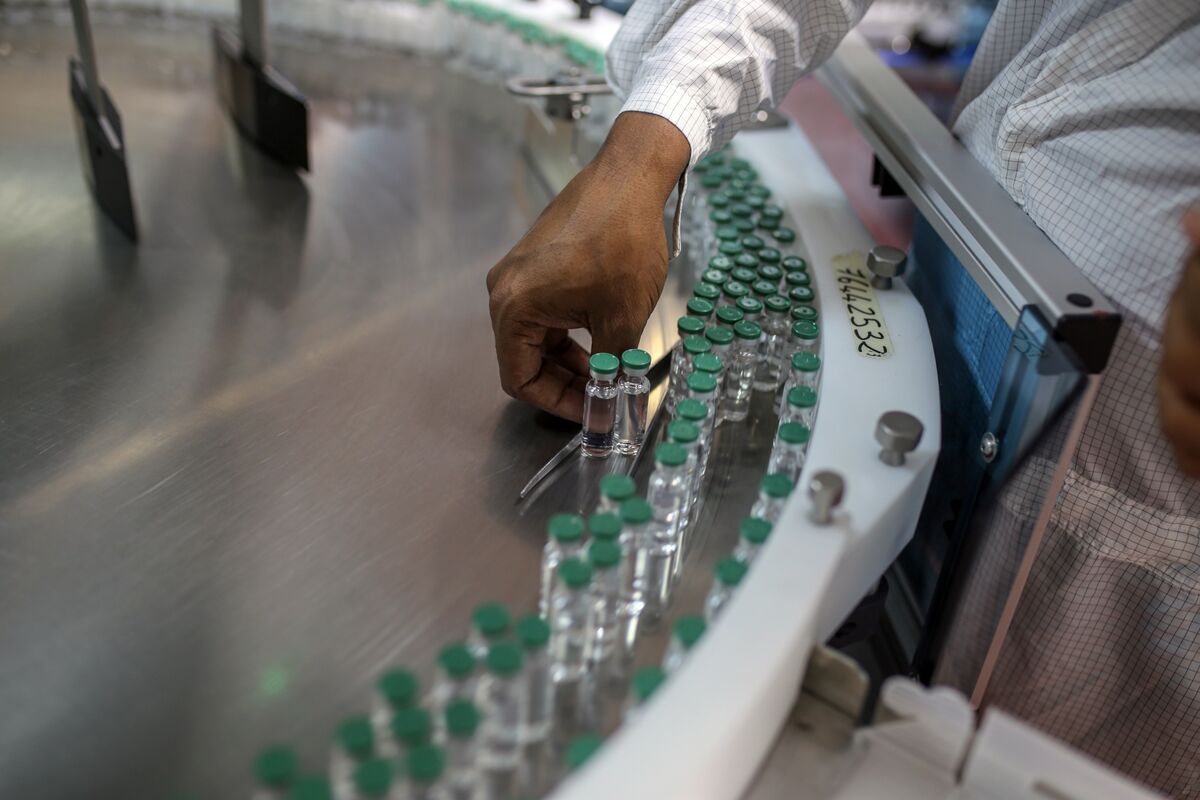 Sign up here for our daily coronavirus newsletter on what you need to know, and
subscribe to our Covid-19 podcast for the latest news and analysis.

The Narendra Modi-led federal government hasn’t placed an order larger than 110 million doses from the biggest local maker since sales started in December, according to a person familiar with the matter — enough for just 4% of its population of 1.4 billion people.

The lack of a larger central stockpile, coupled with a devastating second wave in the country — daily new cases surged over 400,000 on Saturday — is now making local state governments scramble and compete with one another in placing orders with manufacturers after the federal government turned over the responsibility of procuring vaccines to them last month.

Serum Institute of India Ltd., the world’s largest vaccine maker and the country’s main supplier of Covid-19 shots, is racing to keep up with states’ orders but its production facilities can produce only 60 to 70 million doses a month and can ramp up to 100 million by July, said the person who declined to be identified as the information is private.

India, with the world’s fastest-growing coronavirus outbreak, is seeing its health care system collapse as it
runs short of everything from hospital beds to oxygen cylinders. Though the nation is one of the world’s biggest vaccine makers, supply locally has run dry amid an expansion of access to everyone aged 18 and above, leading to a game of pass-the-buck among manufacturers and government officials.

Tensions have escalated to the point that Serum’s flamboyant chairman, Adar Poonawalla, fled to London partly to escape menacing threats from people desperate to get vaccines, he said in an
interview to the U.K.’s The Times over the weekend.

The country is likely to face shortages of Covid-19 vaccines through July, Poonawalla told the Financial Times in an
interview Sunday, as Serum ramps up capacity.

“Everybody really felt that India had started to turn the tide on the pandemic,” Poonawalla told the U.K. based news daily. “There were no orders, we did not think we needed to make more than 1 billion doses a year.”

A spokesperson for Serum declined to comment on its Covid vaccine order book.

The devolution of responsibility to state governments to procure urgent medical supplies resembles what former U.S. President Donald Trump’s administration did last year when the world’s biggest economy faced an explosive outbreak: states were forced to bid against one another for crucial equipment like ventilators and masks.

The sluggishness in vaccine procurement risks prolonging the misery in the world’s second-worst hit nation that is seeing its Covid-related death toll rise to unprecedented levels, overwhelming hospitals and crematoriums alike. Vaccines can prevent severe infections that cause hospitalization and deaths, thus alleviating the pressure on the health-care system.

Opening the vaccination program for everyone above the age of 18 years — without a stockpile in place — has exacerbated the shortages, with many state governments stopping inoculation citing the vaccine shortage. Online registrations opened late last month only for servers to
crash as tens of thousands of Indians tried to get a spot.

Serum is licensed to manufacture Covid shots from
AstraZeneca Plc. and Novavax Inc. Of the two, Indian government has approved only AstraZeneca’s Covishield vaccine for use.
Bharat Biotech International Ltd.’s Covaxin is also approved in India, as is Russia’s Sputnik V.

Serum Institute was “maligned by politicians and critics over the vaccine shortages,” Poonawalla said in the FT report, pointing out that the government, not the company, was responsible for policy.

— With assistance by Devidutta Tripathy