The Foreign Ministry said Monday that it is sending planeloads of medical equipment, including respirators, oxygen generators, and medicines to India, where the health system is collapsing under a wave of resurgent coronavirus infections

The shipments will include hundreds of oxygen generators, ventilators, and medical equipment that are urgently needed by India, the ministry said in a statement.

The first batches will be sent Tuesday and the rest throughout the week.

“India is one of Israel’s closest and most important friends. Especially in this difficult period that India is going through, we stand by it and are sending life-saving equipment to our Indian brethren,” said Foreign Minister Gabi Ashkenazi. 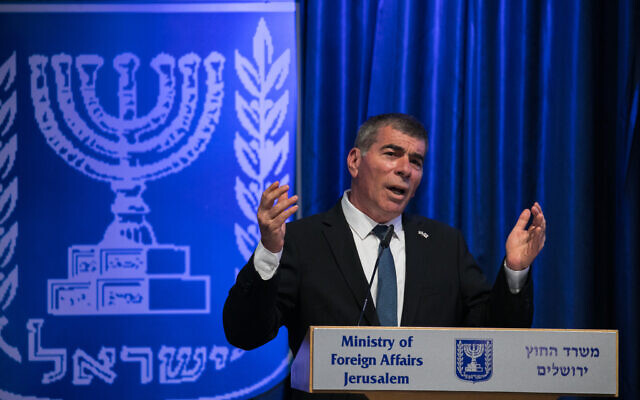 Several ministries and other government bodies, including the Israeli and Indian embassies in each country, were involved in setting up the operation, the ministry said.

The Startup Nation Central non-profit called on Israeli companies that work with Indian counterparts to join in the effort to build the Israeli aid package.

Additional help came from Amdocs, a software and communications company, which donated 150 oxygen generators, the statement said. The American Jewish Joint Distribution Committee, which describes itself as the largest Jewish humanitarian organization in the world, will also donate equipment to India, including some for the Jewish community in Mumbai. 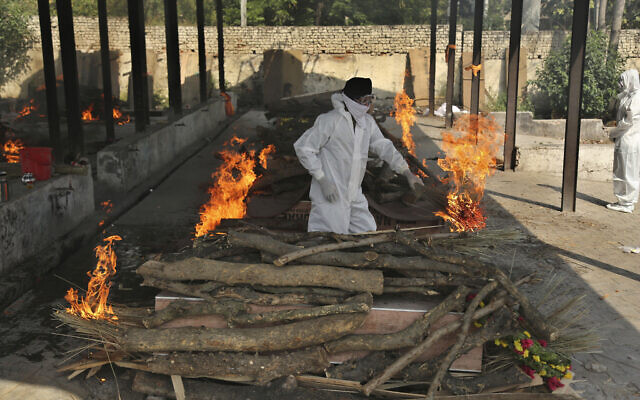 A family member performs the last rites of a COVID-19 victim at a crematorium, in Jammu, India, April 30, 2021. (Channi Anand/AP)

Last week the Kan public broadcaster reported that an unofficial request for medical equipment, including oxygen supplies and various drugs, was made to the Israeli embassy in India.

Israel and India have cooperated in the past on the coronavirus and last April, the New Delhi government reportedly sent Israel five tons of the drugs hydroxychloroquine and chloroquine, which are used to treat malaria. At the time, the drugs were being reviewed in various countries as a possible treatment for the coronavirus.

On Sunday, India recorded a slight drop in new infections with 392,488, down from a high of 401,993 in the previous 24 hours. It also reported 3,689 additional deaths, bringing the total number of fatalities to 215,542. Experts believe both figures are an undercount.

Other countries, including the US and Britain, have also said they will send assistance.

Sorgente articolo:
Israel to fly planeloads of medical aid to virus-wracked India – The Times of Israel